Grab your board and hit the streets as we check out the best Tony Hawk games of 2022.

It grew up playing these games. I can remember playing Pro Skater for the very first time back in 1999; I can even remember the day I pulled off a 1080 too!

Synonymous for having amazing soundtracks and fast-paced gameplay to boot, Tony Hawk games have dominated the genre for years now.

And you know what, I don’t see that changing for a very long time.

As someone who has played these games to death, I’m really happy to be talking about the best titles that I used to play with my friends and family as a kid.

And the titles that meant I could finally skateboard without falling over and bleeding everywhere.

So, without further ado, let’s jump in and crack on with Number 10! 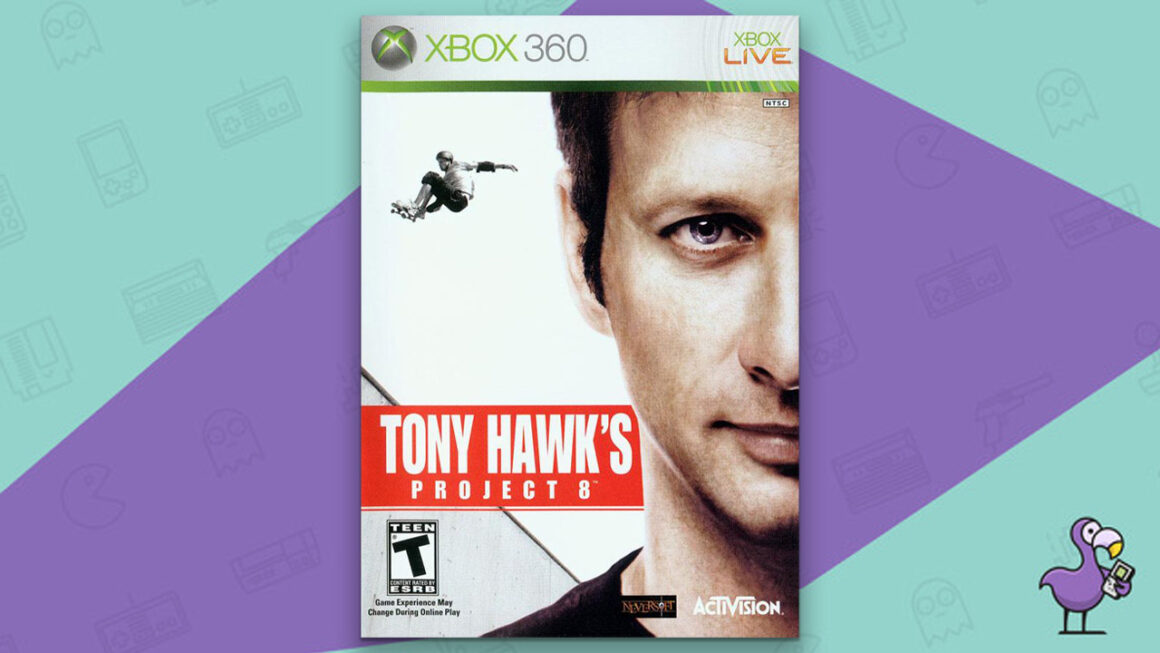 Tony Hawk’s Project 8 kickstarts this list of the best Tony Hawk games of all time. 8 skaters are needed for Tony’s new project, and he’s headed to your town to see if he can find any talent.

200 people working to win 8 spots in Tony’s elite group. Work your way up from a complete newbie to coveting the name of the best skater around.

Complete goals, improve your skills, and do everything in your power to catch Tony’s eye. 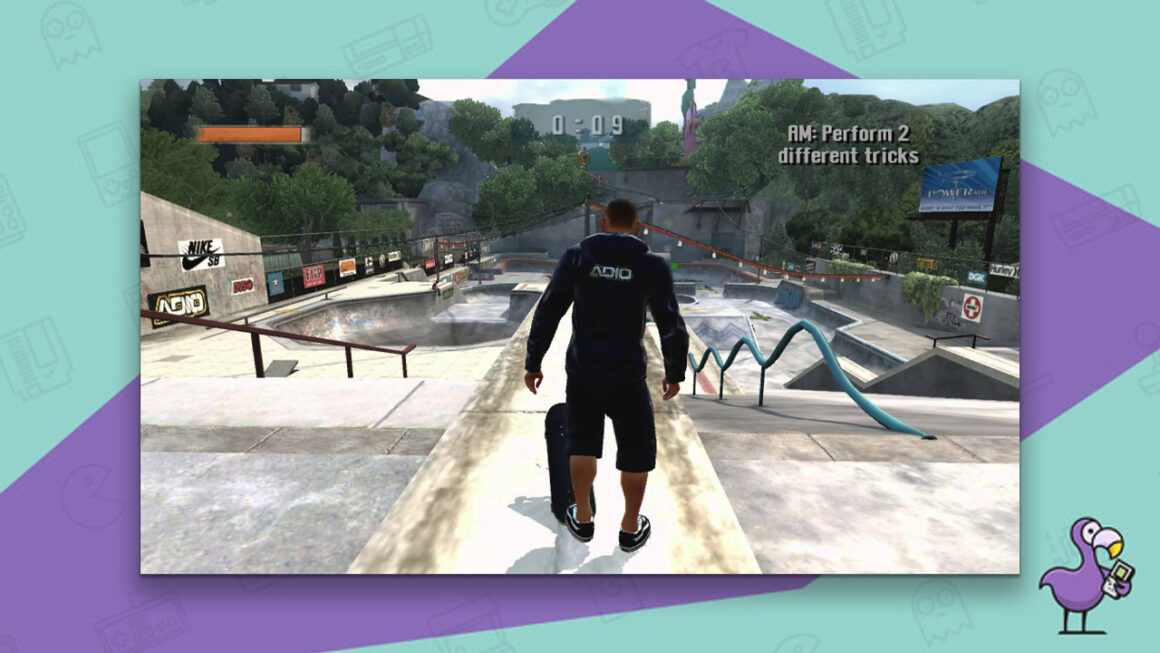 There’s the classic mode that we all know and love from the previous Tony Hawk games, but Project 8 has some neat new features that will prove exciting to fans of the series as a whole.

Spot spray painted lines that mark goals for you to reach, whether jumping or grinding a specific distance or keeping your balance while pulling off a manual.

There’s also a new feature that players can collect called ‘Stokens’, a currency used for clothing, shoe, tricks, and more.

If you get the PSP version, then there are 8 classic levels from the previous games including Alcatraz and The Mall.

Tony Hawk’s American Sk8land remains one of my all-time favourite DS games. It’s just a shame that there are so many amazing Tony Hawk games, otherwise it would have ranked a lot higher!

Those who played American Wasteland, don’t worry – it’s coming up. The portable version for the DS and the GBA might be based on said game, but it feels completely different while playing.

For starters, its cell-shaded. Imagine Wind Waker meets Tony Hawk, and you’ll get the idea. 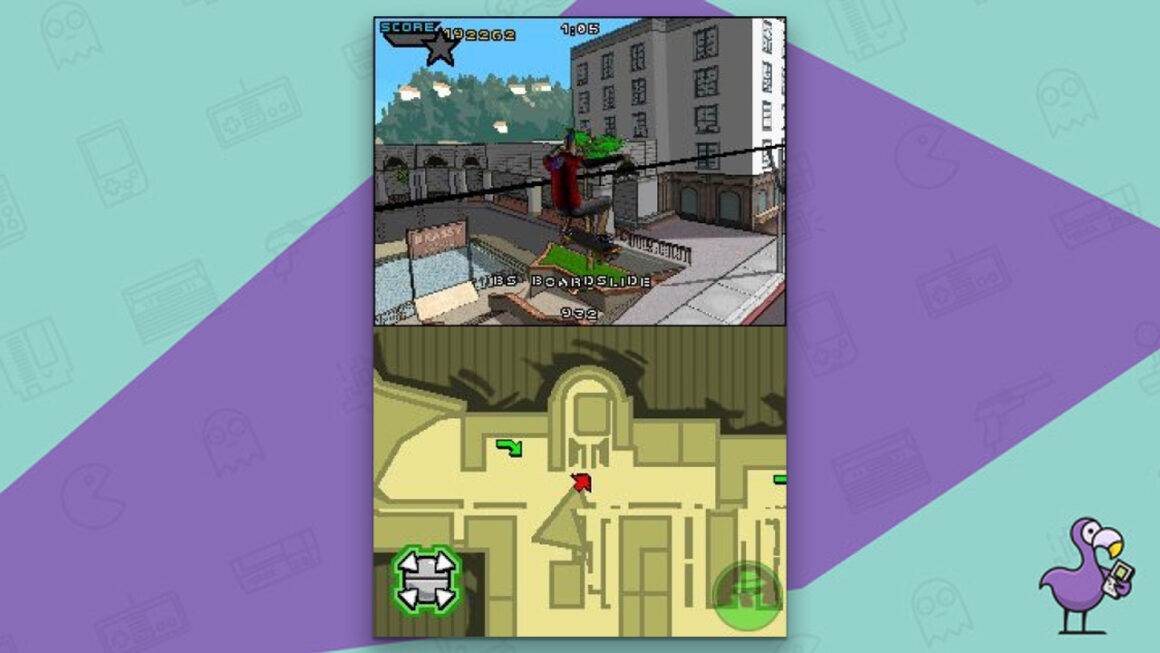 The main mechanics of the game are basically the same, but the comic book style really makes it feel like a completely different stand-alone title.

And using touch-screen controls on the DS really adds a whole new level of play too. It works really well on the GBA too, with players delving into make your own park and create a skater modes on the fly.

Just make sure you’ve got a worm light, otherwise you’ll be playing under street lamps once the sun goes down! 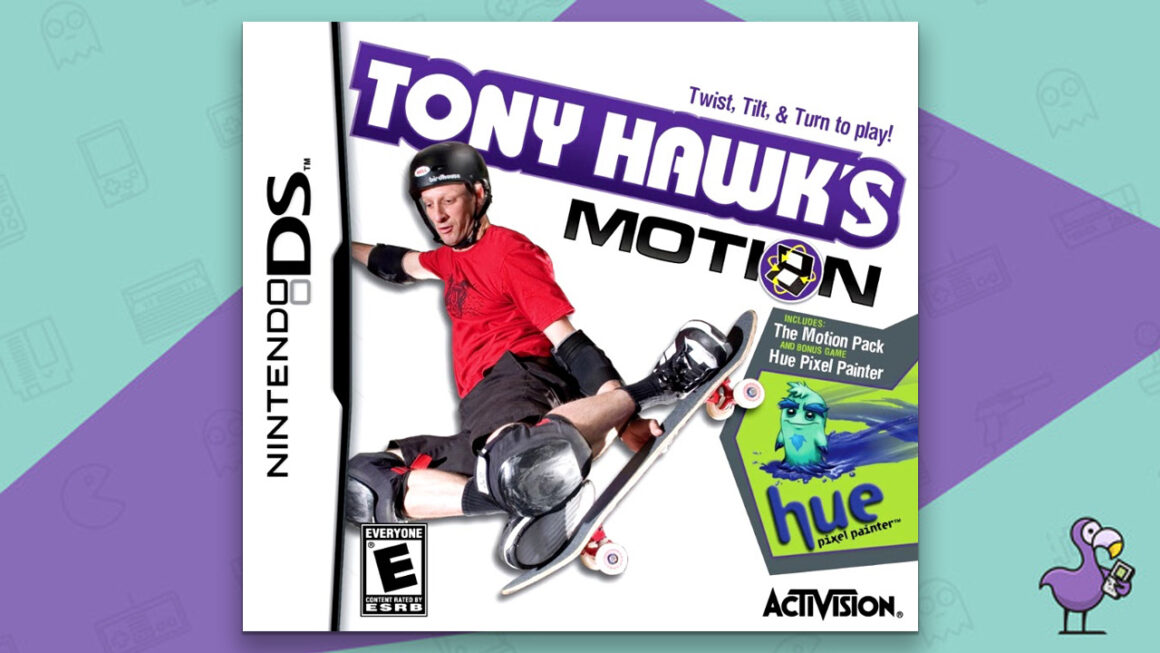 Tony Hawk’s Motion heads back to the standard look and feel of the series, though this time with a motion pack accessory that turns your original DS into a motion-sensitive controller.

Oh yeah, stuff’s about to get real gnarly!

Players put the DS game in the top slot and the motion pack in the GBA slot on the bottom of the DS. That does mean that this game will only work with old school DS consoles and not the DSi or 3DS. 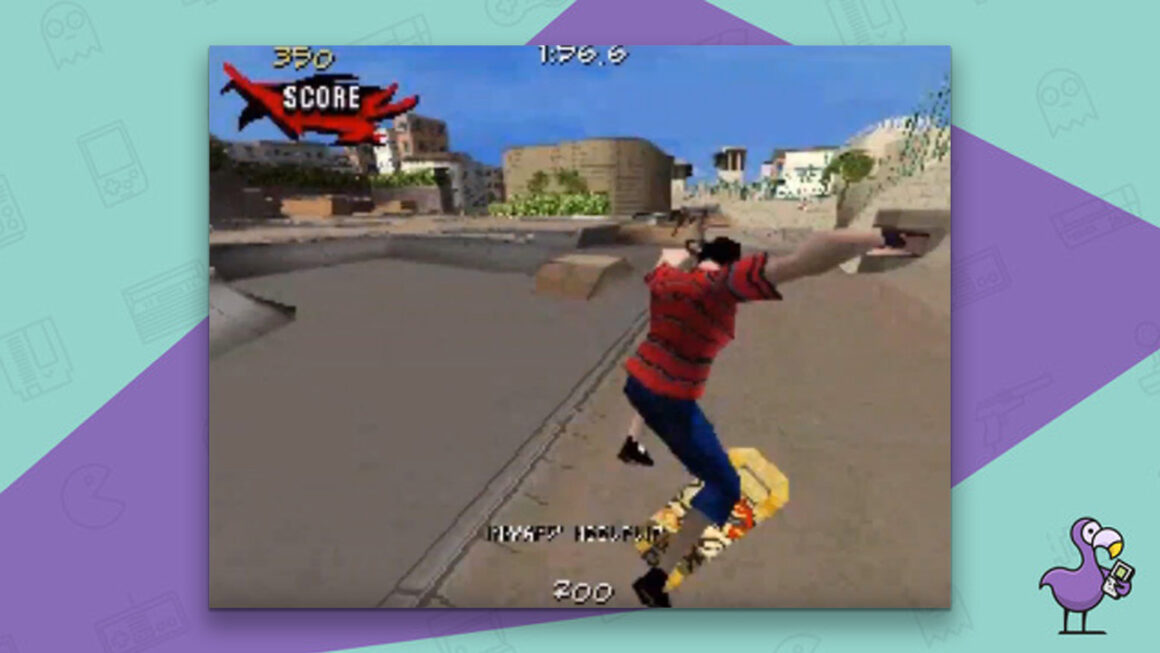 How do you mix up a Tony Hawk game? How about adding snowboarding to it?

Yeah, that’ll probably do it!

Board on powder and asphalt through the USA, UAE, Japan, and many more places as you complete challenges.

Tilt and turn to keep your manual going, use the shoulder buttons to grind, and pull off epic tricks ad you hit verts and half pipes.

There’s also a weird game where you have to move a coloured blob around a course that I haven’t played much, but it’s there if you get bored of skating! 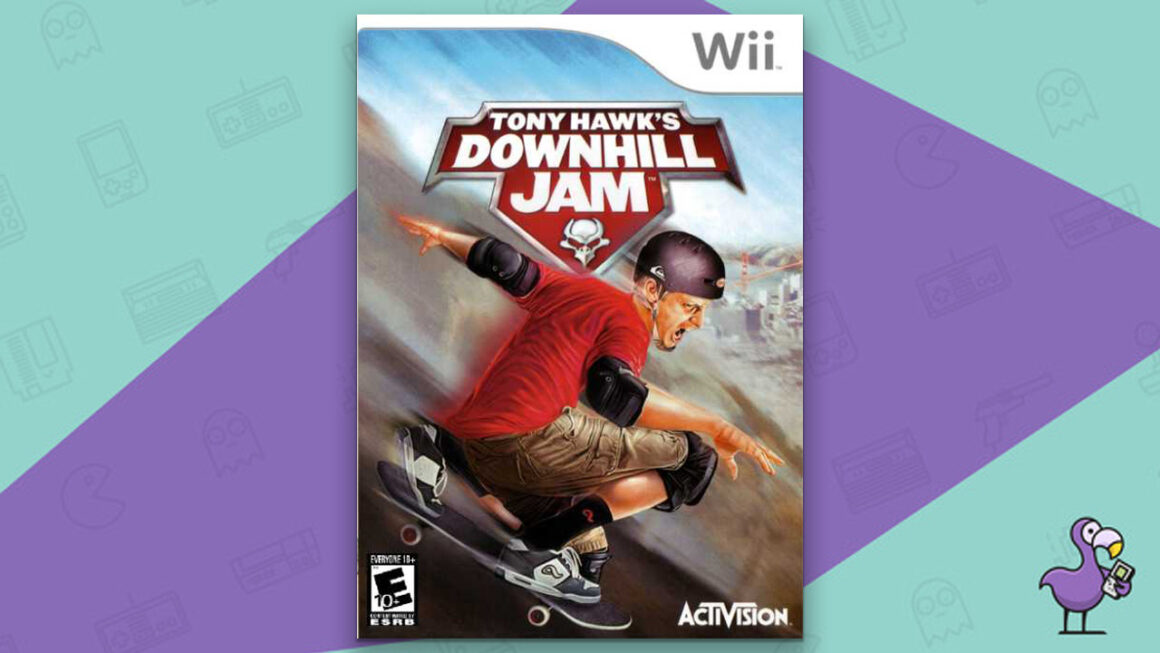 Tony Hawk’s Downhill Jam is all about maximising your need for speed. There’s one thing you need to do in this game; get downhill as quickly as possible.

The courses are incredible too; speed down through Hong Kong, Edinburgh, Machu Picchu and more. 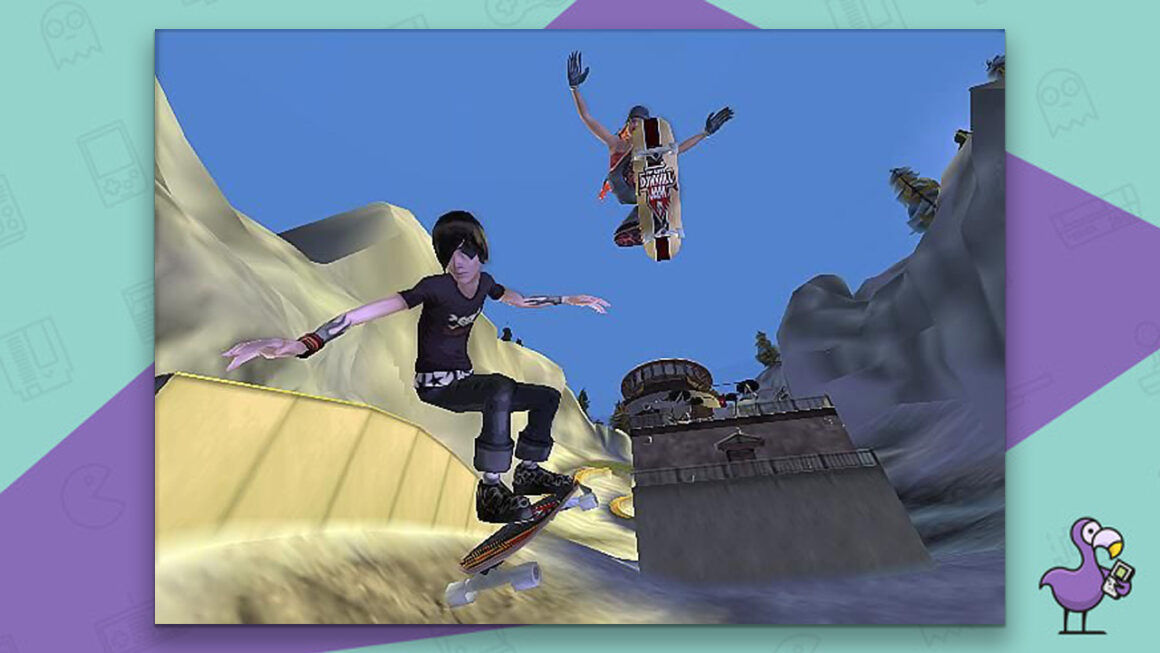 There are so many obstacles to encounter too, or avoid, in this case.

This game works well on the PS2, but it’s the Wii version that I love the most. Tilting the Wiimote to gain speed and do flips never gets old, and the local 4 player multiplayer is perfect for having mates round for couch co-op nights.

It’s more like 1080 Snowboarding than a traditional Tony Hawk game, but it makes a nice change and makes for some interesting gameplay.

Tony Hawk’s Pro Skater 3 takes the 6th spot in this list of the best Tony Hawk games, one of the games that hardly left my GameCube back in the day.

The upgrade in the graphics in this game felt unreal from THPS2 to 3. With new famous faces to chose from and loads of excited areas to skate through, it felt like everything we deserved after putting so much time into the second title.

Mess around as your favourite skater or create your own custom player. Dodge cars (or grab hold of them), avoid humans, and cover massive jumps, all with the GameCube controller wedged between your sweaty palms. 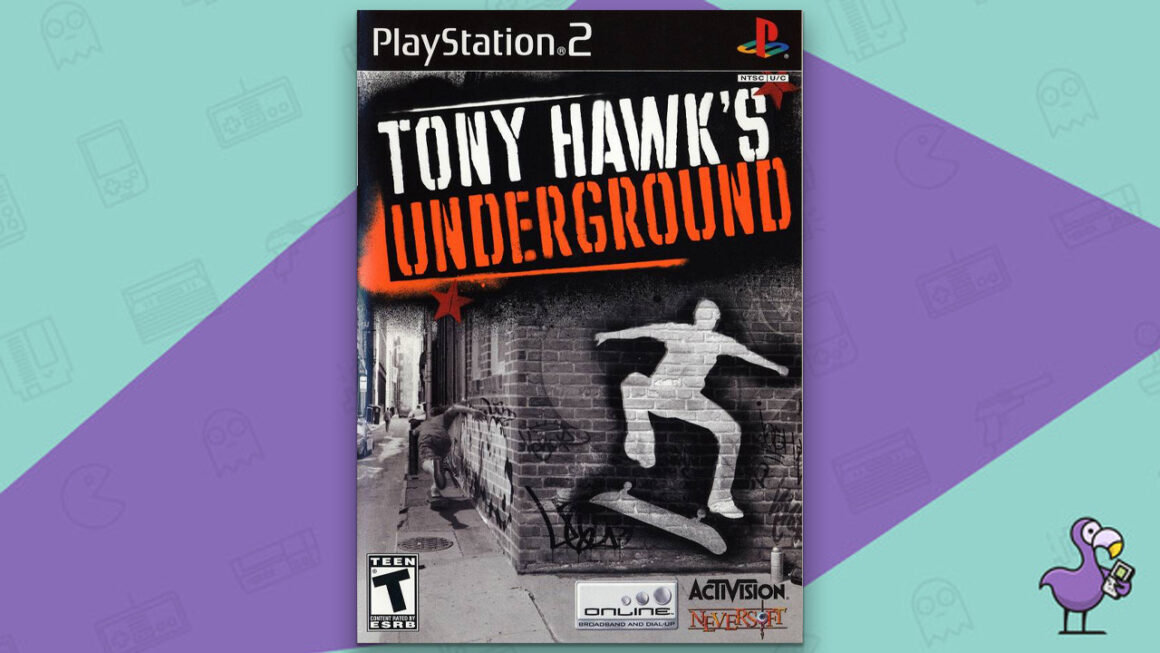 Tony Hawk’s Underground was the very first game in the series with a proper career mode. Like Skater 8 which would drop 3 years later, you aim to go from a nobody to a somebody, keen to buy a new board and show your skills to the masses.

Move from New Jersey all the way through to Vancouver, Moscow, Hawaii and more.

That’s one way to see the world at least, right! 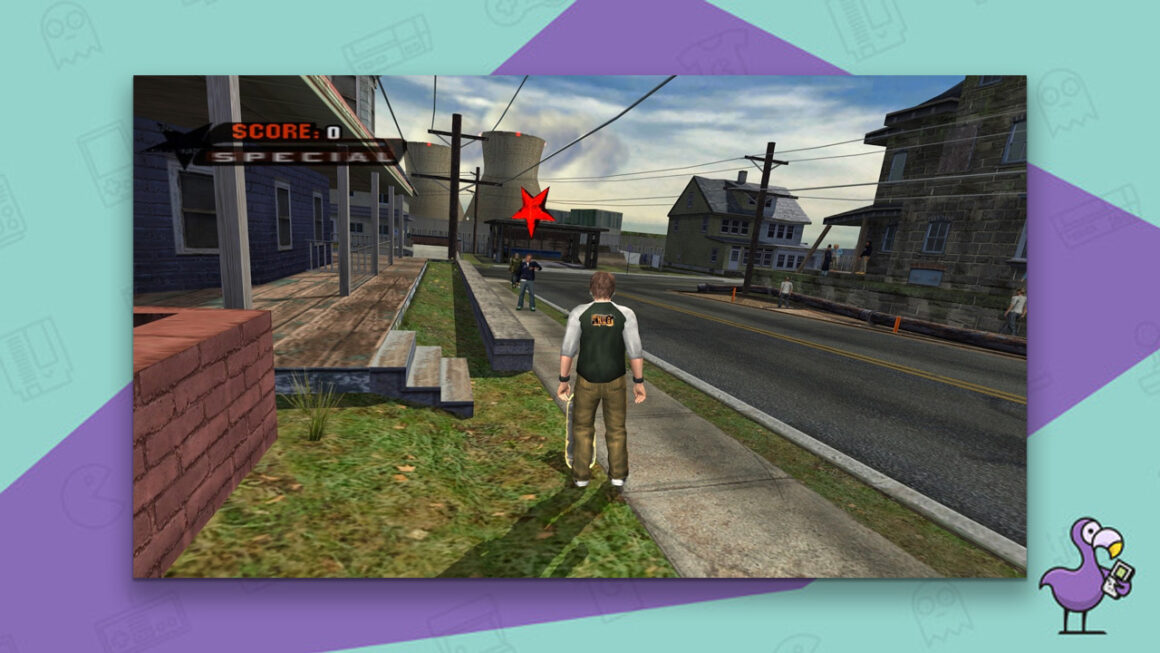 I know it might sound a little low-octane, but the newest feature to make it into Underground is actually getting off your board and walking around.

That means that you can do new features you would never have dreamt of back in the original Pro Skater days like climbing up towers to jump off or reaching epic jumps by sidling around buildings or shimmying along wires. 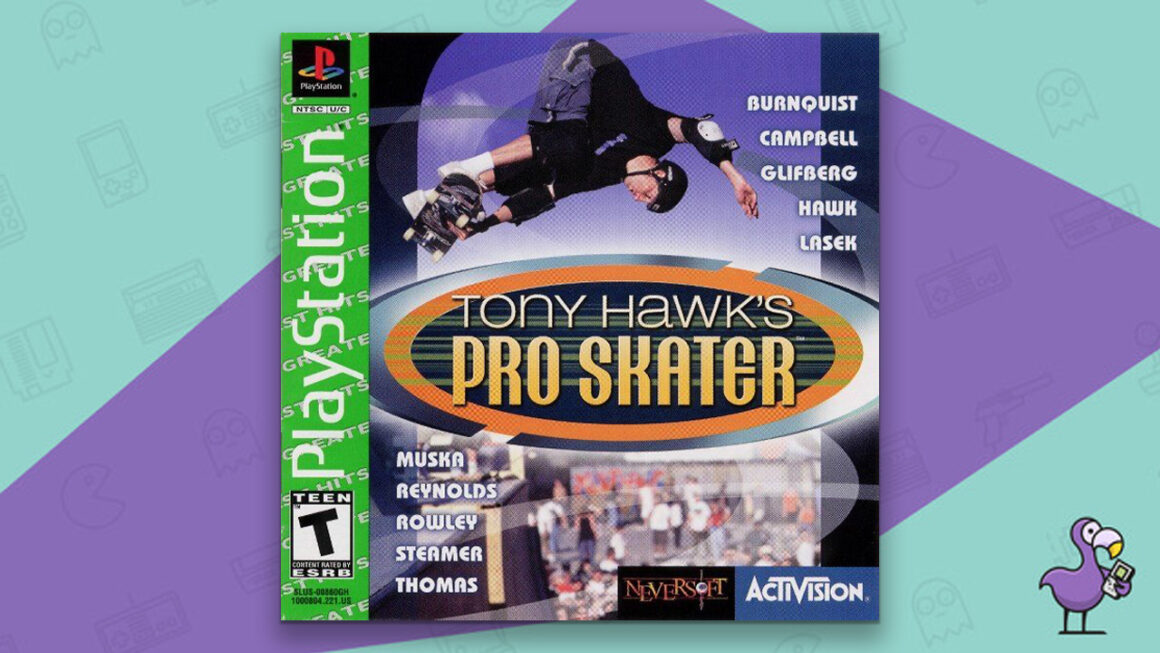 The original Tony Hawk’s Pro Skater game takes the 4th spot in this list of the best Tony Hawk games of all time.

The legendary title that started it all still remains one of the greatest games I and all the Retro Dodo team have ever played.

It’s just iconic; can you remember the first time that you turned it on and pulled off kick flip or grind without falling off and actually hurting yourself? 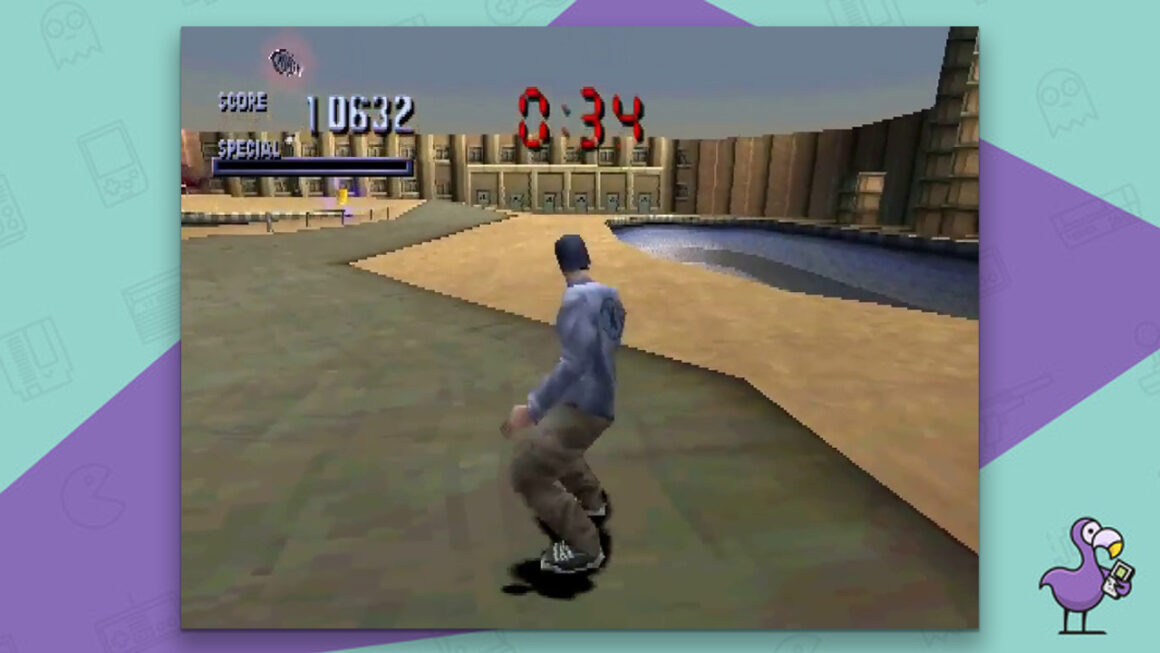 Collecting those videotapes felt so damn good back in 1999. Smashing through stuff and causing mayhem to collect one of those little VHS icons was all we lived for.

Then things got real in the competition mode, three heats to try and pull off the most points, manualling after the timer went down to keep the points going.

We knew all the tricks.

If you’ve never played any of these games before, make sure this is the one you start on. It’s a bona fide classic! 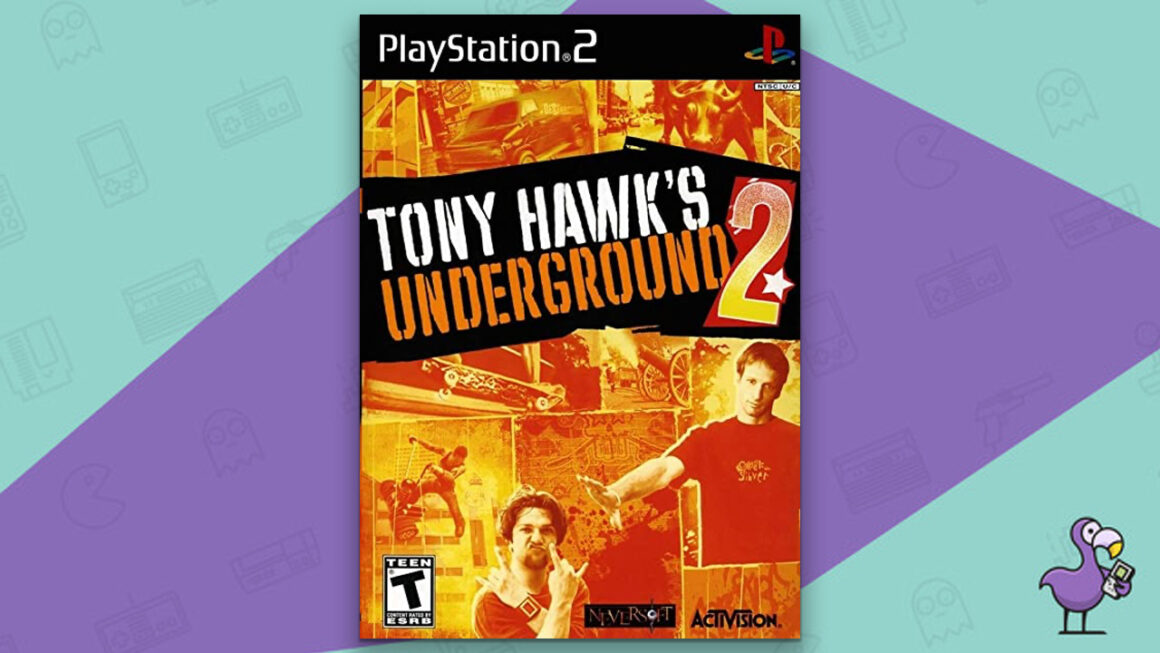