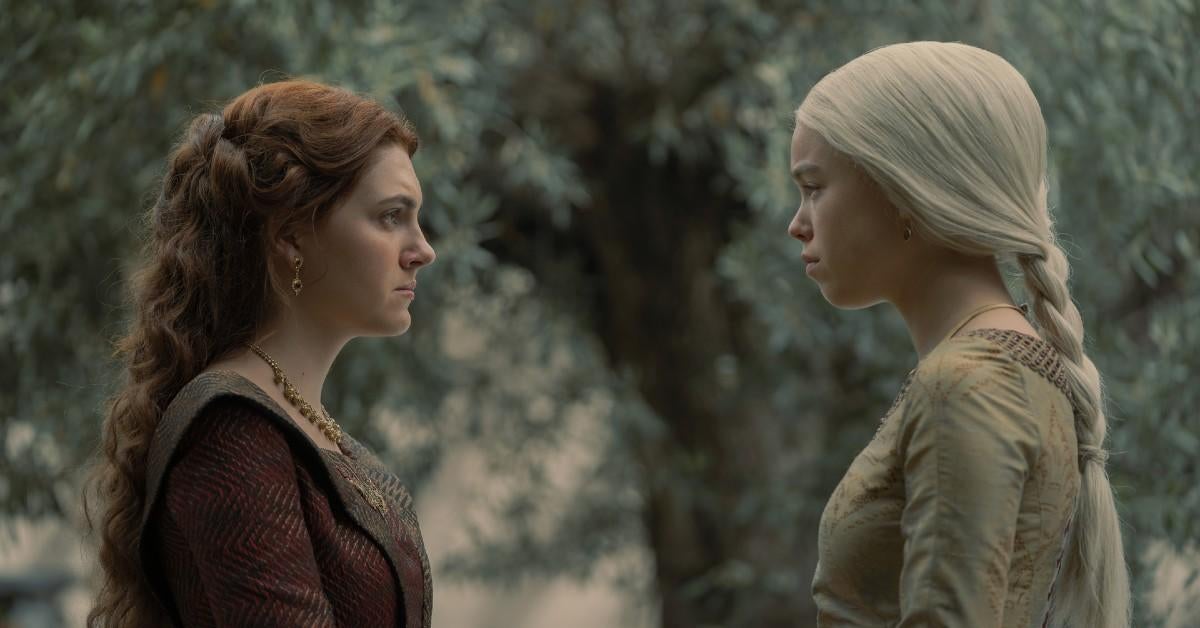 One thing that separates House of the Dragon from its predecessor, Game of Thrones, is the use of multiple time jumps and replacing its young actors with older counterparts. Just as fans became accustomed to seeing Milly Alcock and Emily Carey portray teenaged Princess Rhaenyra Targaryen and Queen Alicent Hightower, respectively, House of the Dragon replaced them with actors Emma D'Arcy and Olivia Cooke in Sunday's Episode 6, titled "The Princess and the Queen." Could this be the last time viewers get to see Alcock and Carey on House of the Dragon? According to showrunner Ryan Condal, the younger actors could make a return in future seasons.

"I mean, look, I don't know," Condal told Variety. Condal will be the sole showrunner on Season 2 after Miguel Sapochnik announced he would be exiting House of the Dragon after Season 1. He also confirmed writing has begun on Season 2, but the younger Rhaenyra and Alicent "are not a part of the story that we're telling, yet. That's not a thing that we're doing right now."

However, all hope is not lost. Condal admitted that while "Game of Thrones was not a flashback show," House of the Dragon can get "a little bit more fancy" with how it wants to tell its story. So if House of the Dragon decides to travel back to the past in future episodes, then Milly Alcock and Emily Carey could return.

"There are things that we haven't fully sorted out," he said. "I'm not closing the door on anything. So there, how's that for an answer?"

One thing House of the Dragon is done with is major time jumps. 10 years passed between Episodes 5 and 6, which is where we are introduced to Emma D'Arcy's Rhaenyra giving birth to her third child. However, Olivia Cooke's Queen Alicent orders to see the baby immediately, so she can see if Rhaenyra's husband, Laenor Velaryon (John MacMillan), is his biological father. After Alicent finds brown hair, and not white hair, on the baby's head, she knows the baby is the byproduct of Rhaenyra's affair with Ser Harwin Strong (Ryan Core).

"We wanted them to look similar enough that it wasn't one of these tropes where you're just meant to believe that that's the same person," Condal said in regards to casting the Rhaenyra and Alicent actors. "But ultimately, we needed great actors. It was definitely a process. As great as Emma D'Arcy and Olivia Cooke are, they were not the people that were going to begin the story. It was definitely a thing that we stressed over a lot. I think we succeeded. All four of them brought a tremendous performance to the show. I'm really proud of all of them."

House of the Dragon airs Sundays at 9 p.m. ET on HBO.