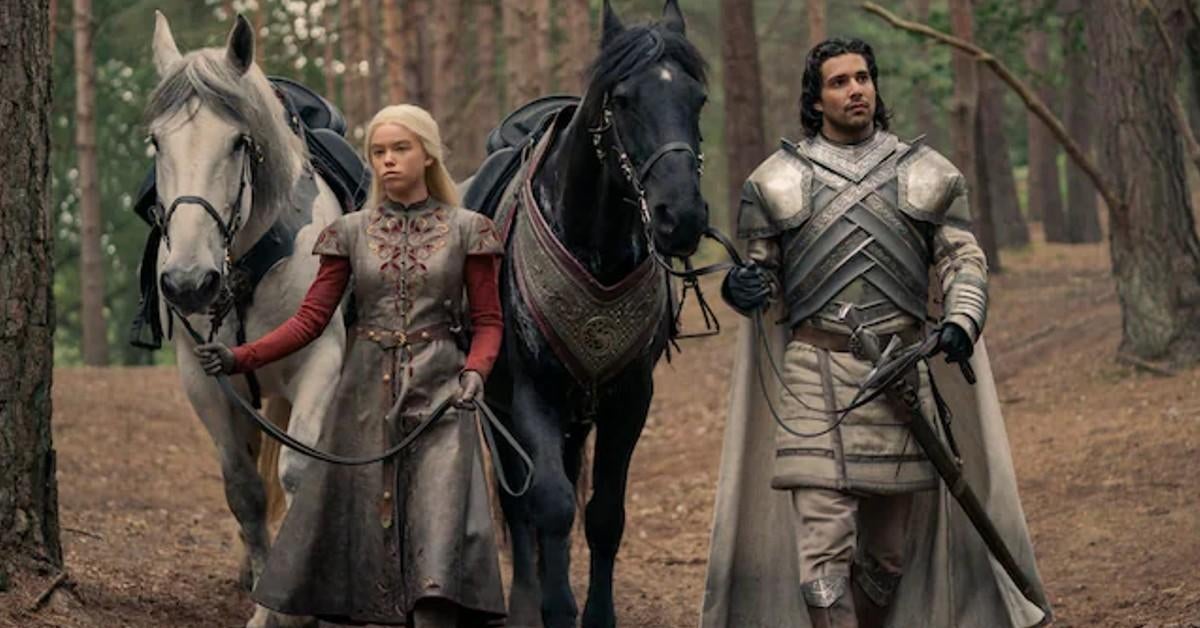 House of the Dragon's fifth episode is being released on HBO later today as the Game of Thrones prequel's viewership continues to rise. The new show takes place about 200 years before the events of the first series, which means it features a whole new cast of characters. Of course, joining such a popular franchise can be a bit nerve-wracking. In fact, Fabien Frankel, who plays Ser Criston Cole in the new show, recently admitted on The Official Game of Thrones Podcast: House of the Dragon (via IndieWire) that his nerves caused him to have a bit of an embarrassing experience on his first day of filming.

"The camera finally got around to me and I swear to God I literally forgot how to act. I couldn't do it! I didn't know what to do," Frankel shared. "I remember going, 'This is it, I've totally f*cked it.'" Frankel explained that former showrunner Miguel Sapochnik walked through "250 background artists" to talk to him about his flub.

"Fabien, what's up? What's going on with your face?" Frankel remembered Sapochnik saying. "It was just the worst f*cking experience of my life," Frankel admitted. Thankfully, Frankel quickly got over his fear and was able to complete his first scene.

It seems like the pressures of working on House of the Dragon affects everyone a little differently. Milly Alcock, who plays the fan-favorite Rhaenyra Targaryen on House of the Dragon, recently spoke with Nylon and admitted the show's success can be "straining." Of course, it's no secret that the show will soon be making a time jump and Alcock will be replaced by Emma D'Arcy, but it sounds like Alcock is ready to move on to her next project.

"I'm trying to not look at it and trying not to engage with it because it doesn't benefit me," Alcock said about being thrust into the spotlight. "It just makes me incredibly anxious. Me seeing my face constantly is straining. No one should have to do that. It f*ckin' sucks, man. I don't know how the socialites of the world can do that. It's kind of driving me off the wall. It's an incredibly difficult space to navigate."

As for Frankel, the actor recently talked to ComicBook.com's Brandon Davis about his character's future.

"That's up to our writers," Frankel said when asked if Ser Criston will become the leader of the Kingsguard like in the books. "Like, I think that, yeah, I mean, well, I think most of us read the book and it'd be exciting if that happens. If it doesn't, I'm sure that they'll create some other great concoction of something amazing. So we'll see, you know, we'll see."

House of the Dragon's fifth episode will be available to watch on HBO tonight.