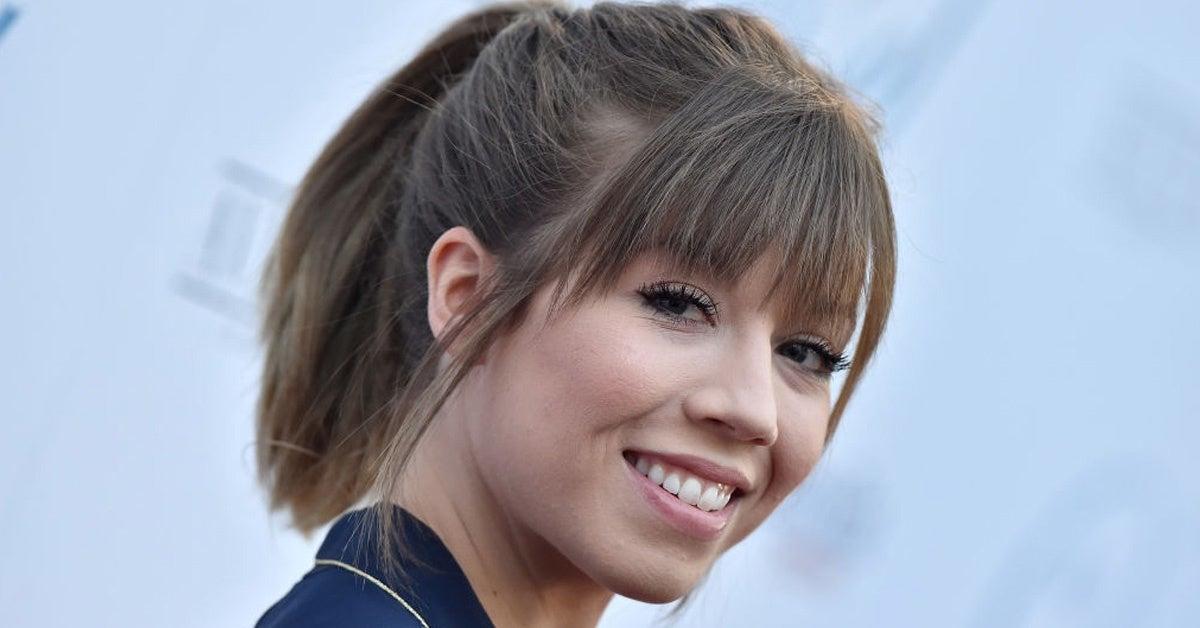 Jennette McCurdy has been back in the spotlight a lot in recent weeks, following the debut of her best-selling memoir I'm Glad My Mom Died. In the book, McCurdy recounts her life as a child actor on shows like iCarly and Sam & Cat, as well as the abusive and controlling relationship she had with her mother, Debra, who passed away in 2013. McCurdy's recounting of her experience has shed new light on her decision to step away from acting in 2017 -- and in a recent interview with The Daily Show with Trevor Noah, McCurdy revealed that she's still scared of getting sucked back into the trials and tribulations of celebrity culture.

"I have been scared of that," McCurdy revealed. "There have been a few times when I have done some press that shall not be named where it's so bizarre because I'm, like, hearing the pre-roll of, you know, they show, like, the clip of from the past or whatever and it's so dramatic. It's like, 'McCurdy vanished from the spotlight after her traumatic childhood with the devastation.' It's like, 'Geez, can we calm down?'"

McCurdy said that said since it's "easy to lose sight of reality in these environments," she tries "to keep myself grounded and stay on top of therapy and being in touch with things that are really good touchstones and grounding tools for me."

"I do not want to get lost in it," McCurdy explained. "But also, I will say, I trust that I won't. I don't think I had the tools before to not get lost in it and to not feel sort of caught up in the whirlwind of showbiz, but now I feel like, you know what? There are some elements that are cool about it -- like this -- and then, there are some that aren't and that's fine. I can use my own discernment and just be grateful for the good experiences."

In I'm Glad My Mom Died, McCurdy reveals that she was approached to return as Sam Puckett in Paramount+'s revival of iCarly, but decided against it.

"[I said] 'Miranda, I'm not doing the reboot. There's nothing you can say to convince me,' McCurdy writes. "She tells me she thinks the reboot could be an opportunity for all of us in the cast to 'get back out there,' maybe get some other opportunities from it."

"'But there are things more important than money. And my mental health and happiness fall under that category,'" McCurdy recalls telling Cosgrove. "There's a moment of silence. It's one of those rare moments where I feel like I didn't say too much, or too little. I feel like I represented myself accurately and there's nothing I would change about the way I said it. I feel proud. We wrap up our conversation, promising to keep in touch, and hang up."

The iCarly revival has been renewed for a third season, which will premiere exclusively on Paramount+.