Napoleon Dynamite Cast Reuniting for Pilot Based on Comic Book 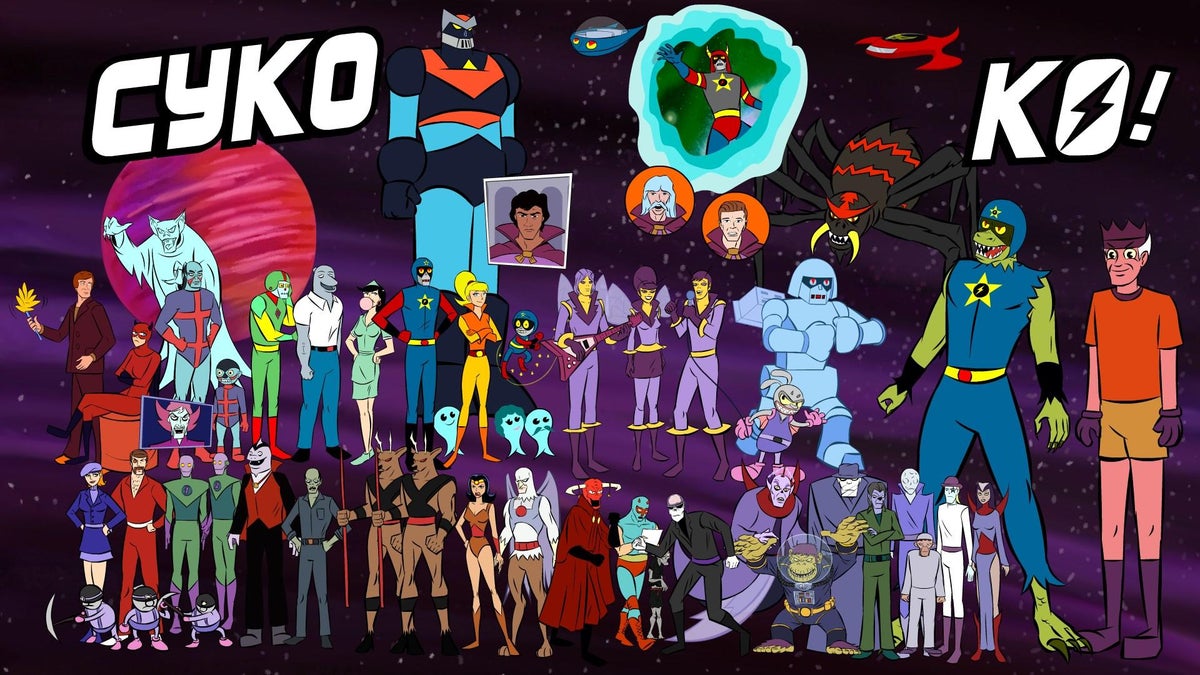 The cast of beloved indie comedy Napoleon Dynamite are reuniting -- but not for a sequel to the series. Instead, they will be working together on Cyko KO, an animated pilot being released through blockchain technology and based on Rob Feldman's Ringo-nominated comic book of the same name. Heder will play the titular hero, in an animated series that will be an all-ages series with a wild, Saturday morning cartoon-influenced dynamic. Heder will be joined by Napoleon Dynamite costars Tina Majorino, Efren Ramirez, and Jon Gries.

According to a description provided to Deadline, who first broke the news, the character is billed as a "fourth-wall breakin', pinball-addicted, cereal eatin', motorcycle-ridin' hero." The series will follow him, sidekick Peachy Keen and their pet Meemop, as he protects the colonies of SuperEarth from giant monsters and crazy characters "in this Saturday morning cartoon-inspired, all-ages title."

"The dream has always been to bring Cyko KO to the world of animation, and to do so through bleeding edge technology," said Feldman in a statement. "Between this incredible cast reunion and our partners at Theta, Replay, and Verified Labs, we are going to create something incredibly special for the fans who have supported Cyko and his friends for the past seven years."

The project will begin its animated life as a 12-minute pilot, which will launch on blockchain tech firm Replay's Rewarded.TV web3 streaming service. Production will be covered using revenue from an NFT collection from Theta Labs' ThetaDrop, which will drop on Friday, September 30, at noon PT.

According to the Deadline report, the NFTs will unlock the show and other film titles and series, with viewers of Rewarded.TV titles earning Replay's native RPLAY tokens by watching films, series and live TV in what they're describing as a "watch-to-earn ecosystem."

Cyko KO's NFTs will operate like crowdfunding money, not only paying for production and distribution, but also offering other perks, including the chance to meet the cast of the show or a cameo appearance in the pilot.

Feldman will be showrunner through Earworm Media, which he runs. Rocketship Entertainment, which he founded in 2019 with Tom Akel, is co-producing alongside Replay and Verified Labs, a Web3 production studio which was co-founded by Heder.