The NBA 2K series has had its ups and downs but for the most part it still enjoys a relatively solid reputation among its core players, which is more than can be said for other comparable game franchises for other sports. With the newest offering from the NBA 2K series, that shouldn’t change much, as the multiple ways to enjoy the core mechanics of the series do a good job of making sure there are at least a few things here that just about any basketball fan will enjoy. From the old to the new and the casual to the expert, the biggest thing this game gets right is its inclusive approach to all potential players. While it does end up with a few fouls by the end, the net result of this one is a game that doesn’t shake things up a lot but makes enough tweaks around the edges and includes enough variety of modes to deliver one of the more solid games the series has had in recent years. 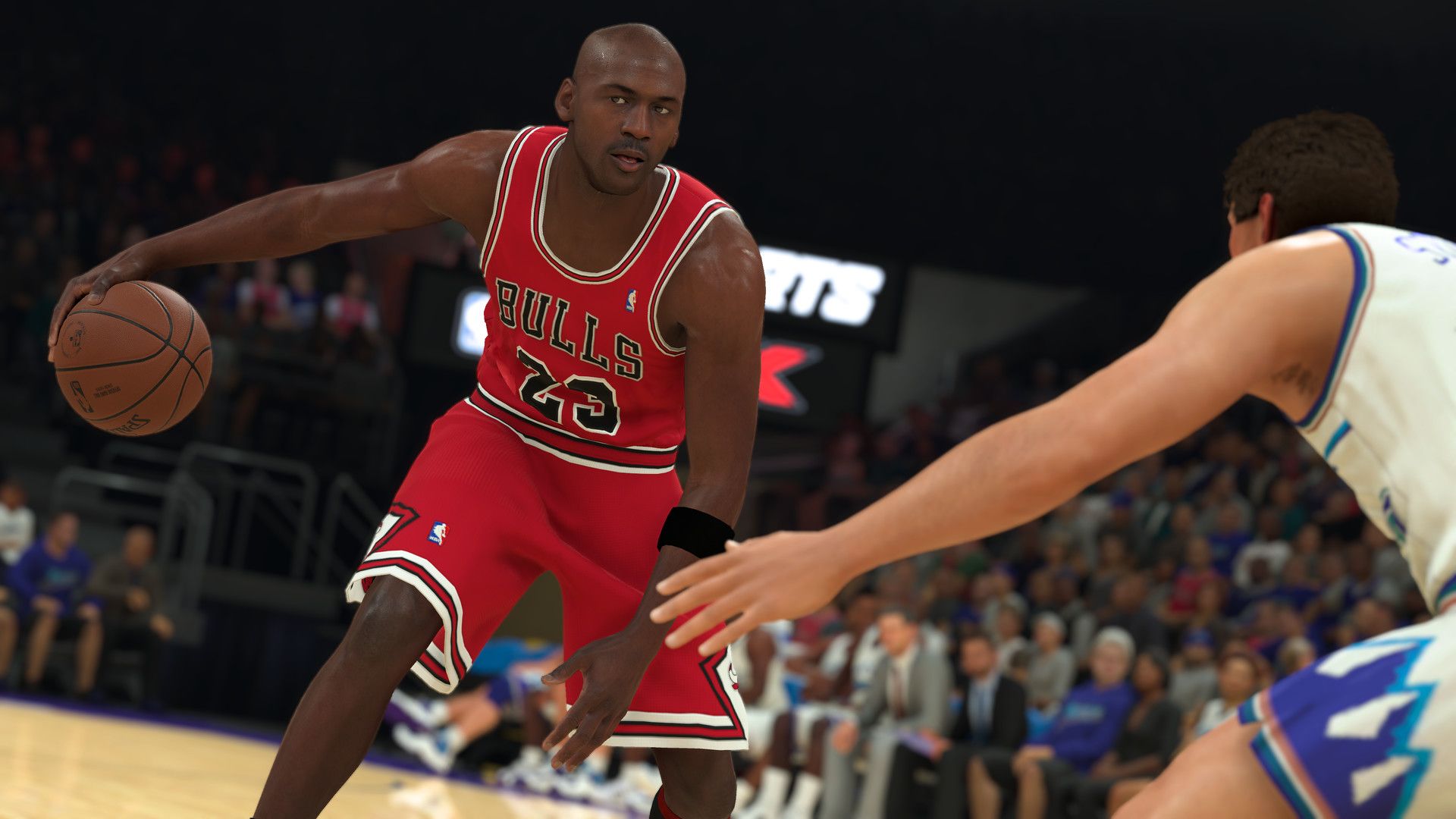 "While it does end up with a few fouls by the end, the net result of this one is a game that doesn’t shake things up a lot but makes enough tweaks around the edges and includes enough variety of modes to deliver one of the more solid games the series has had in recent years."

Out of the relative wealth of modes on display here, you might be tempted to first jump into the Jordan Challenge mode first, like I was. This mode goes all the way back to Michael Jordan’s North Carolina days in the early 80s and builds from there with a nice selection of iconic games from the GOAT’s career. Appropriate filters are applied that do an excellent job recreating the feel of those older games, as well as the retro-style camera angles that almost feel like an ode to NBA Jam. Aside from regulations of the era being reflected in these games and the whole thing looking like it’s recorded on an old VHS tape, which you can turn off if you want to, it’s still largely the same core NBA 2K gameplay mechanics at work, though and that’s a perfectly good thing. It’s a neat experience and definitely scratches a unique itch in the sports game world better than most recent attempts at similar things in other games. That said, some janky animations and stiff interactions still persist between players and can take you out of the experience a little more often than I would have liked. But that’s an issue throughout the game, and not really related to this mode. The developers clearly know that they’re on to something here, as you can also dip into other iconic eras of the sport’s history in the MyNBA Franchise mode for different flavors of that same type of nostalgia.

If that’s not your thing though, you’ll likely be diving into the My Career mode first and likely spending a lot of time there. Selecting from a pretty standard selection of character models and an equally standard set of strengths for your custom player, my career can provide some pretty entertaining moments. Character models are inconsistent with their levels of detail and expressiveness, but aggressive camera work and some pretty decent voice acting helps keep the many scenes together and working fairly well. Here you can play out a custom career, mosey around your apartment as well as an outdoor world that is not at all fun or interesting to be in (although it is made slightly more fun when you’re skateboarding… slightly…). Roaming around completing quests is an odd thing to want to cram into a basketball sim, and I appreciate the idea, but it didn’t quite come together for me as a format for this type of game. Especially considering the frame rate drops about as much as the sluggishness of controlling your character seems to go up. Either way, this is one of the beefier modes of the game and if you want to get your money’s worth, there is a lot of content here. 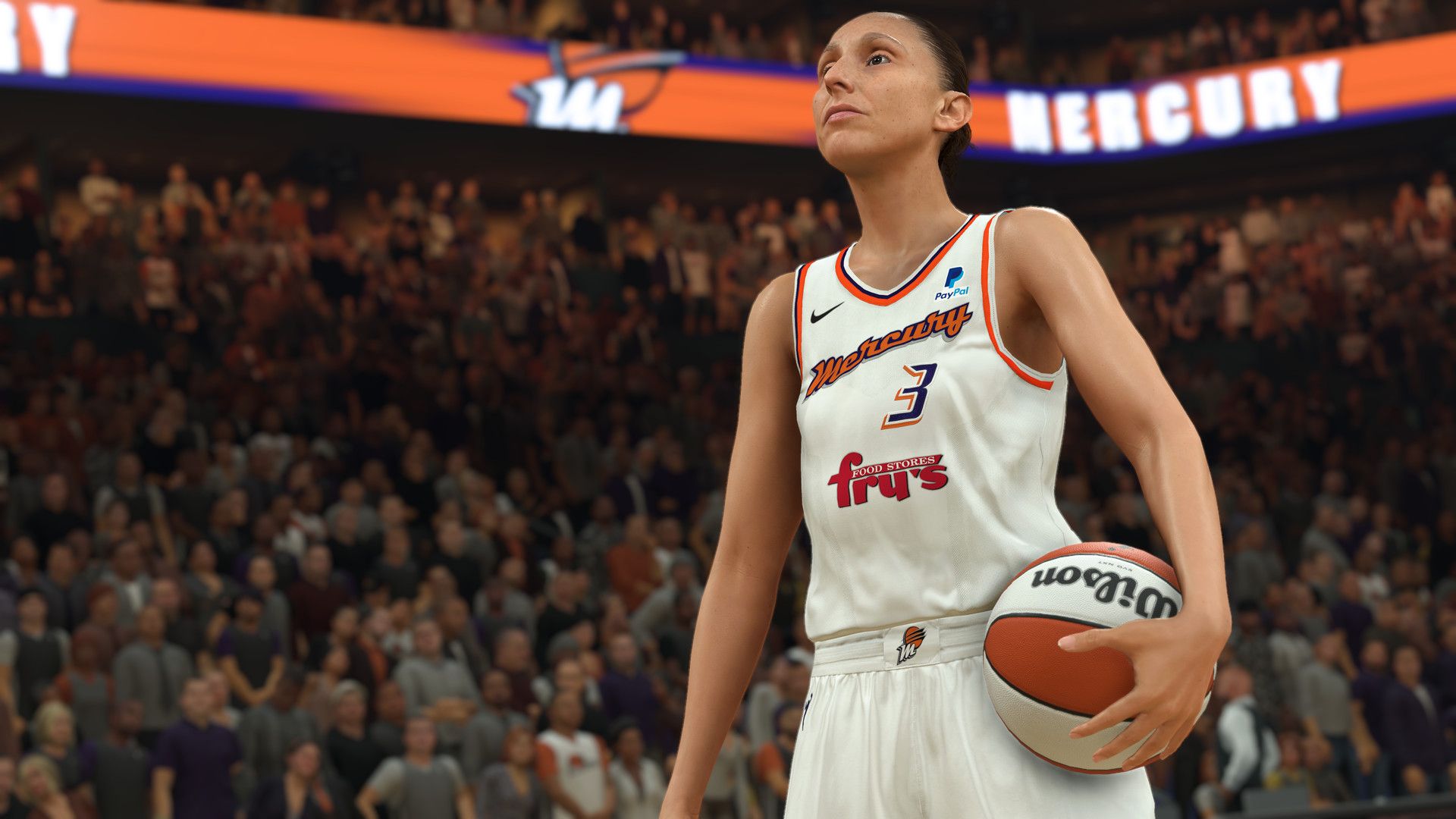 "Roaming around completing quests is an odd thing to want to cram into a basketball sim, and I appreciate the idea, but it didn’t quite come together for me as a format for this type of game."

Graphics and animations are certainly improved from previous versions. Sweat beading on players’ skin, shorts wafting from the sudden speedy movements of the legs inside of them, and a host of other things will definitely stand out from time to time. It’s inconsistent though, as most modern sports games have become known to be. Side characters and audience members don’t look particularly good and seem to lack quite a bit of detail at times, while star players often occupy the polar opposite end of the spectrum. So, while I’d say this is an improvement, it’s just not in a way that makes them look on-par with other fully-priced AAA offerings outside of the sports genre, which is interesting as I remember a time when sports games were the best-looking games around. But perhaps that’s a conversation for another day.

One thing that stuck in my craw a bit more was just how bumping into other players or out maneuvering them rarely triggered a convincing reaction from them. So, while the opponent AI might be smarter on paper, I feel like the game is leaving a lot of the potential for that on the table when players aren’t illustrating those improvements to me in a convincing way.

Another thing that seems to be widely accepted as normal despite being completely asinine is the always-online barriers baked into the experience for seemingly no reason. The game warns you that some progress won’t be saved unless you register your email with the game and “go online”, which is just weird. Even worse, some modes cannot be played at all without the user registering a connection to the internet. I can understand that for some features, perhaps, like the connected overworld where players cross paths with each other, but why not just have an offline version of that for those that might be experiencing an outage or just not have good internet? Yes, it’s 2022 and most folks have decent internet now, but millions still don’t, and outages are a thing, so for a full-priced game like this to make such few accommodations for offline play does rub me the wrong way in this case.

WNBA modes also make a nice showing with a similar suite of modes that closely mirror the NBA offerings. This mode honors the differences between the two sides of pro basketball pretty well with different cutscenes while also feeling like it’s still part of the same game. I got to say I might actually enjoy the feel of WNBA more as it felt just a smidge more arcadey. 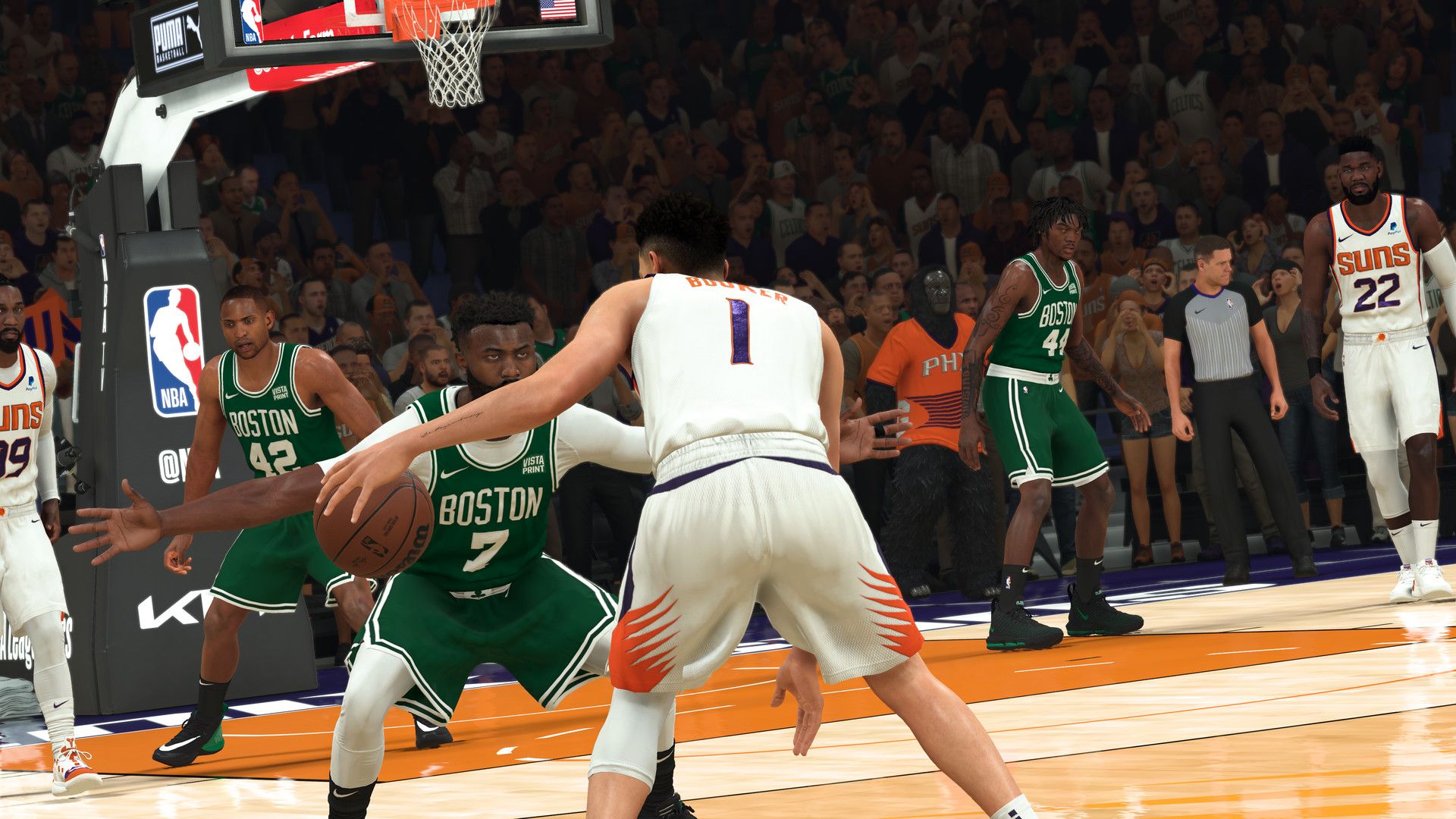 "Better graphics, smarter opponents, as well as some notably cool ideas like the adrenaline boosts that make sudden movements easier and an addicting badge system do indeed add some much-needed depth. The other side of the coin is that aggressive microtransactions, inconsistent performance, and rigidly always-online functionality continue to bog the series down."

From some neat new ideas to some much-needed upgrades, NBA 2K23 makes a solid effort to feel like a holistic basketball sim and probably will be more than enough to justify dumping dozens of hours into for long-time series fans. Better graphics, smarter opponents, as well as some notably cool ideas like the adrenaline boosts that make sudden movements easier and an addicting badge system do indeed add some much-needed depth. The other side of the coin is that aggressive microtransactions, inconsistent performance, and rigidly always-online functionality continue to bog the series down.