Rick and Morty Shouts Out One of Black Mirror's Wildest Episodes 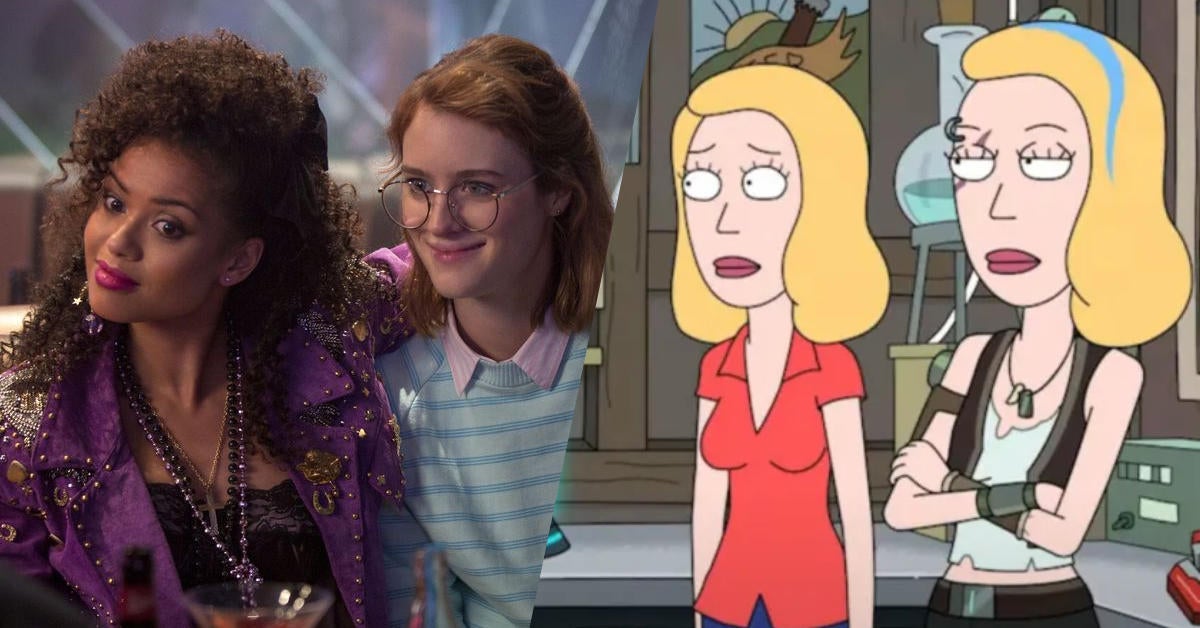 Rick and Morty shouted out one of Black Mirror's wildest episodes. "Bethic Twinstinct" starts out like a Thanksgiving special with nods to the titular duo's last adventure on the holiday. But, then things get a little strange when Beth falls for her clone from outer space. Rick walks in on Space Beth and his other daughter using virtual reality to craft a life together. Hearing the scientist say they're doing a full "San Junipero" got a big laugh out of fans online. Of course, Rick is referencing the Black Mirror episode from Season 3. San Junipero saw two women named Yorkie and Kelly fall in love inside of a simulation and end up together. The beach setting for the Beths watching the sunset helps drive the joke home. Rick and Morty has really been piling on the TV references in the early going of Season 6. With how many Sci-Fi dystopias the main characters visit, it's funny that Black Mirror is only being explicitly name-dropped now. Check out the joke down below.

Black Mirror creator Charlie Booker sat down with Collider to talk about the iconic episode a few years ago. "Yes, suffragettes and cavewomen! The renaissance! But the logic for me, in writing it is that the different areas or different years are almost like different rooms," Booker admitted. "I was thinking of things like Grand Theft Auto, and then there's Grand Theft Auto: Vice City, which was like an '80s re-skinned version of Grand Theft Auto--and how they all exist concurrently. But people gravitate towards their own era, nostalgia therapy is a real thing that's being tinkered with. So for them, it's an era that for them was very special."

He added, "When I was first thinking about the story, it was a heterosexual couple. And then I thought, okay, what if that isn't the case? I was trying to change up how we do things, it was the first episode that I'd written for this new season. And it subverts quite a lot of the Black Mirror rules. In a way, it was a bit of a palate cleanser for me. Technology does ruin our two people. And as soon as you think, 'well, what if they're a same sex couple, what happens then?'"

"And all sorts of resonances began to present themselves. Like a same sex couple getting married in 1987, which wasn't possible then, you can gift them that in this world," Booker continued. "And it felt like a nice thing to do for the characters apart from anything else and it chimed with the theme of going back and exploring facets of things that you hadn't gotten to do at the time, really. Which is kind of what both of them were trying to do. Because Kelly was obviously married to a guy, and Yorkie had the physical side of her life snatched away from her. And then in terms of the writing of it, I tried not to think of that. It's just two souls."

Did you love the Black Mirror reference? Let us know down in the comments!