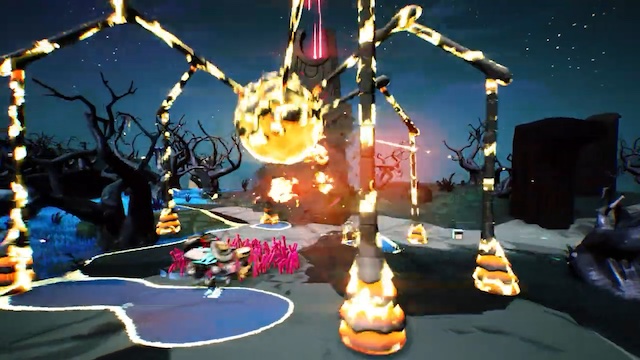 Shoulders of Giants is a third person Sci-Fi roguelike action adventure where you simultaneously control a gunslinging space-frog and a big sword-swinging robot.

Playable in single-player or co-op, Shoulders of Giants sees you controlling an odd pairing of a space-frog and a giant robot as they hack and shoot their way through procedurally generated landscapes. During combat you can instantly switch between control of the … Read More