Unlock the world of Atelier Ryza 3 in February 2023

Yesterday’s Nintendo Direct featured the first glimpse of Atelier Ryza 3: Alchemist of the End & the Secret Key. Switch players will have to wait until February 24, 2023, to play this final chapter in Ryza’s story arc, but KOEI TECMO America and GUST studios have now provided additional details to hold us over.

Featuring the fan-favorite alchemist, Reisalin Stout, Alchemist of the End & the Secret Key is set a year after the events of 2021’s Atelier Ryza 2: Lost Legends & the Secret Fairy. Yashichiro Takahashi—who delivered the script for the original Atelier Ryza: Ever Darkness & the Secret Hideout—returns as lead writer for Ryza 3.

The latest summer escapade finds Ryza and friends enjoying their peaceful lives on Kurken Island when they hear news that a mysterious group of islands have appeared in nearby waters. It turns out that these islands, known as Kark Isles, are having a negative effect on their homeland, so Ryza and her friends quickly set out to investigate. But when their investigation leads to an enormous gate deep within strange ruins, Ryza hears a haunting voice in her head that wants to lead her to the ‘Code of the Universe’. Who is talking to her and what lies beyond the gate?

While uncovering the mysteries of Kark Isles, Ryza and her friends will explore four regions in a new “open field” – all explorable with seamless transitions! As players travel through these beautiful and vast sprawling landscapes and vistas, they will find mysterious keys that will aid them on their adventure. There are various types of keys that can be found and created, useful for exploration, synthesis and battle. Each key has a different effect, so players will want to try experimenting with them as the keys to unlocking the island’s secrets are now in your hands.

One of the joys of the Atelier series—and especially the “Secret” series—is exploration, so the “open field” approach is sure to appeal to fans. 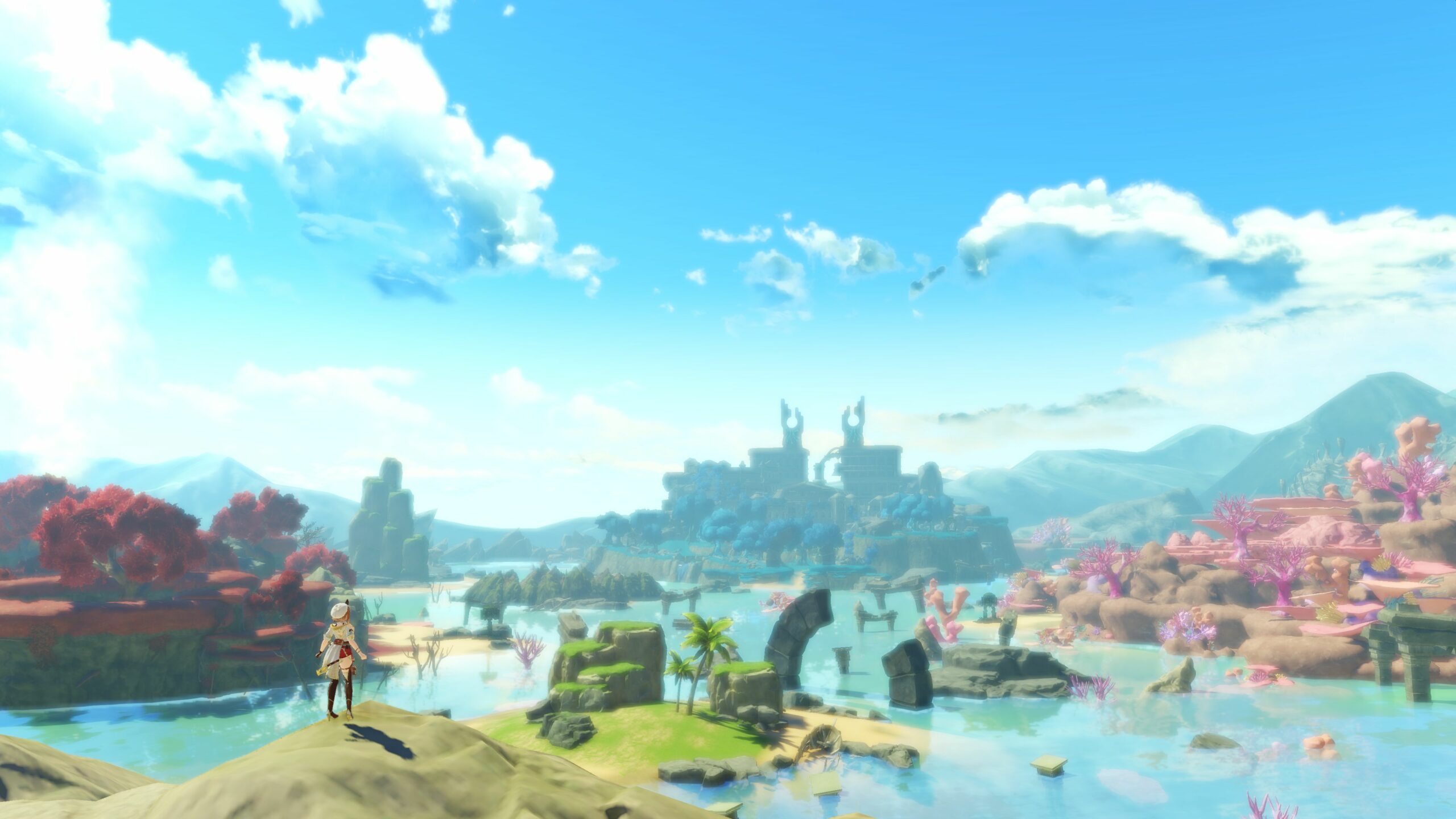 Of course, the wonderfully written characters are also key, and players will be happy to know that a total of eleven party members—both new and returning—will be featured. These, of course, include Ryza, Klaudia, Tao, and Lent. More characters will be revealed in the coming months.

In addition to standard physical and digital version, a Premium Box of Atelier Ryza 3: Alchemist of the End & the Secret Key will be available exclusively through the NISA Online Store. This version will contain an artbook, original illustration B2 cloth poster, special clear file (set of 2), mini acrylic character charm, early access DLC code for Ryza’s “Marine Look of Kurken Shore” costume, and a copy of the game all packed into a beautiful collectable box.

Those who do stick with the physical or digital copies can get a special set of seven Summer Look costume as early purchase bonus if they buy the game within two weeks after launch. If you miss it, no worries; these costumes may be available for purchase at a later date.

For more information on Atelier Ryza 3: Alchemist of the End & the Secret Key, check out the official TGS Livestream on September 16 at 19:00 JST or visit koeitecmoamerica.com/ryza3/.

The post Unlock the world of Atelier Ryza 3 in February 2023 appeared first on Pure Nintendo.