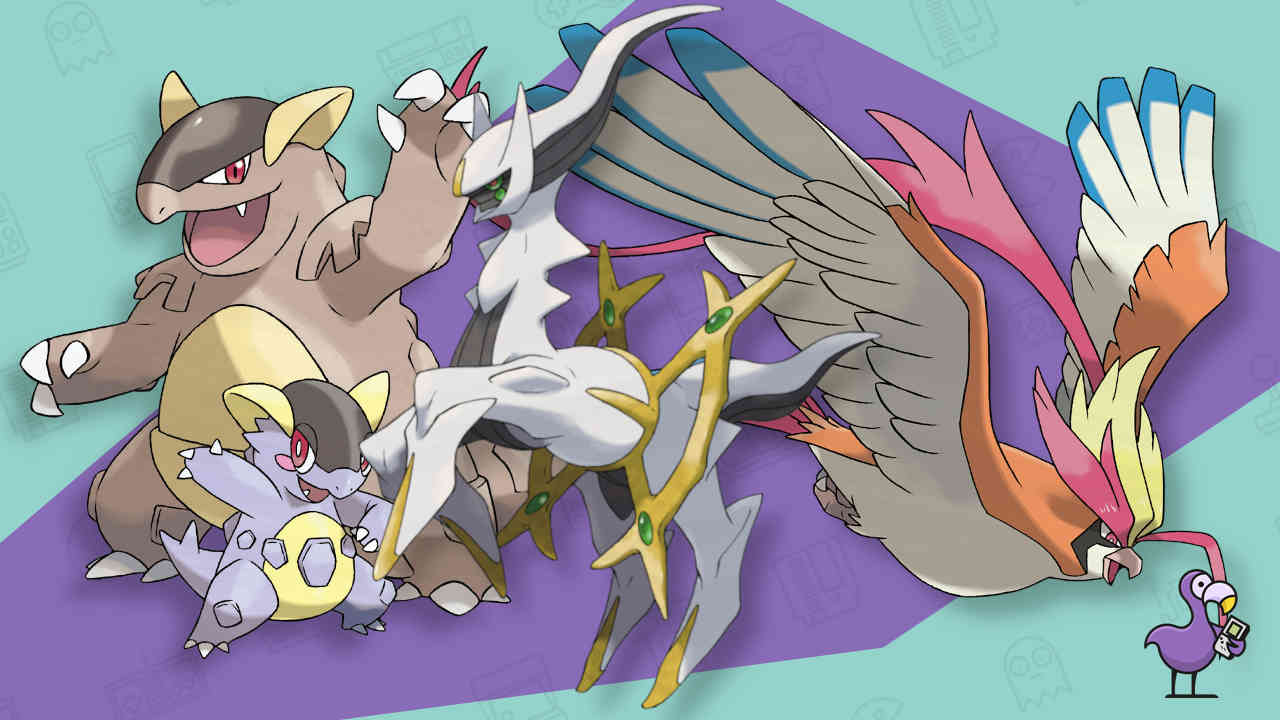 It’s time to get back to basics as we check out the best Normal type Pokemon!

What is Normal? Though this isn’t the place for a philosophical debate, when it comes to Pokemon, Normal means basic – and common too.

Of the 920-plus Pokemon in the Pokedex, a pretty large 130 of them have Normal as at least one of the types they’re identified by.

Normal type Pokemon will almost always appear from the very first route you visit in any game and are also quite common beyond that too.

Despite the large number of Normal type Pokemon in the game, some are definitely much better than others. Which ones though?

Let’s find out, as we check out the best Normal type Pokemon!

Debuting in Pokemon Legends: Arceus, Ursaluna is a Normal and Ground type Pokemon that evolves from Ursaring (which evolves from the incredibly cute Teddiursa – and all three evolutions appear on our best Bear Pokemon list!).

Ursaluna doesn’t have the most consistent stats – with its disappointing Sp. Atk and Speed – but it does have great HP and way above average Attack too, with a Defense stat that’s not too bad either.

It might be a bit of a slow mover, but it can certainly do some damage if it gets those hits in! 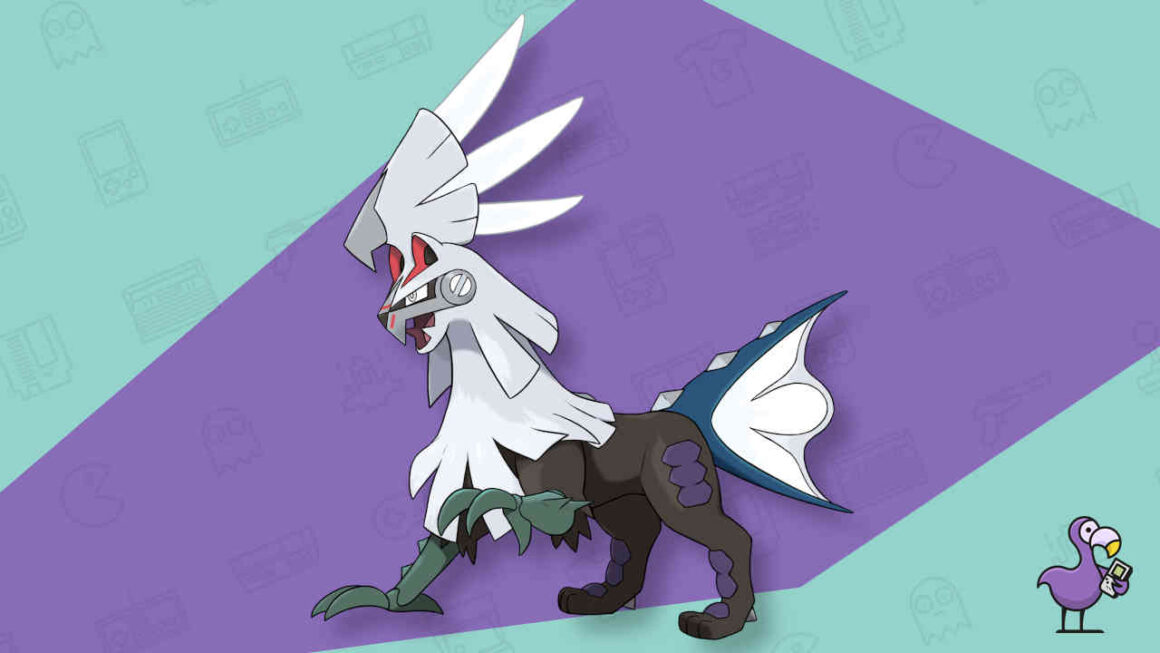 Going from a Pokemon with inconsistent stats to one whose stats are exactly the same number across the board – let’s check out Silvally!

Introduced in seventh generation games Pokemon Sun and Pokemon Moon, Silvally is a Normal type Pokemon whose species categorises it as a ‘Synthetic Pokemon’.

Silvally evolves from the Type: Null Pokemon when its Friendship is at 220 or higher – and when it does evolve, its Speed increases dramatically.

Along with Silvally’s Speed, the other, aforementioned stats are all pretty good too. They’re all at the exact same level and they’re all above average.

Though Silvally is a Normal type Pokemon, its RKS System ability will change its type depending on the memory disc that it’s holding – which makes Silvally a useful and versatile choice for any Pokemon party! 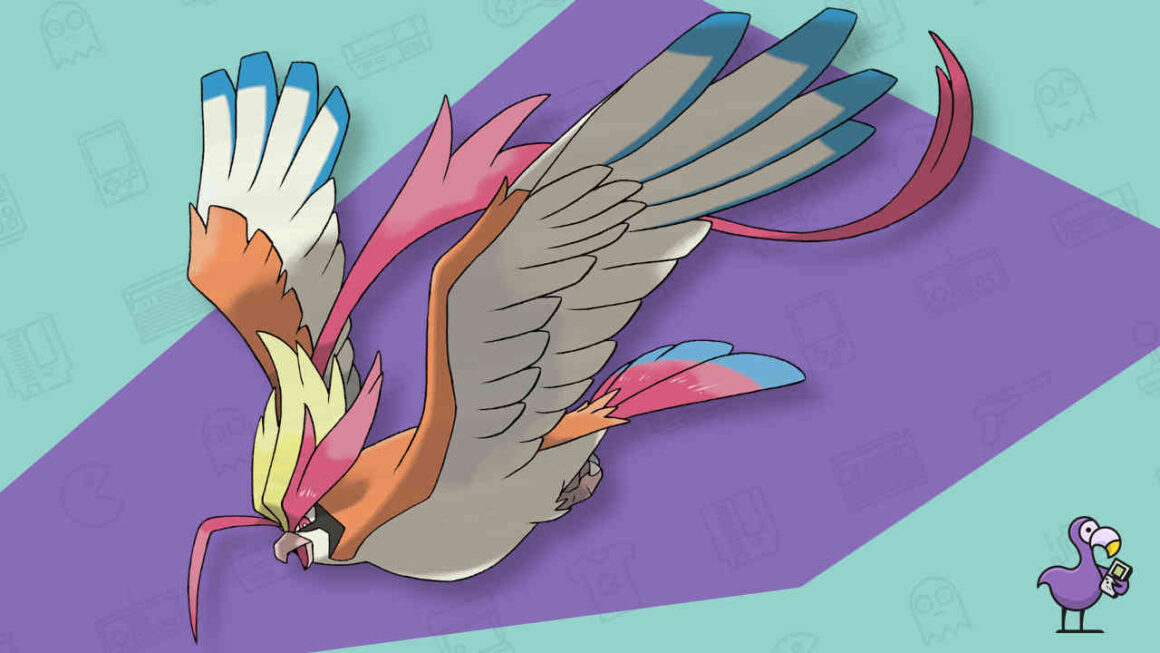 Yet the Mega Pidgeot is a pretty recent addition to the Pokedex.

First appearing in Pokemon Omega Ruby and Pokemon Alpha Sapphire, Mega Pidgeot is a Normal and Flying type Pokemon that can be gained if Pidgeotite is held by a Pidgeot – as long as its Trainer has a Key Stone.

It’s well worth going through this process too – Mega Pidgeot has outstanding Sp. Atk and Speed stats, but it also has a secret weapon: the No Guard ability.

No Guard ensures that all attacks used by Mega Pidgeot hit without fail; though it does have a weakness – in that it means any attacks aimed at Mega Pidgeot won’t ever miss – with Mega Pidgeot’s high Speed, it’s sure to get the first attack and gain the upper hand.

So this was a clear choice for the best Normal type Pokemon list! 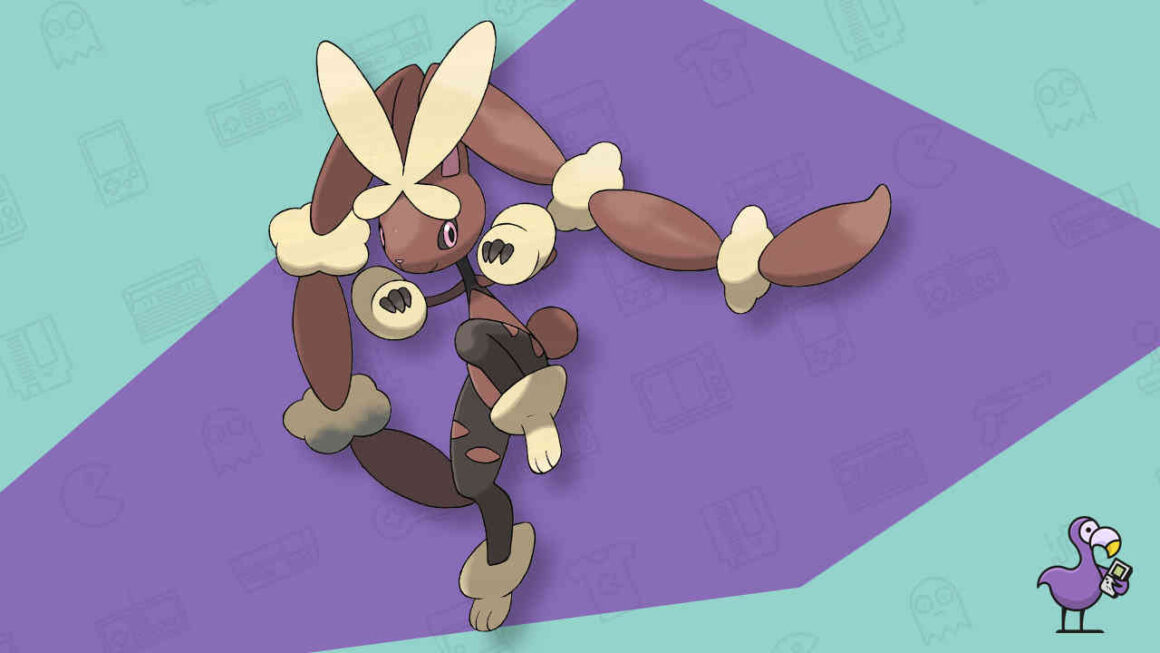 Not the first – or the last – Mega Pokemon on the best Normal type Pokemon list, Mega Lopunny is a surprisingly capable Pokemon.

Why surprisingly, you ask? Well, Lopunny itself – a Normal type Pokemon, which first appeared in Pokemon Diamond and Pokemon Pearl as an evolution of Buneary – is pretty mediocre.

So, at Retro Dodo Towers, we were surprised when Mega Lopunny turned out to be such a powerhouse!

Seriously, the Speed and Attack stats that Mega Lopunny has are incredibly impressive. As well as those two important stats, Mega Lopunny’s ability – Scrappy – allows it to hit elusive Ghost type Pokemon, which is the icing on the cake.

It wasn’t possible to evolve a Lopunny into Mega Lopunny until generation six titles Pokemon Omega Ruby and Pokemon Alpha Sapphire, but it was clearly well worth the wait! 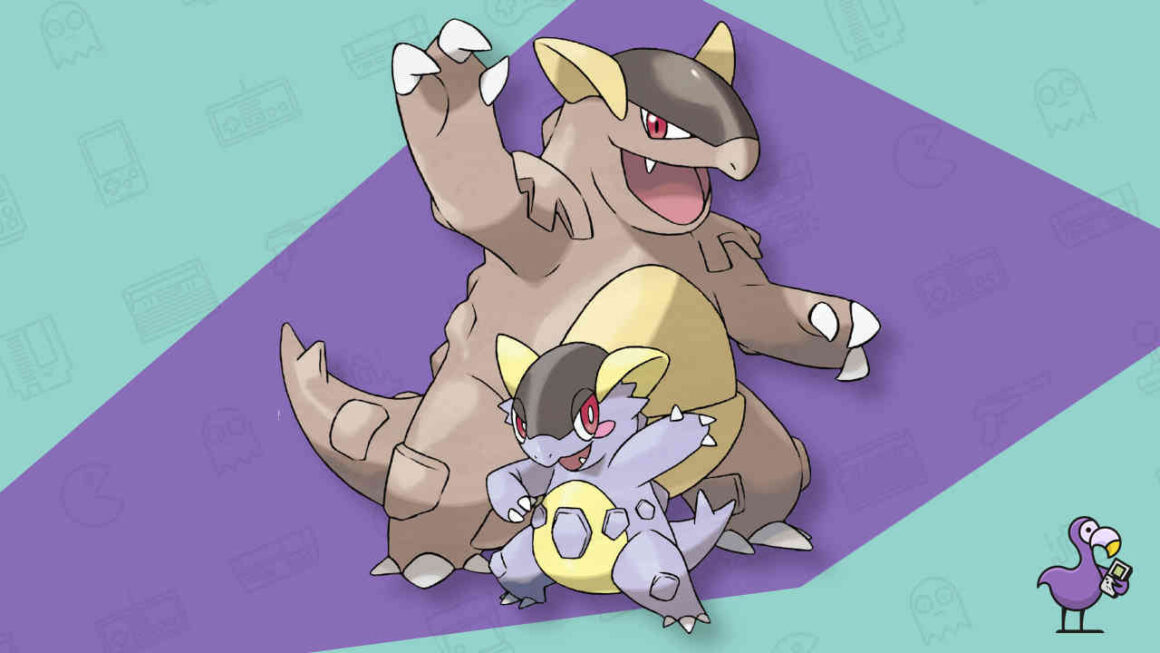 At number six, we have another Mega Pokemon!

Kangaskhan is also another OG from the very first Pokemon games – though the Mega variant wasn’t added to the Pokedex until sixth generation titles Pokemon X and Pokemon Y.

Mega Kangaskhan has a strong Attack stat, but it also has above average stats for everything else – aside from Sp. Atk.

This Kangaroo-esque Pokemon also splits into parent and child in its Mega form, but is still counted as one Pokemon – which kind of feels like cheating, doesn’t it?

Especially as it has the Parental Bond special ability, which allows Mega Kangaskhan to hit its target twice every time it attacks – first at 100% and the second at 25%.

This alone makes it a truly powerful Pokemon – and one that’s well deserving of its place on the best Normal type Pokemon list! 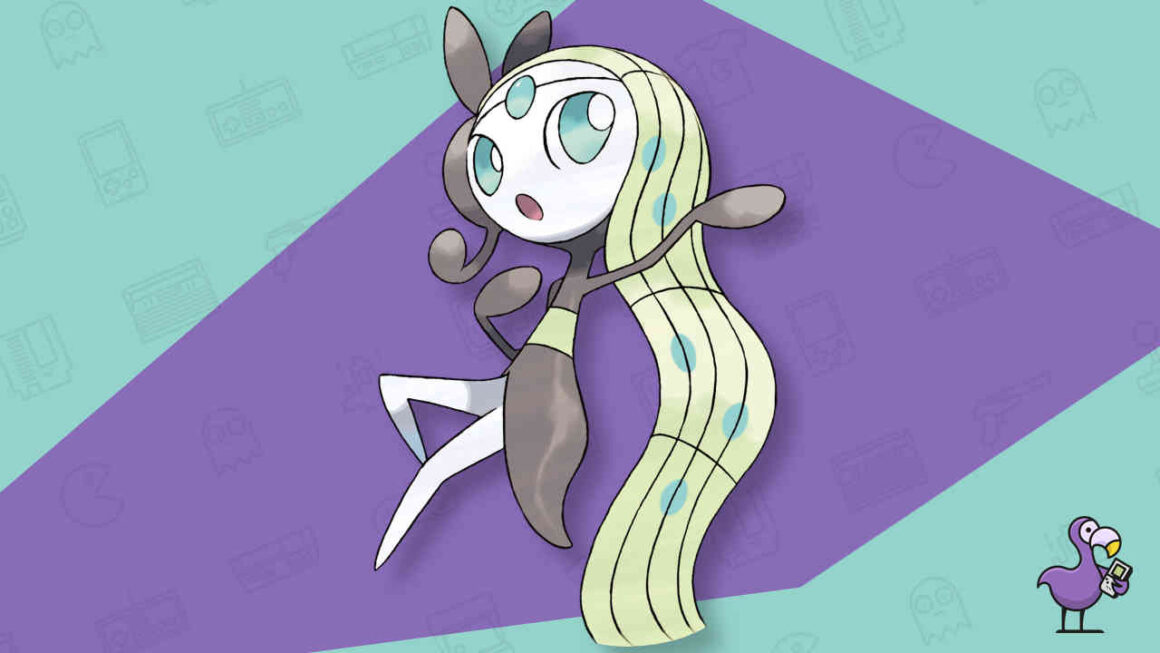 The Aria Forme is the original version of Meloetta; it truly excels when it comes to Sp. Atk and Sp. Def stats, which are really impressive.


However, it does lack a bit in terms of its standard Attack and Defense – which isn’t an issue for Meloetta’s second form, as you’ll soon see! 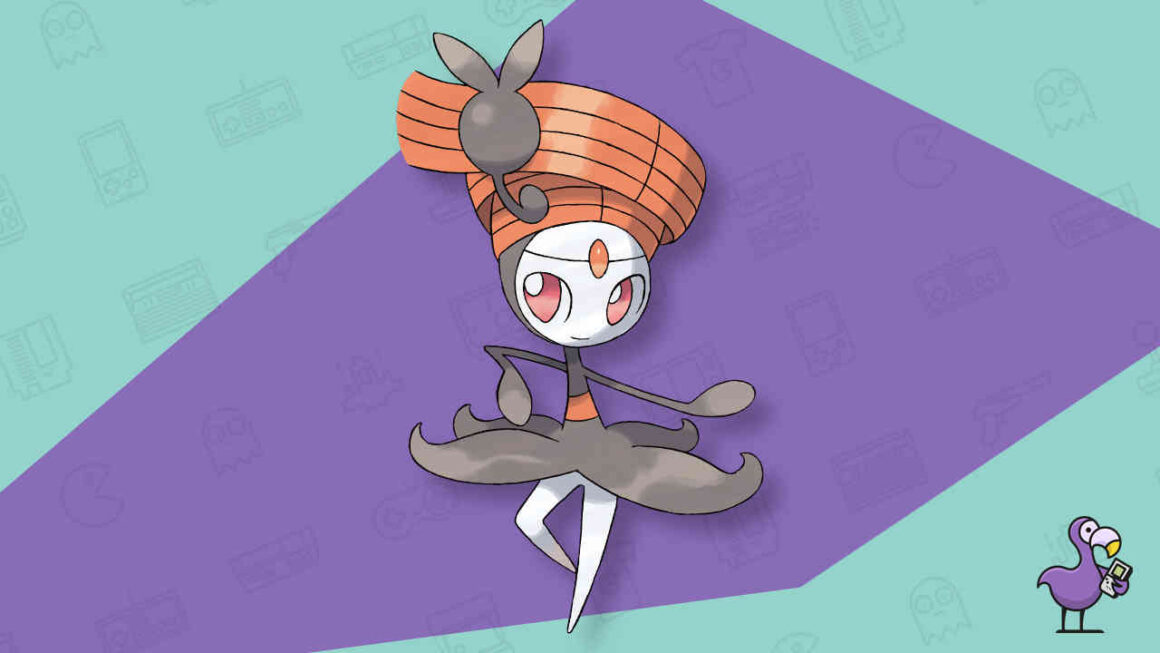 You didn’t have to wait long to find out about Meloetta’s second form, did you? At Retro Dodo, we don’t like to keep our loyal readers waiting!

As with Meloetta’s Aria Forme, the Pirouette Forme was first seen in the fifth generation titles Pokemon Black and Pokemon White.

In order to change Meloetta into the Pirouette Forme, Trainers must use the move Relic Song in battle.

Meloetta then transforms from its Normal and Psychic type Aria Forme into the Normal and Fighting Pirouette Forme – and its stats have a different focus when it changes.

Unlike the Aria Forme, Meloetta’s Pirouette Form has strong Attack and excellent Speed, but it does have below average Sp. Atk and Sp. Def. stats.

Nonetheless, this is a superb Pokemon and one that has definitely earned a spot in the best Normal type Pokemon list! 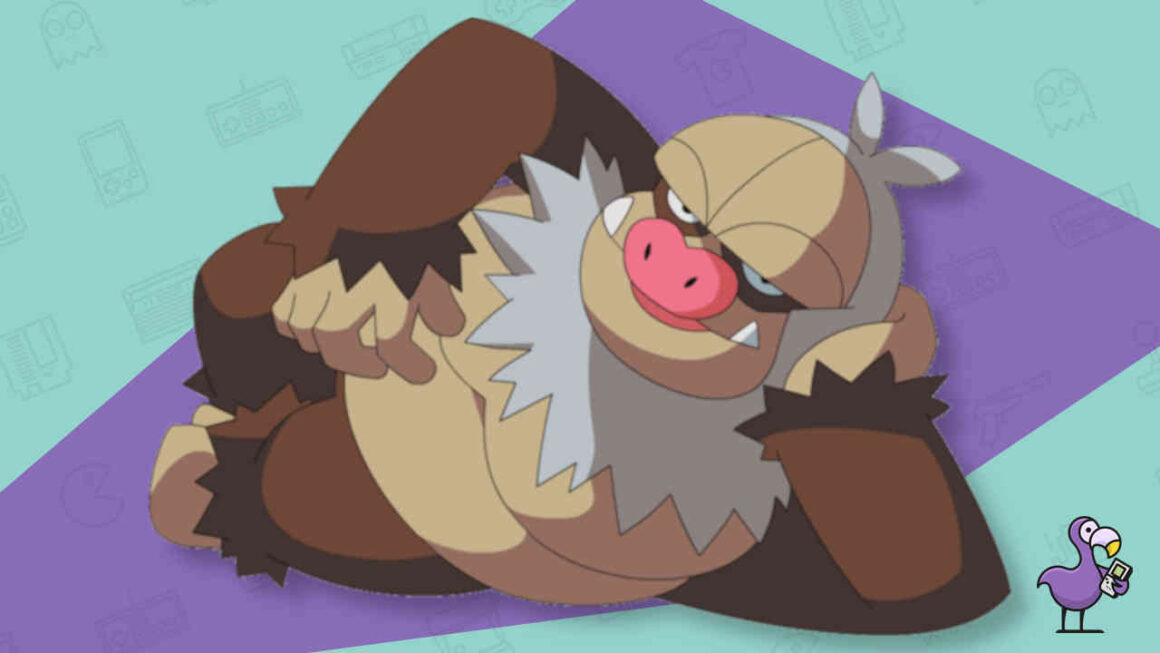 Slakoth is a slow, lazy Pokemon that evolves into quite a fearsome creature when it reaches level 18 and transforms into Vigaroth.

Clearly, being a Vigaroth is quite tiring though – as, when it evolves at level 36 and becomes Slaking, it’s back to being lackadaisical again.

However, don’t mistake Slaking’s chilled out demeanour for weakness. Not only is Slaking’s HP so high that he almost makes it into the top 10 Pokemon by HP in the Pokedex, but its Attack puts it in a similar position too.

So clearly, this is one tough Pokemon – its biggest drawback being that the Truant ability causes it to only attack every other turn.

That’s what stops it from being higher on the list of the best Normal type Pokemon – but even with that, it’s clear that Slakoth is a great investment that really pays off by the time it becomes a Slaking! 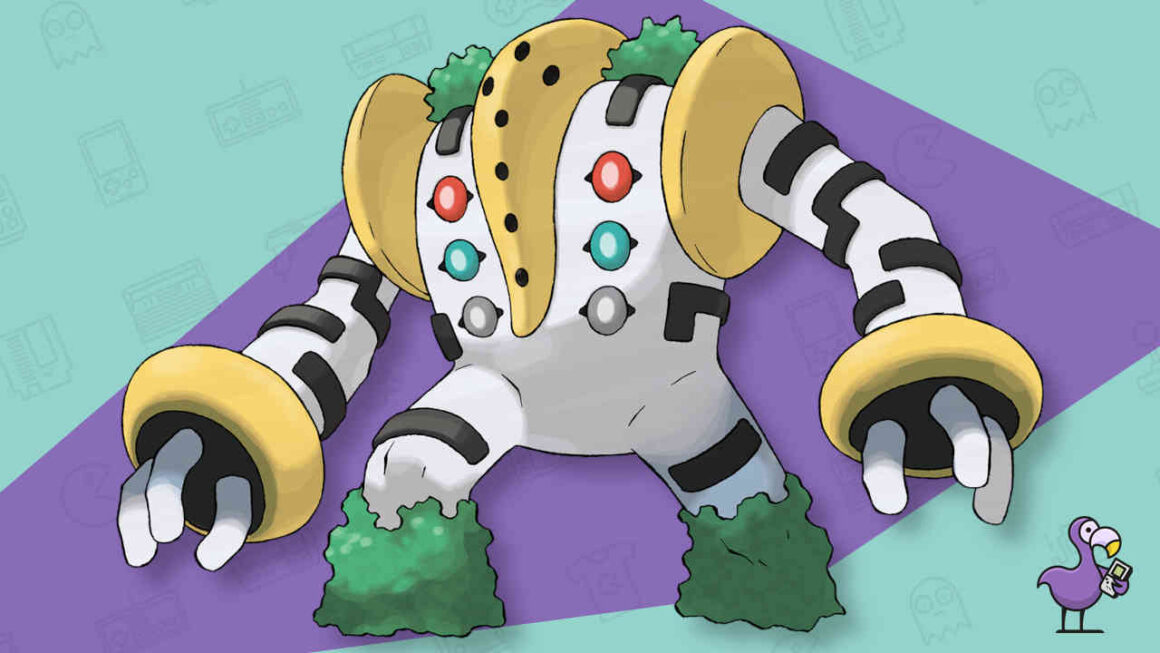 Making its debut in generation four’s Pokemon Diamond and Pokemon Pearl, Regigigas is known as the ‘Colossal Pokemon’.

Its Attack is identical to Slaking’s, but Regigigas has stronger Defense and Sp. Def. than that slothful Pokemon.

Just like Slaking, it does have a bit of a disadvantage with its ability – in this case, Slow Start.

With Slow Start, Regigigas has 50% Attack and Speed for the first five turns of any battle – but once it gets over that hurdle, Regigigas is a real force to be reckoned with.

Regigigas is a superb Pokemon despite this slight issue – especially as every other stat (bar Sp. Atk.) it has is above average. 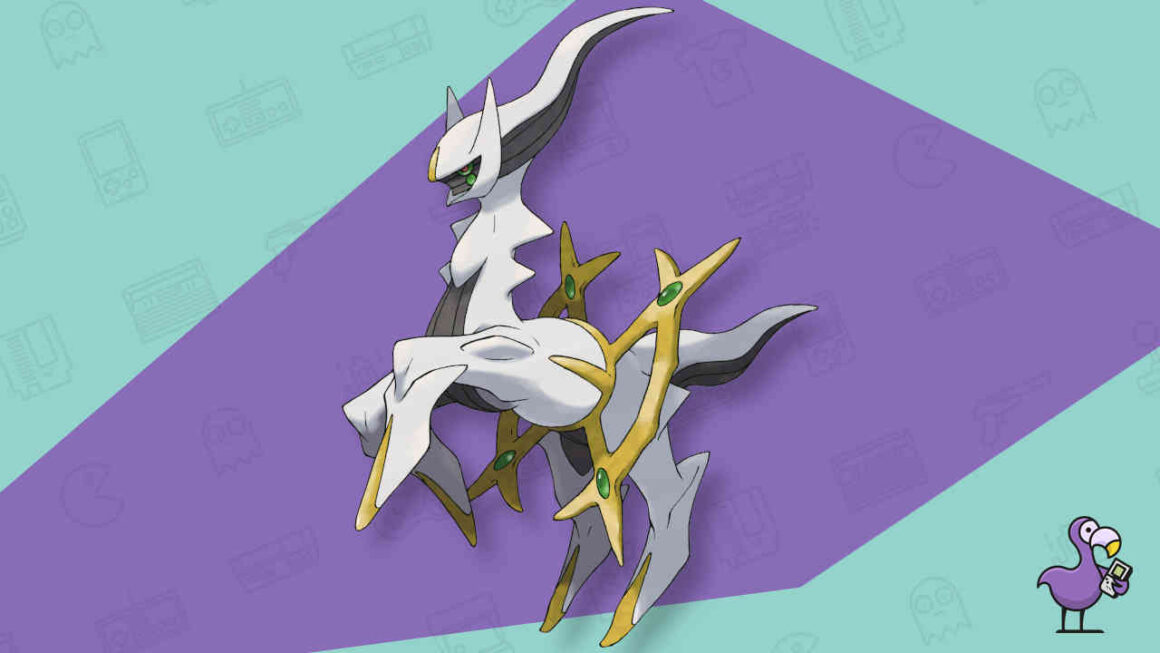 Can you name any other main series Pokemon game that was named after a single Pokemon? Even Pokemon Yellow is known as just that these days, though of course it does say Pokemon: Special Pikachu Edition – Yellow Version on the packaging.

So Arceus is blessed with being name checked in the very title of Pokemon Legends: Arceus – despite actually being introduced in generation four titles Pokemon Diamond and Pokemon Pearl – so you’d expect it to be a pretty spectacular Pokemon, wouldn’t you?

You’d be right. Despite the fact that Slaking, Regigigas, Mega Kangaskhan and even Mega Lopunny have a higher Attack stat than Arceus, what makes Arceus special is the consistency across all of its stats.

Every single one of its stats is above average and it learns some seriously devastating attacks as it levels up.

If you want to have a Normal type Pokemon in your party and you have one slot left to fill, Arceus is a great choice.