With baseball cards, the backs are usually filled with a player’s stats. With pop-culture trading cards, on the other hand, it’s not uncommon for a puzzle piece to be on the flip side.

Card puzzles offer a second reason to collect a full set — I mean, who wants their favorite character missing half their mouth, y’know?

Anyway, one of the most popular card sets in comics history is the 1966 Topps painted Batman series, featuring the artwork of Bob Powell and Norm Saunders. The cards in the so-called “Blue Bat” portion of the run had puzzle pieces on the back and you could put together the Dynamic Duo and their primary rogues gallery — the Joker, Penguin, Riddler and Catwoman. 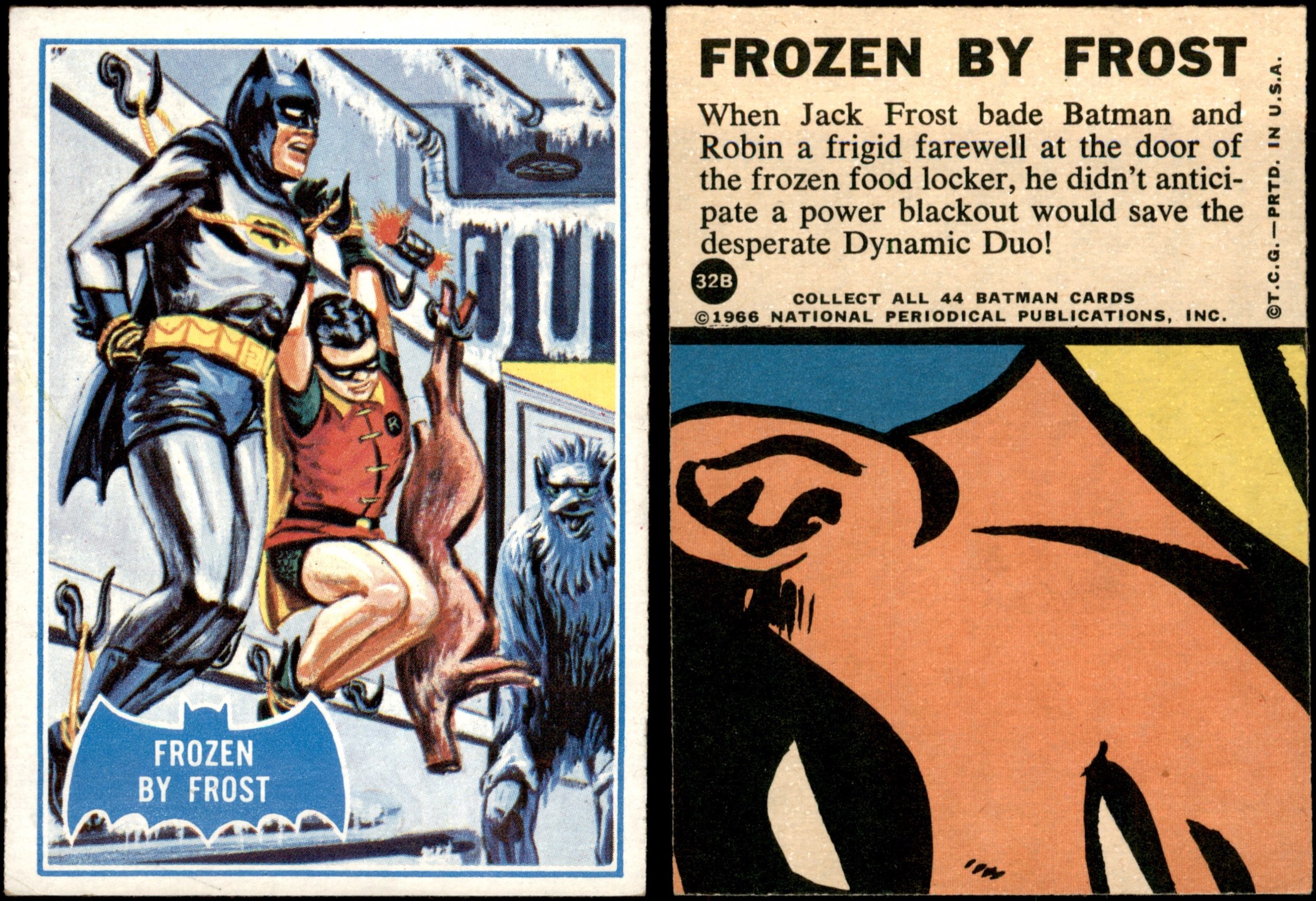 Original card front and back

But wouldn’t it have been cool if there were actually posters of these groovy bits of pop art? Well, enter Lee “The Batfan” Johnson, who’s popular in Facebook Bat-circles and who has created poster images that never were from the art that was.

Dig the Joker, for example: 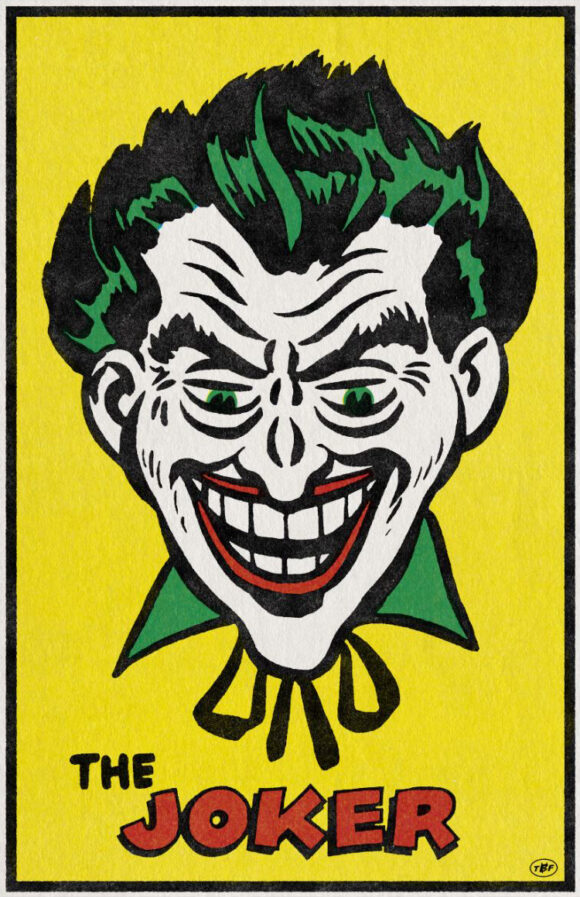 “I’ve always loved the artwork from the puzzles even though it was not very refined compared to the Norm Saunders artwork used on the card fronts,” Lee explained. “A lot of it was reused artwork from the comics by different artists of the period and then some of it was just off-the-wall stuff from, I would assume, artists at Topps.

“If you were a kid back then not only would you have wanted a set of the cards for trading and keeping, you also wanted a set to make the posters on the back, which you had to tape together to hang on a wall,” he added. 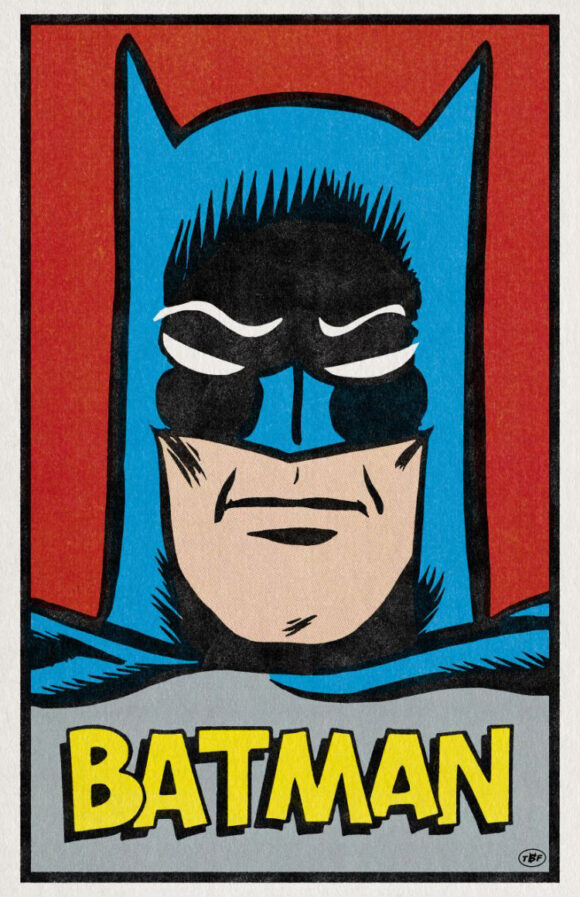 To make his images, Lee did exactly that: “I actually taped the cards together and scanned them in, then went back and traced all the inks digitally. … I then added digital textures and period colors to them in Photoshop. I left in all the imperfections. … But I have gone back and am working on other cards that could have been done and should have been done, or color corrections, etc., as a fantasy addition to the original set of 12.”

So dig the remaining 10 original “posters” — and I look forward to what else Lee has up his Bat-sleeve: 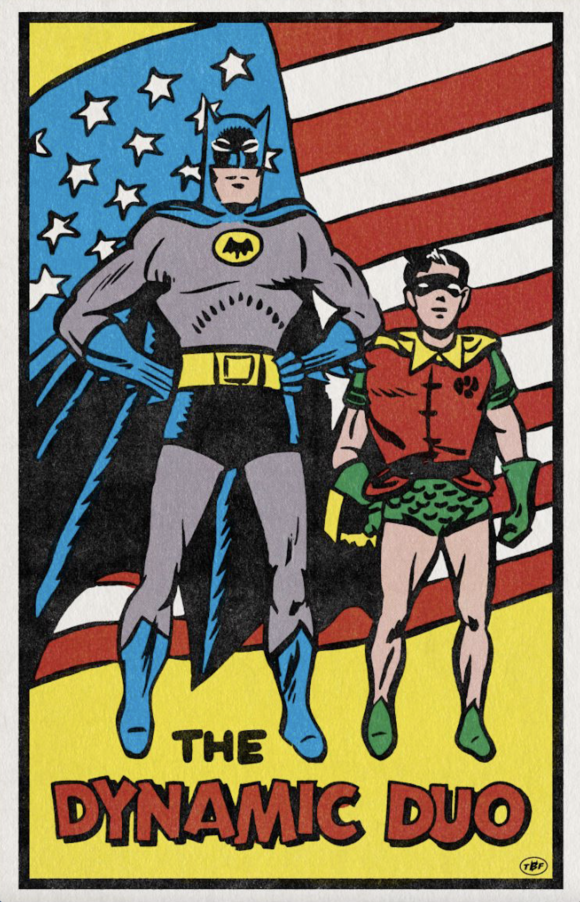 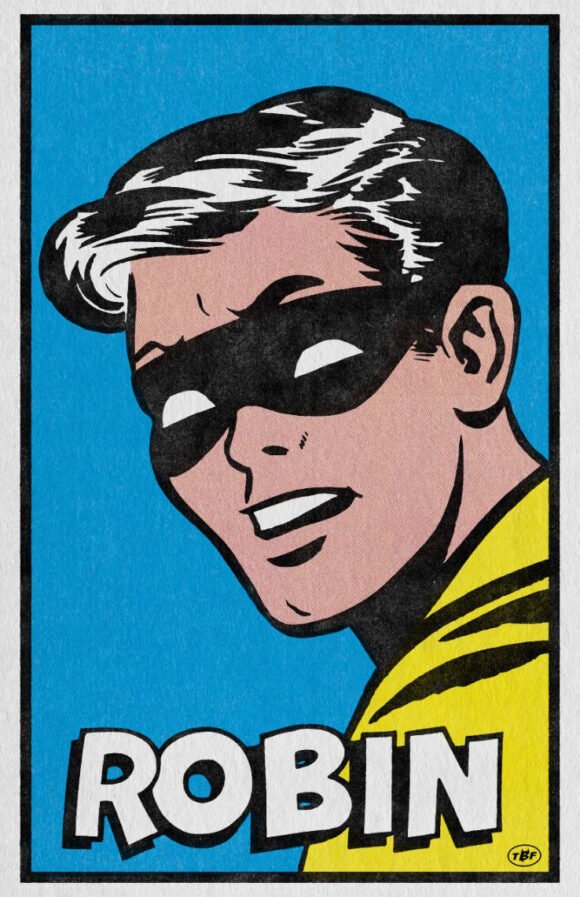 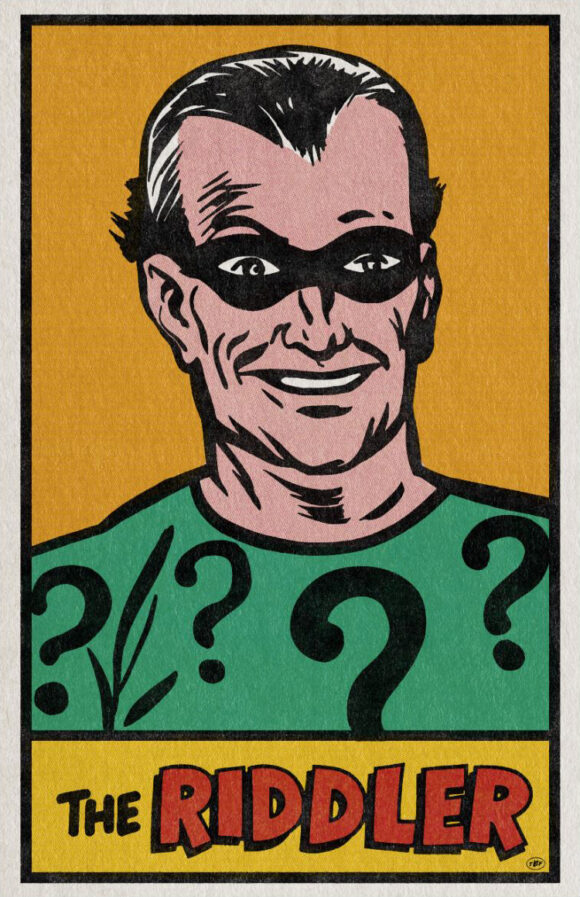 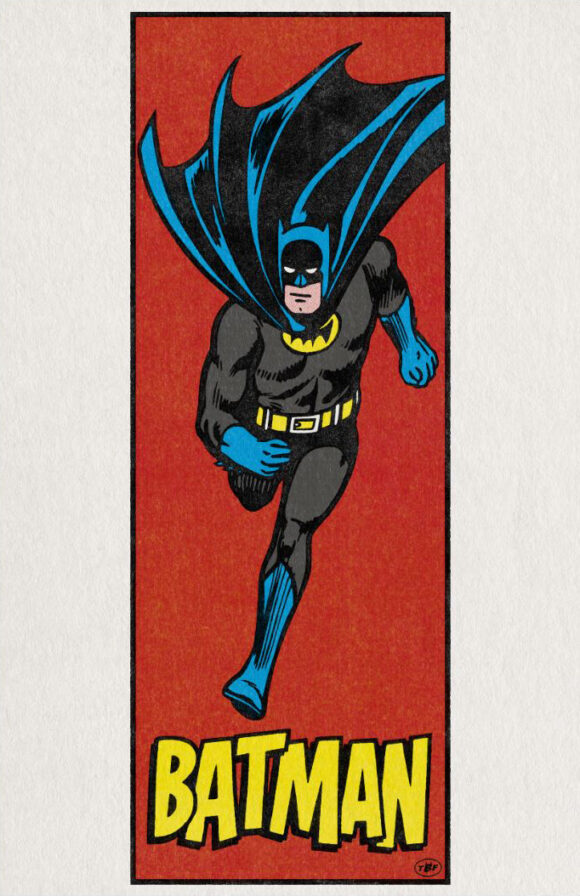 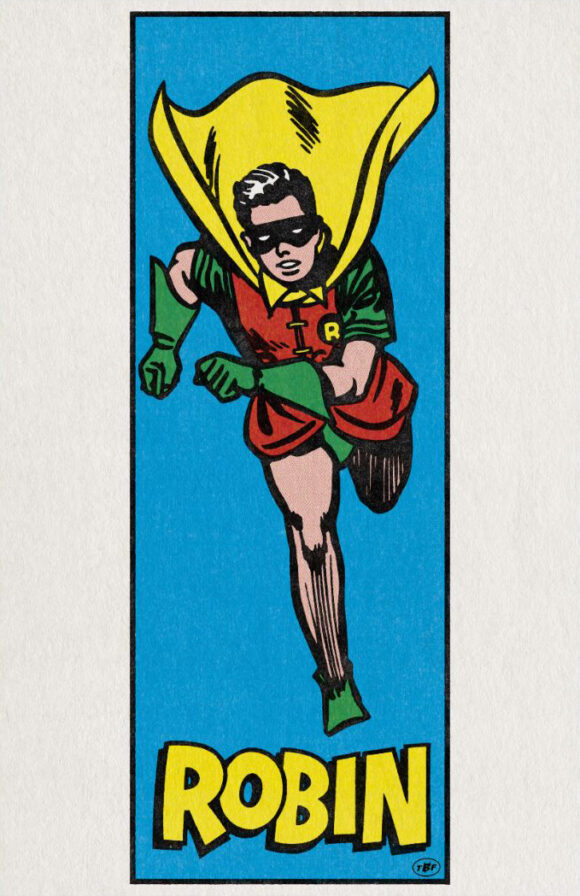 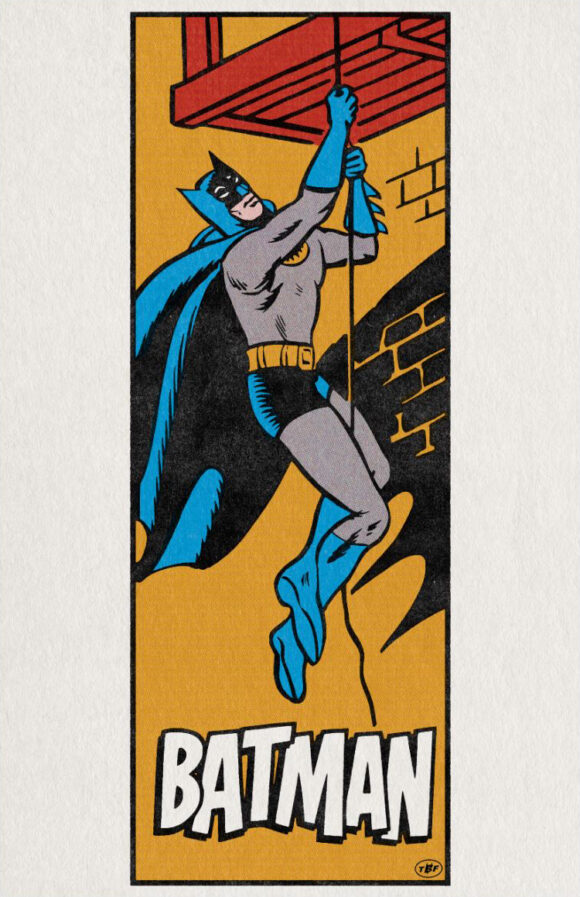 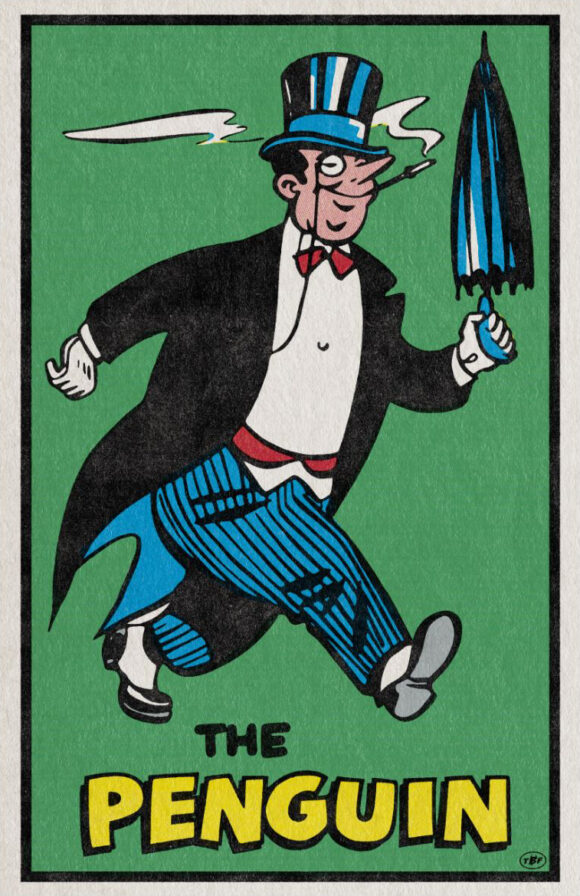 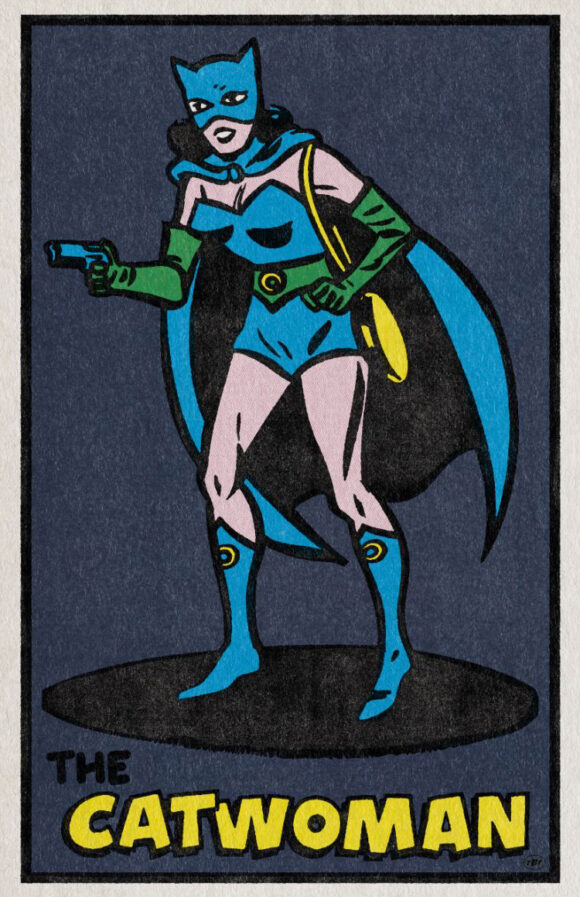 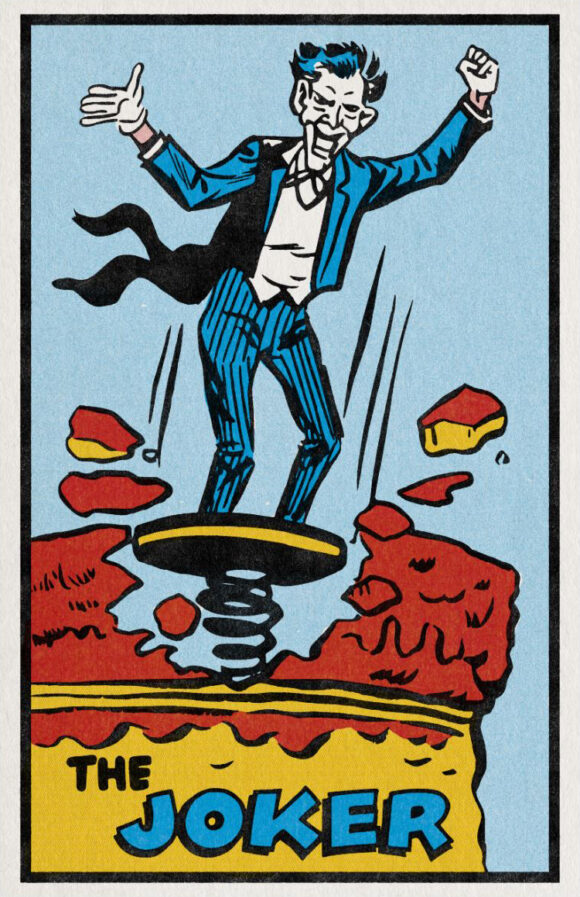 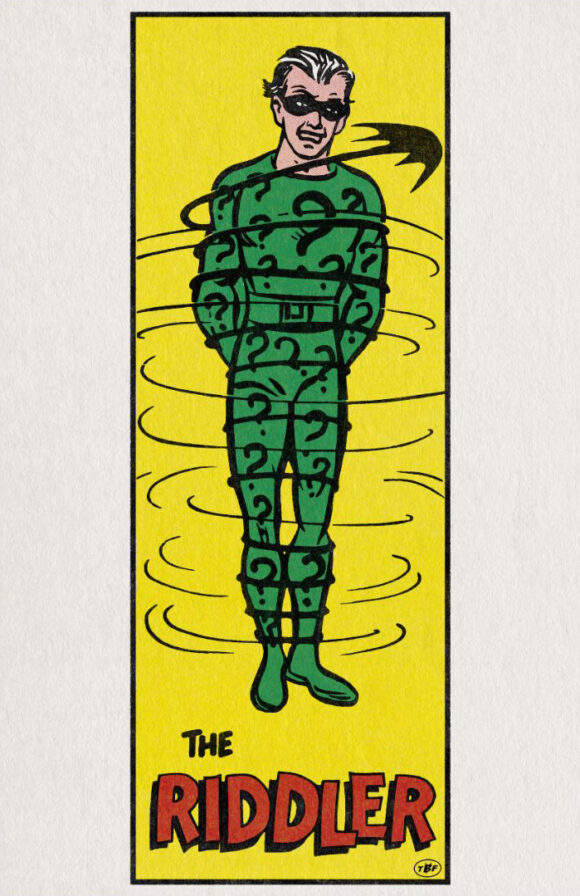 Check out more of Lee’s artwork at his Facebook page. You’ll groove to it.