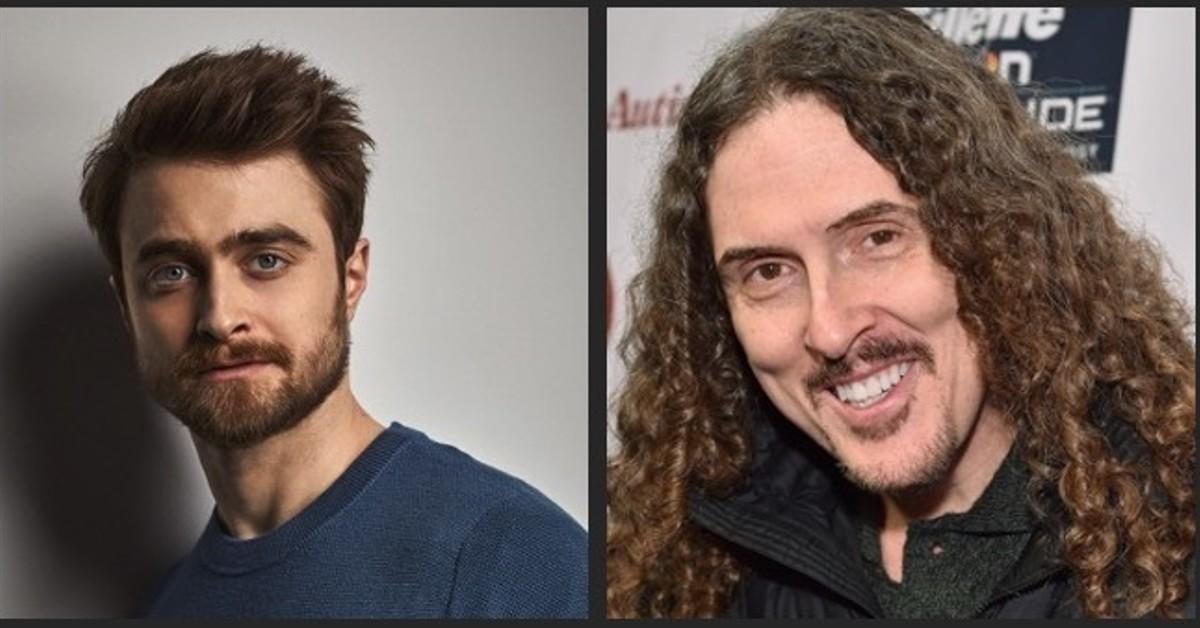 Tonight, Harry Potter star Daniel Radcliffe will hold a Reddit AMA, side by side with "Weird Al" Yankovic, ahead of the Friday release of their new film Weird: The Al Yankovic Story. You can check out the thread here, where there are already people lining up to provide questions to the two beloved entertainers. The film is getting a streaming world premiere this week, where audiences can go to Alamo Drafthouse theaters and see the movie, plus some red carpet interviews, as well as getting some swag for their trouble, including an exclusive Weird Hawaiian shirt. The Roku Channel, who are hosting the AMA, say in the announcement that the pair will be live on Reddit tonight at 8 p.m. ET.

The questions at the top of the list so far include this absolute gem, which we hope gets answered because it feels like it belongs in a "Weird Al" AMA: "Daniel - growing up I was constantly told how much I looked like Harry Potter/you (brown hair, blue eyes, glasses). Did you have the same experience growing up with people telling you you looked like me?"

On Good Morning America this summer, the Grammy-winning parody king offered up some praise for Radcliffe, and seemed to have confidence that this cinematic experience will be a little less frustrating for Yankovic than his first.

"When my last movie UHF came out in 1989, I made a solemn vow to my fans that I would release a major motion picture every 33 years, like clockwork. I'm very happy to say we're on schedule," Yankovic said. "And I am absolutely thrilled that Daniel Radcliffe will be portraying me in the film. I have no doubt whatsoever that this is the role future generations will remember him for."

Radcliffe added, "It was honestly one of the most fun jobs I've ever done. If you can't have fun making the Weird Al movie, what are you doing with your life? I'm really excited for people to see it."

The former child star also talked to Empire about the "weird" reputation he's been getting labeled with. Radcliffe is totally into it and sees it as a good thing for him and how he's perceived.

"I think one of the best things you can do is get a reputation for being weird, or liking weird things," he began. "Because weird sort of begets weird, and as soon as you do something like Horns, the guys who make Swiss Army Man are like, 'Oh, okay, maybe he's into that.' And then people see Swiss Army Man, and they're like, 'Oh, Guns Akimbo.' One thing leads to another and it keeps meaning I get to do random crazy stuff, which I'm always very happy with."

Weird: The Al Yankovic Story will be released on The Roku Channel on Friday, November 4.