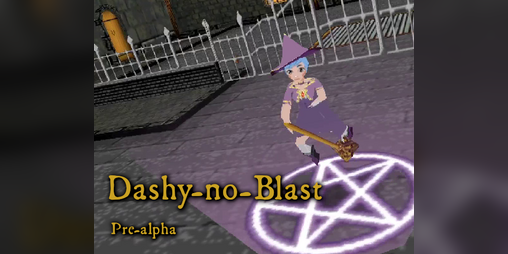 It's spooky month, people. While I personally have made little to no effort to acknowledge it whatsoever this year (I literally put a pumpkin emoji in my Twitter name, and that's it), but retro game developer Voxel definitely has with a brand new demo just in time for All Hallow's Eve...

Voxel is no stranger when it comes to developing for the Dreamcast, as evidenced by his previous projects, such as proof of concepts RUINS and Unfungused Game. 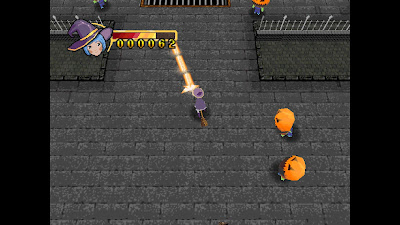 Voxel's latest project, Dashy no Blast, is a Halloween-themed 3D multi-directional shooter where you take control of a witch flying around on a broomstick shooting an assortment of fiendish ghoulies. 3D graphics in Dreamcast projects are always a welcome sight, and Dashy no Blast is looking really good visually, especially coupled with the spooky aesthetic. Voxel says he's been working on this game's engine for a while, which "[leverages] the powerful open source KallistiOS and GLdc libraries."

While the game doesn't currently support twin sticks, the left stick is used to move, and holding the right trigger will lock on to an enemy, in a similar vein to Cannon Spike. Basically, Dashy no Blast is like if Cotton met Cannon Spike, and I'm totally here for it.

While Dashy no Blast is just a pre-alpha with one level for now, Voxel has asked on Twitter for people to let him know what they think, as he's "seeking as much input as possible before deciding on the future direction of this game". I know for certain I'd definitely love to see more. A game like this could definitely be a perfect candidate for an indie release once it's complete. If you give Dashy no Blast a go and like what you play, please let Voxel know!

To play Dashy no Blast, just download the .cdi from the itch.io page. It is playable on real hardware (VGA only) and emulators. Happy Halloween!