Nilou is a 5-star sword-wielding hydro character, released in the 2nd phase of Version 3.1 Update in Genshin Impact. Nilou is an awesome character for Hydro and Bloom team compositions, due to her elemental skill and burst which apply loads of Hydro onto opponents. Her attacks are beautifully blended with her character design making her a unique character both skill-wise and look-wise.

This team, as the name suggests, is based on the Vaporize team composition the main damage dealer and hydro applicator here is Nilou, and Xiangling to vaporize opponents off when they have the wet status applied, Kazuha provides a decent amount of crowd control and debuffing combining with Bennett’s burst players will see huge amounts of numbers on their screen. 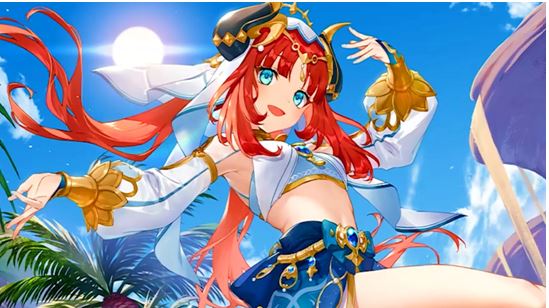 This team is more headed towards the F2P (Free-to-Play) players or players, who are still new to the game. Nilou is the main DPS here, as well as the hydro-enabler for Bloom reactions to occur. Barbara is the off-field hydro applicator and healer, the Traveller is the support for both dendro and hydro applications. Lastly, Collei is the Sub-DPS for some off-field DMG and dendro application.

That’s all for the best team compositions for Nilou in Genshin Impact. Let us know in the comments below.