Even this future-based, not-sure-if-it’s-canon book didn’t escape the ’90s compulsion to include Wolverine.  The character above is Rancor, Logan’s 21st Century descendant.  These issues introduce her.

She is obviously similar to Talon.

This arc also reintroduces Starhawk (who has been sharing his body with a female entity).

He’s revamped and doesn’t play by anyone else’s rules. 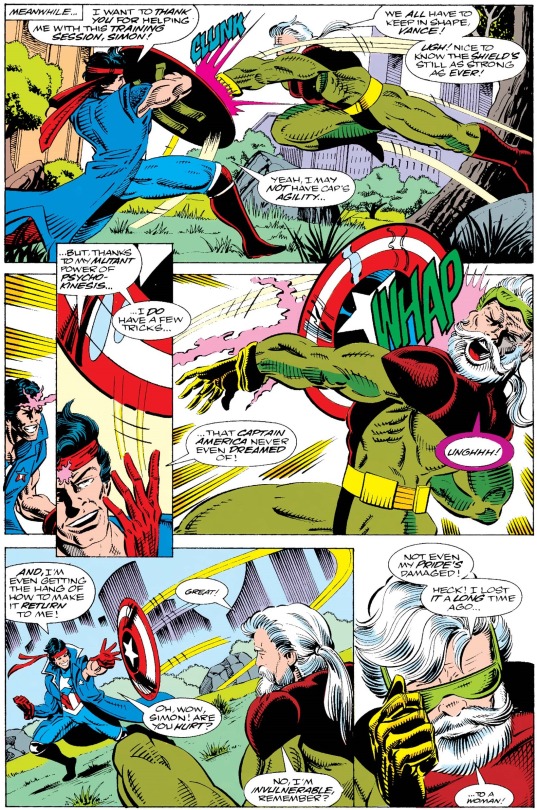 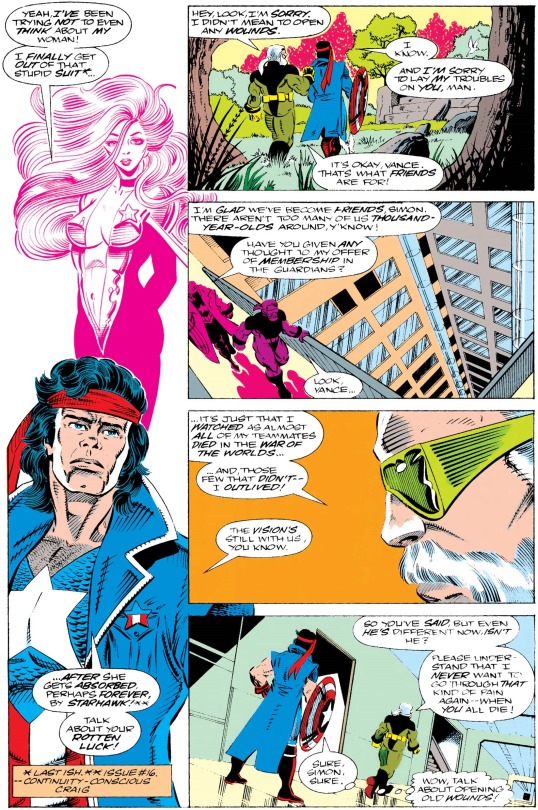 Jim Valentino continues to the be the sole creator of these issues, except for #23, which has guest artist Mark Texiera.

These issues also have a bubbling-under subplot of Galactus coming to eat Earth and Silver Surfer coming to protect it, which comes to a boil in issue #25. 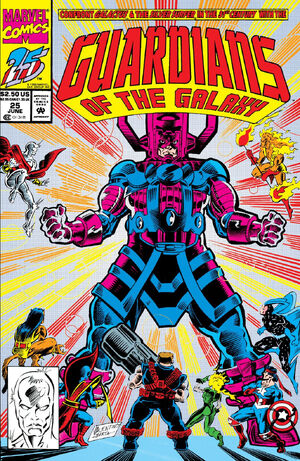 After saving the Earth, we get a soft reboot of the origin.  Not a lot of new revelations here, but a solid read. 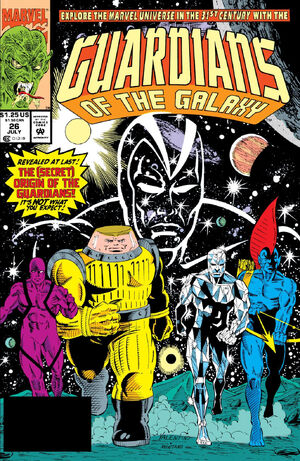 I continue to half-read, half-skim these comics because I’m not sure whether they’re canon and because they’re not very good.  Not bad, either, but not very good.