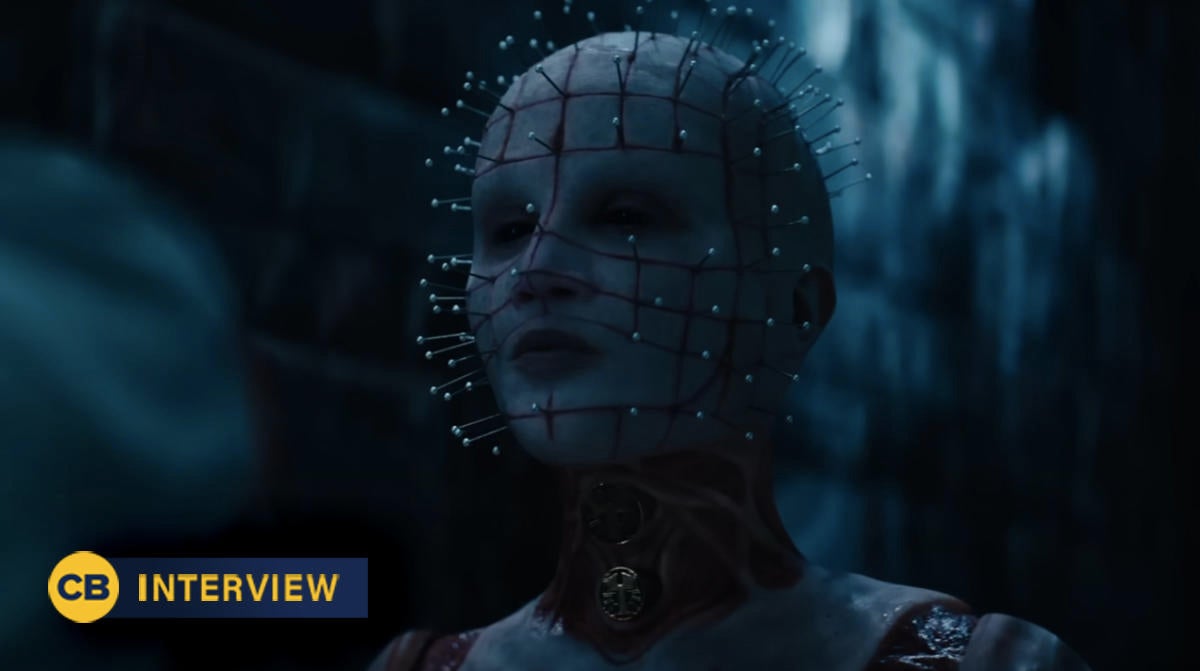 Author Clive Barker directed an adaptation of his story "The Hellbound Heart" back in 1987, with Hellraiser almost immediately cementing itself as a seminal experience, thanks in large part to the demonic Cenobite that fans would nickname "Pinhead." More than 30 years later, actress Jamie Clayton is stepping into the role of the Hell Priest for a new take on the source material from David Bruckner, bringing with it the challenge of honoring the roots of the franchise while not feeling beholden to them, forcing both Clayton and Bruckner to find the right blend. Hellraiser lands on Hulu on October 7th.

When ComicBook.com asked Clayton about whether the character's legacy intimidated or excited her, she revealed, "I think it was 50/50. I was definitely nervous of stepping into [original Pinhead actor] Doug's [Bradley] shoes. They're iconic, and no one could ever replicate the performance that he gave. So on one hand, I was nervous. David and I really wanted to not try to emulate that performance in any way, shape, or form. But then at the same time, yes, we're honoring this world, these characters, this mythology, this story. And so it was a balance. It was about making it my own. But then also, it's an iconic character that everybody knows. The second that you say the nickname for the character, everyone knows exactly who you're talking about."

In the all-new Hellraiser, a young woman struggling with addiction comes into possession of an ancient puzzle box, unaware that its purpose is to summon the Cenobites, a group of sadistic supernatural beings from another dimension.

With the original movie not only inspiring nine sequels, but the franchise also being expanded in the world of novels and comic books, some fans are already wondering what impact this new film could have on the series' future.

"I didn't ever imagine I would get to play in the Hellraiser world, so I was very fortunate to land there. I also didn't know that The Night House was based loosely on a pitch [writers] Ben [Collins] and Luke [Piotrowski] had for a Hellraiser movie," Bruckner recalled about where he sees his future with the concept. "They didn't tell me that. The movie was done. And since seeing the pitch, it's true, but we were just following our inspirations with that. So no, stepping into this world, it's all things."

He continued, "On one hand, of course, the original film is a masterpiece. And diving deeper into the world, I found myself truly in awe of what had been created, and so you want to do that justice, and you want to pay homage where it's due. At the same time, you have to respect your process. A movie is something that takes you away. It carries you off into a place all its own, and so you have to trust your inspirations at the same time. And so, of course, in making this, there's so many things to be excited about Hellraiser. This is what we could get in this film. It's easy to dream beyond these two hours in run time, and if people take to it, I would be honored to go back into this world."

Another interesting element of this new Hellraiser is that it comes from 20th Century Studios, which is owned by The Walt Disney Company. In some respects, this makes Clayton's Pinhead a Disney princess, as she teased the crossover she'd like to see happen.

When asked about an ideal Disney crossover, Clayton joked, "Is Maleficent a princess? That's who I want ... Let's do a Thelma & Louise, but it's with Maleficent."

Are you looking forward to the new film? Let us know in the comments or contact Patrick Cavanaugh directly on Twitter to talk all things Star Wars and horror!