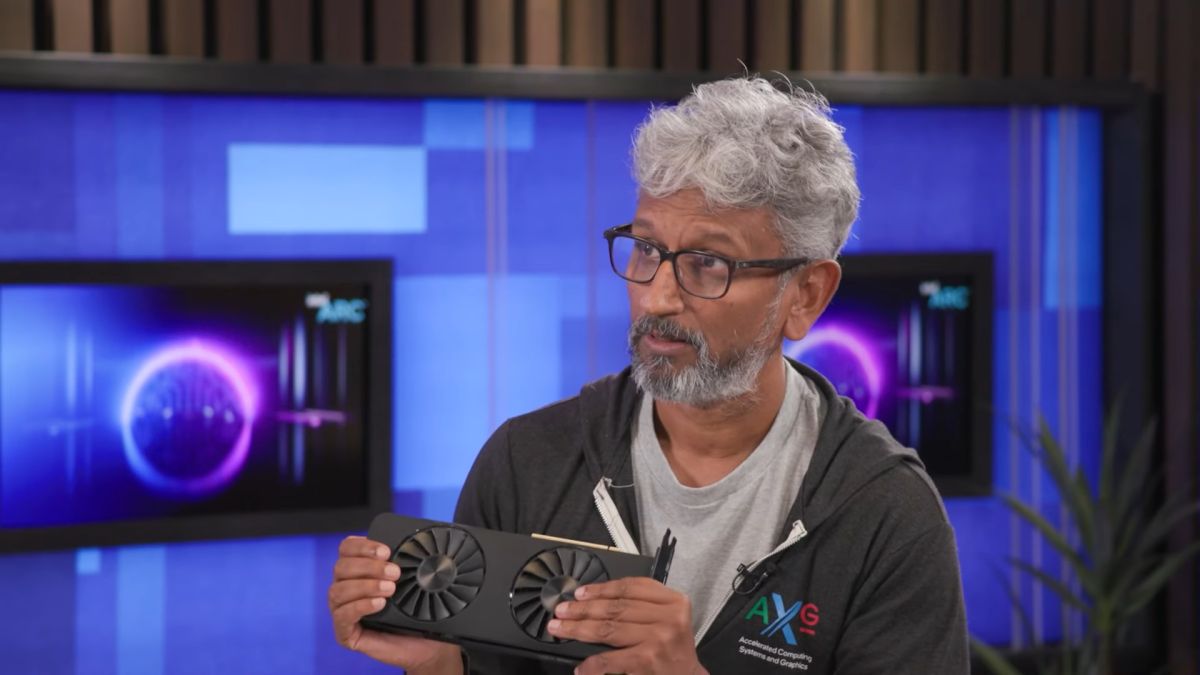 Intel's Arc A770 and Arc A750 graphics cards go on sale on October 12th, although you'll get to see what we think of these cards later on today. In anticipation, Intel has posted what is probably the last of its chat videos with Ryan Shrout and Tom Petersen sitting down with Raja Koduri, the head of Intel's graphics division.

The 16-minute video is pretty relaxed and it shouldn't come as much of a surprise that there aren't any major reveals, although there are a couple of interesting explanations as to why Intel's re-entry into the discrete graphics market ran late and why optimising its drivers hasn't been easy.

Intel has been upfront about its driver performance in older DirectX games. In this video Koduri reiterates what Intel has been saying for months: that "optimizing for an API is a non-trivial amount of work." And that while there are games that are GPU bound, which run pretty fine without any optimisations, there are plenty of DX11 games that tend to be CPU bound. The solution here is to produce multithreaded drivers to make the most of the hardware available, and again that ain't easy.

This is all complicated by the fact that Intel's drivers have traditionally focused on its integrated graphics. As Koduri explains, integrated graphics "don't have much die area and have limited memory bandwidth, so you become GPU limited very easily." Leading to Intel's driver optimisations to focus on GPU-bound situations. Now that it's dealing with discrete graphics that isn't the case anymore though, and so a lot of work has had to be done to get older games running optimally and at the speeds we'd expect from a $330 graphics card.

The good news for anyone looking to pick up an Intel graphics card is that Raja is confident, "Our drivers will get there."

This confirms a sentiment shared with us by Intel CEO, Pat Gelsinger, who recently said they'd fixed, "the majority of the software stack issues." Given Intel has been very open about performance in older games, it'll be interesting to see how this all shakes out when the cards are actually released.

You don't have long to wait to see if Intel's work has paid off.