Microsoft Earned $2.9 Billion in Revenue from Xbox Game Pass in 2021

As Game Pass continues to grow and become more central to Microsoft’s strategy in gaming, questions about whether or not it is a sustainable business model (especially in the long-term) continue to be asked more frequently. Xbox boss Phil Spencer has said multiple times that Xbox Game Pass is “very” sustainable, but we haven’t really had any hard data to back that up- until now.

Microsoft’s impending acquisition of Activision Blizzard is currently being scrutinized by relevant authorities all over the world, and was recently approved by Brazil’s Administrative Council for Economic Defense (CADE). As spotted by Tweaktown, a public document released as part of those proceedings gives us a much clearer idea of how Game Pass is doing from a financial perspective.

As per the document, Xbox Game Pass earned $2.9 billion in revenue through the year of 2021, with Xbox’s total games and services revenue for the year standing at over $9.6 billion, and the total revenue (which also includes hardware sales) at over $16.2 billion. That means in 2021, around 18% of Microsoft’s total gaming revenue, and around 30% of Xbox’s total revenue, was generated by Game Pass.

In January of 2022, Microsoft announced that Game Pass had surpassed 25 million subscribers. 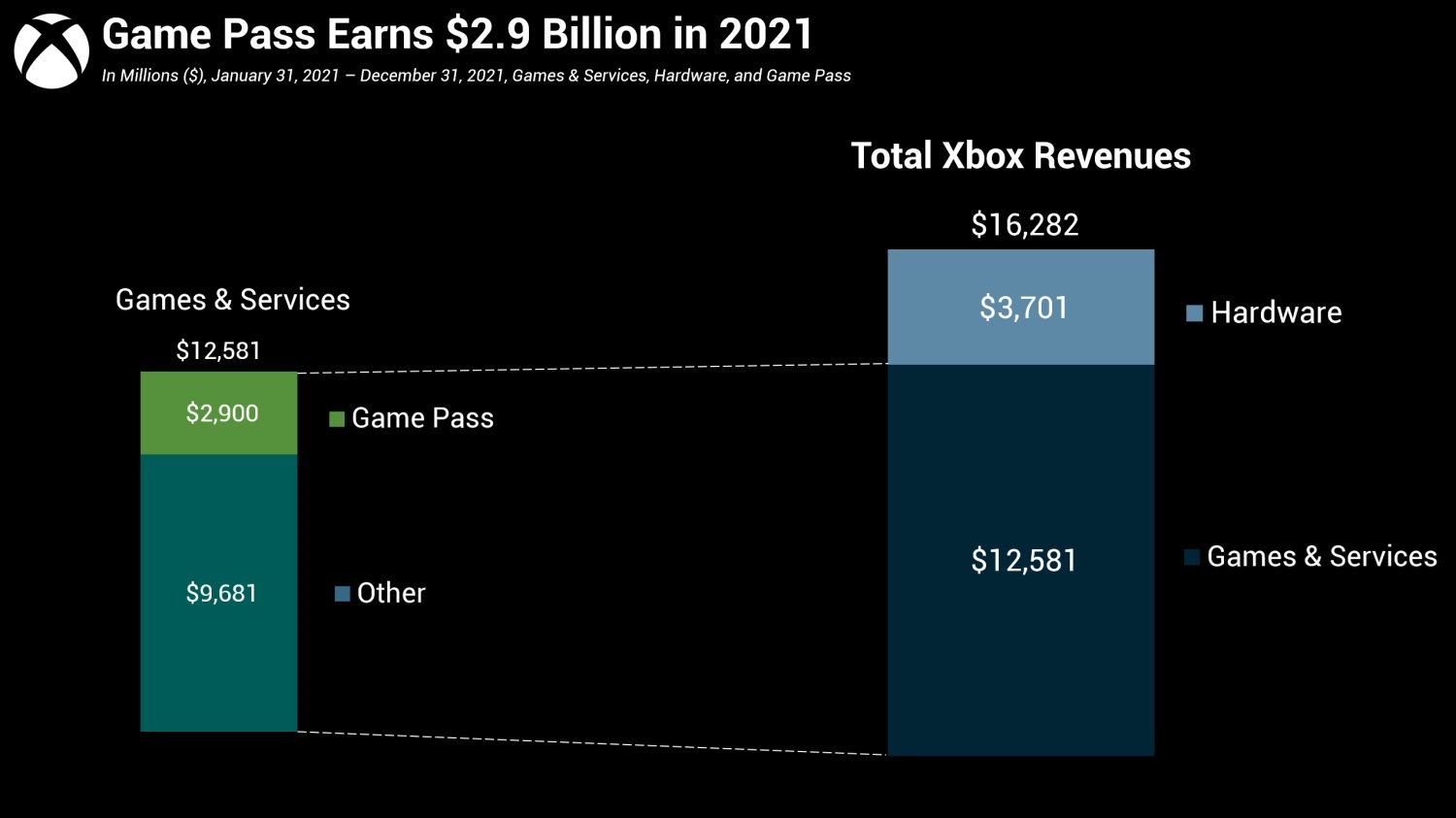