Call of Duty: Modern Warfare 2's prestige and rank systems can be quite confusing at first. Whether you’re a newcomer to the series or just want to know exactly how prestige is going to work moving forward, this guide explains the system in detail. From Daily Challenges to what happens after you’ve hit Military Rank 55, there is quite a lot to cover. You may not be able to become as prestigious as the Amsterdam level in the campaign, but you’ll get fairly close.

The Modern Warfare 2 prestige system works similarly to past entries in the series, such as Black Ops Cold War and Vanguard, meaning that they’re tied to seasons. Season 1 begins on November 16, so there are a few weeks to wait before you can start gaining prestige.

Although the season isn't live yet, you can still start the journey to reach Military Rank 55. Once Season 1 begins, you’ll be able to reset your rank level back to MR 1, and you'll gain a prestige level instead. You can then build up to MR 55 again, obtain the next prestige rank, and rinse and repeat.

Progressing through these levels will reward you with additional default loadouts in multiplayer, as well as the option to customize them alongside Warzone 2.0 weapons from Rank 4. In addition, you’ll also gain access to weapon platforms to tweak around in the Gunsmith, both lethal and tactical equipment for your multiplayer loadouts, and the perks, field upgrades, and killstreaks that you’ll need for online modes.

Modern Warfare 2 Military Rank: How to get Player XP

To increase your Modern Warfare 2 Military Rank, both before and after you’ve obtained any prestige ranks, you’re going to need player XP. While you can easily obtain it by performing the classic actions across multiplayer modes, such as kills or headshots, there are quite a few additional tasks that you can tackle to level up faster and more efficiently.

Here are the ways to level up your Modern Warfare 2 Military Rank:

In multiplayer, there are three main categories of daily challenges: A general task such as getting 15 kills while aiming down sights or winning matches, a weapon challenge like getting five Sniper Rifle kills or five headshots with an SMG and a special objective that requires specific Loadout equipment, such as Field Upgrades or Perks.

Moreover, if you complete all three Daily Challenges, you’ll gain access to a Bonus objective. This gives you two possible tasks to tackle, but you only need to finish one to obtain the extra XP.

As for Special Ops, there are a few variations. The first challenge is generic and can be tackled in any mission. The second and third challenges can either follow a similar vein or be co-op specific. As for the Bonus challenge, this also grants you the choice of one of two Mission Challenges. Both the third and Bonus Challenges will also net you Special Ops Stars, which are needed to progress through the Special Ops Kits. 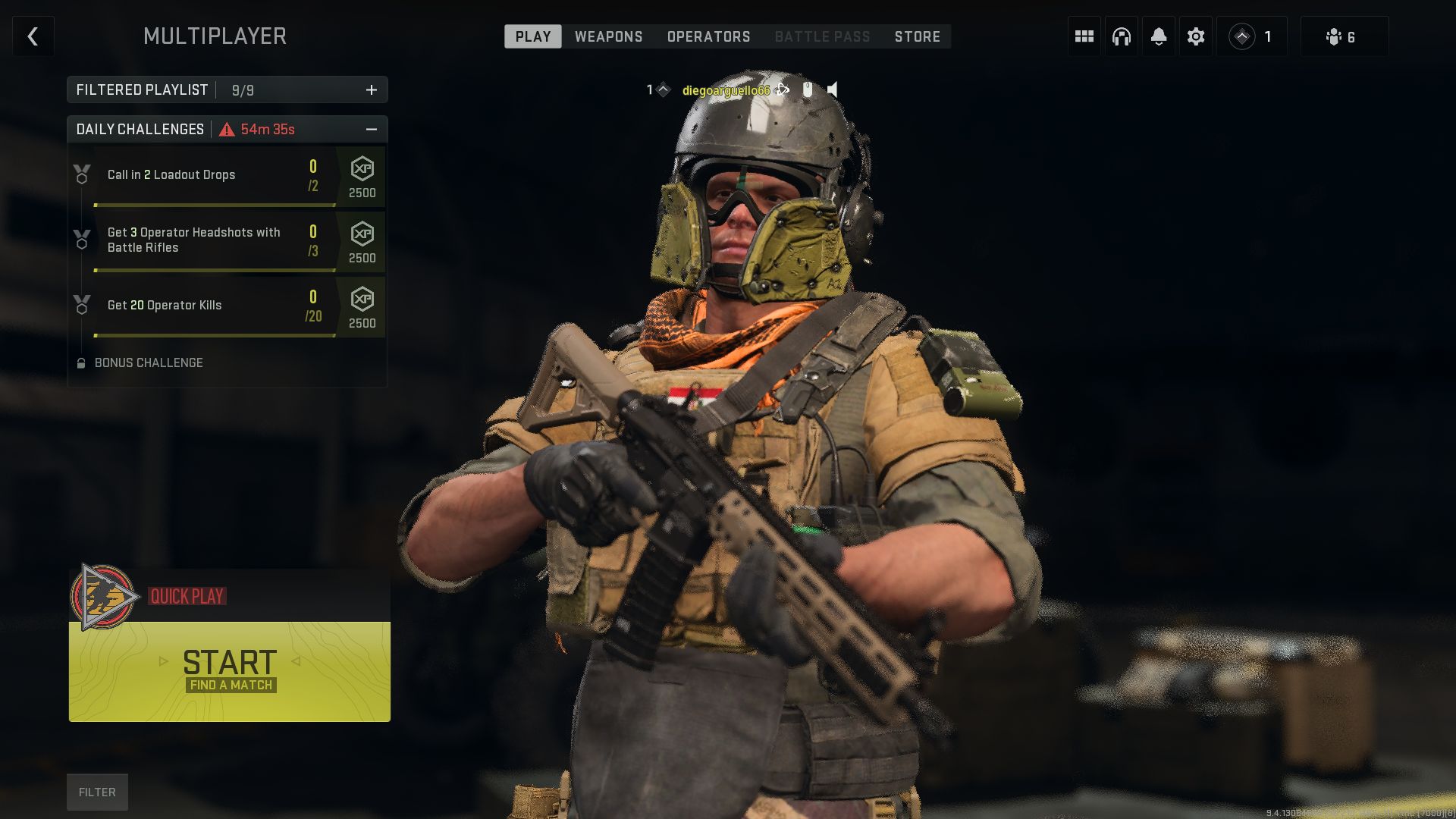 As for Career Challenges, these work a bit differently. You can expect to see similar tasks that involve kills and match wins, however, others involve using specific weapons or more arduous tasks such as getting Longshots. Unless you main snipers, then you're in for a bad time.

In multiplayer, some of these challenges can have multiple milestone steps. This means that you can start obtaining XP somewhat earlier as opposed to having to fully complete a challenge—although there is additional XP awaiting if you do so. Career Challenges are also a good way of obtaining Calling Cards on occasion.

Across Special Ops, the challenges are split into Intel Collection and Career Star Unlocks. In short, there is no shortage of activities to pursue. You can expect some additional challenges during each season as well, which will be unlocked at prestige-level milestones.

That is all you need to know about the Modern Warfare 2 prestige and ranks across multiplayer! Best of luck with the grind ahead of Season 1—while it does seem like it’s going to be a busy time, at least the launch is bound to keep players busy so they can stop spending ludicrous amounts of money on Burger King skins.