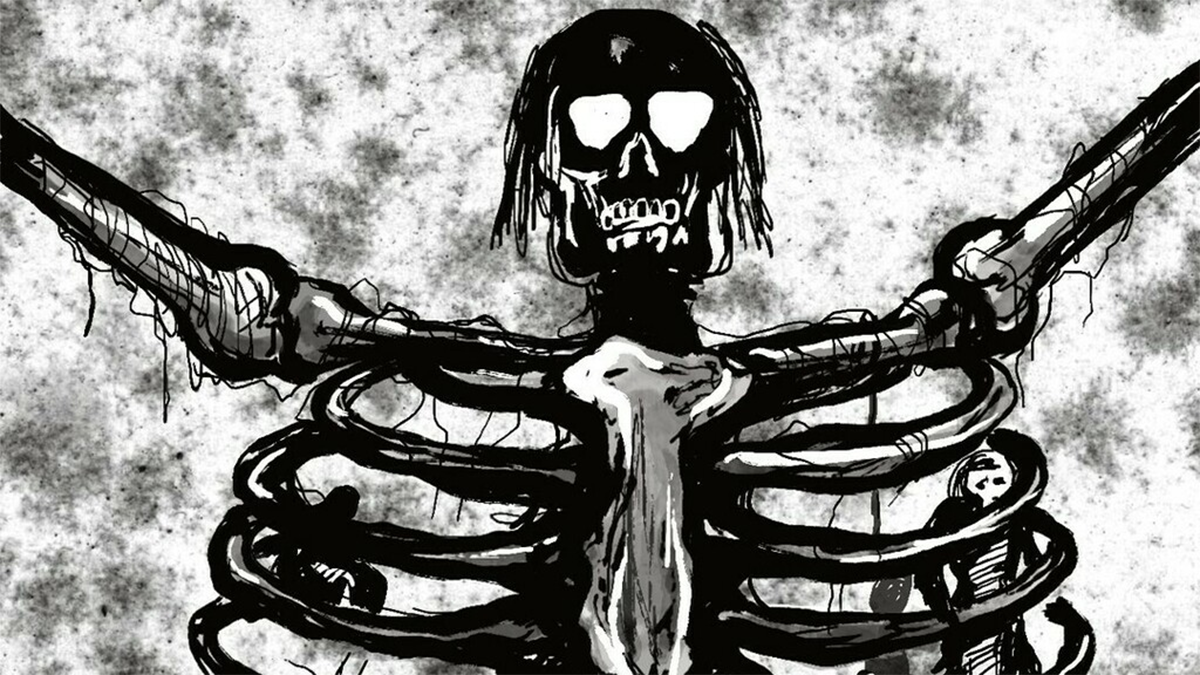 A card game based on the popular tabletop RPG Mork Borg is on the way. Long Tail Games has announced A Brazen Crown, a new card game based on the rules of M?rk Borg, a popular dark fantasy tabletop RPG originally published by Ockult ?rtm?stare Games. The rules for A Brazen Crown have not been revealed yet, but it appears that this will be a competitive card game in which players compete for the Brazen Crown, an artifact of some time. Players will be also be able to summon minions, gather treasure, and cast spells. Long Tail Games will release a Kickstarter for A Brazen Crown, with a preview page now available.

M?rk Borg is an apocalyptic tabletop RPG in which players attempt to find their way during the last days of a dying world. At the beginning of each day, players roll a dice (the size of which is determined at the start of the campaign) to see how much closer the world is to ending. If a 1 is rolled, the world is afflicted with an additional misery, and the world moves one step closer to devastation. After seven 1s are rolled, the world ends. Other nuances to the game include players rolling to avoid attacks rather than the GM rolling to attack and players potentially decreasing their ability scores whenever they level up.

Because M?rk Borg has a generous third party license, many spin-offs for the game set in different genres have also been created. A Brazen Crown is one such spinoff, as Long Tail Games has no affiliation with original publisher Ockult ?rtm?stare Games