Puzzle games are nothing new, and to stand out from the crowd, you need something unique to capture someone’s attention. For some games, it’s the unique art style or maybe even the puzzles. Youropa might be one of the more memorable cases, with the ability to walk on walls and ceilings taking center stage. In addition, it’s a notable puzzle game finally making its way to Nintendo Switch, some four years after it was first announced. Youropa is a fun puzzle game with enough of a unique spin to keep you playing, even if some of its gameplay elements are utilized as well as others. The game starts as the titular city of Youropa is being torn apart for some unseen reason. The player takes the role of You (yep, that’s literally your character’s name). You possess a unique ability to walk up walls and stand on ceilings, and it’s up to You to restore Youropa back to its not torn apart self. To do this, the Eiffel Tower needs its power restored, and from there, the Eiffel Tower will serve as your hub.

One of the aspects I enjoyed with Youropa is its puzzles (a good start for a puzzle game).  To pass through some of these doors, you’ll need to figure out how to open them. In some cases, the doors are already open, but you must figure out how to reach them. You may walk into a level with a door that seems impossible to get to, but there is always a way. Usually, it requires thinking outside the box and disregarding the laws of physics, but you do find a way. Another aspect of Youropa I enjoy is how it chooses to keep things fresh in gameplay. You, and your character You, receives new abilities throughout the game. At first, walking is your only ability, but as you go through the game, more abilities unlock to help You navigate Youropa. One such skill is being able to pick items up, throw them, and run. This, in turn, allows You to access new areas, even in previously completed levels. The wall walking mechanic is another extremely well-done puzzle mechanic in Youropa. To walk on walls, there needs to be a curve on the floor, wall, or ceiling. The levels appear small at first, but there’s a good chance that a whole section of the area is underneath where You is standing.

The one major disappointment I had with Youropa is its painting mechanic. Paint is supposedly integral to Youropa, but it’s never really used. You’s life is represented by how much paint covers their body. Once You’s whole body is white, it’s game over, and the player must restart the current level. Color is used in a couple of fun levels that involve spray painting a container to get a vehicle to go through rings. The use of paint is a fun mechanic, but outside of a few levels, you never use this gameplay mechanic. It’s a shame because that level where you spray paint a container to get the vehicle through was extremely clever, and I would have loved to see more of that. 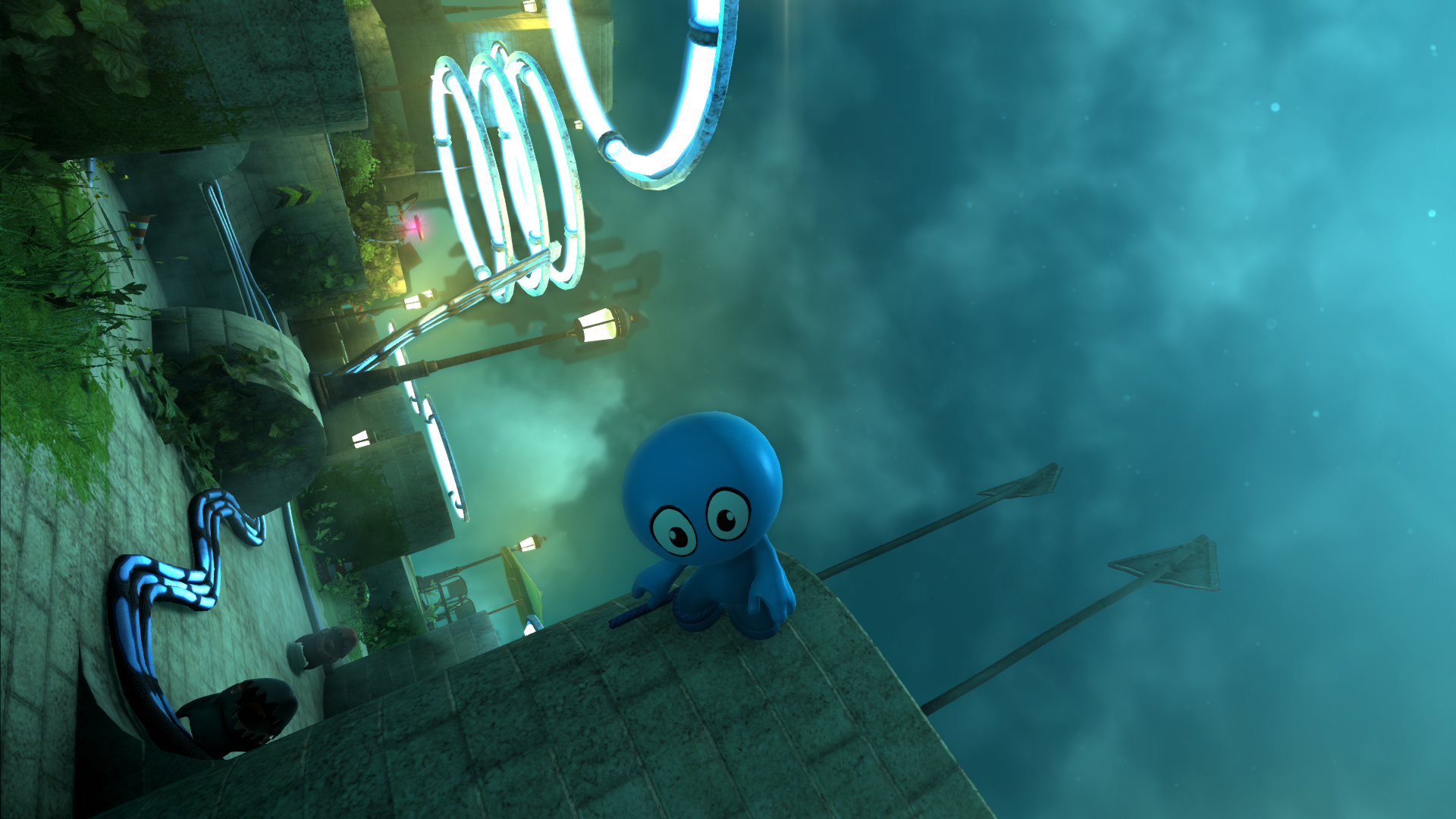 Youropa is a special puzzle game that manages to do enough memorable things to keep you interested and invested. Smart puzzle designs make the game a fun challenge to complete, along with clever new abilities you unlock as you play. The big miss here is its painting mechanic, which it describes as an important aspect, but rarely ever uses the feature. Youropa offers plenty of variety to keep you playing throughout its adventure.