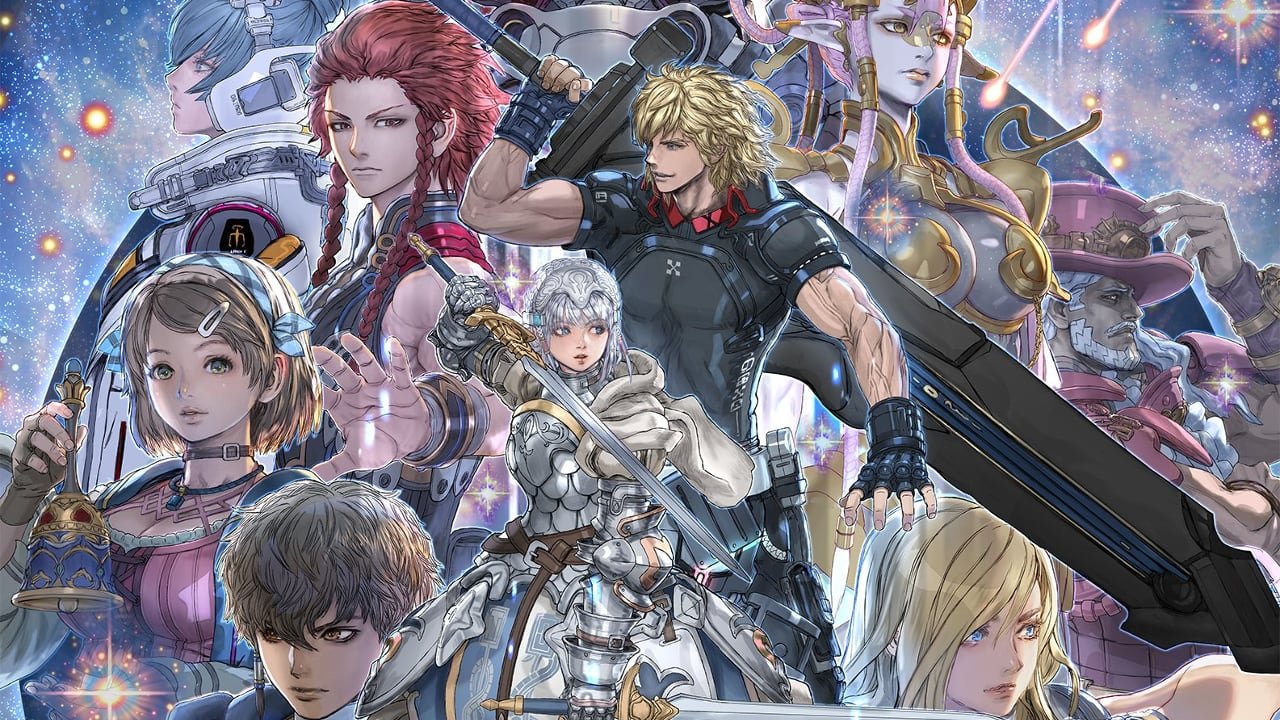 Square Enix is bringing its stable of prominent franchises to full bear this fall/holiday season, and next up in their volley of meaty RPGs is Star Ocean: The Divine Force. We’ve seen a lot of revivals either released or announced within the last few years, and developer tri-Ace’s nearly thirty-year-old franchise returns to get its science fiction peanut butter in our fantasy chocolate once again.

Star Ocean: The Divine Force draws inspiration from Star Ocean: The Second Story, the PlayStation game that introduced western audiences to the franchise. Players choose one of the two protagonists to follow throughout the story: Raymond Lawrence, marooned captain of a merchant spaceship, or Laeticia, a questing princess who wields dual blades.

When Laeticia happens upon Raymond’s crashed escape pod, they quickly strike up a mutual understanding and set off together—to find Ray’s missing companions, and to recruit an illusive mage named Midas Greenfel to Laeticia’s aid. Star Ocean veterans could probably venture a guess at the vaguest shape of the story’s trajectory from the get-go, but it’s not without its own unique twists and turns. Like its inspiration, the character you choose will slightly alter the perspective you see and the characters you can recruit. Since its ancestor is my main experience with this series, I loved that tri-Ace returned to this format. Playing Raymond’s path, I didn’t get the sense I’d missed anything critical when Laeticia left, and was intrigued to try her path and get the little snippets of story I’d missed.

Regardless of the character you choose, Star Ocean: The Divine Force’s narrative deals in some familiar conventions and tropes. Despite the shiny look and the more prominent science fiction elements, this is definitely a classic JRPG at heart—and that means baked-in pacing issues, fetch-questing, and backtracking. Fans of the genre will know what they’re in for, while players with more modern tastes may balk when the game wants to send them in circles early on.

“…developer tri-Ace’s nearly thirty-year-old franchise returns to get its science fiction peanut butter in our fantasy chocolate once again.”

Despite coming from a Star Trek-inspired vision of our own future, Raymond sets about trampling upon the Prime Directive with the barest amount of required trepidation. The Divine Force is wise not to cling to this familiar plot device too hard, but it does lead to some moments of thematic whiplash. When Raymond advises discretion before immediately drawing a village’s attention to his flashy RGB-equipped robot, D.U.M.A., it’s hard not to laugh at the inconsistency. (Then again, he does wear a totally anachronistic outfit with its own blinking lights, so his chances of remaining incognito were already slim.) Raymond himself felt like a typical “JRPG protagonist” type in the earlier hours, but like most of Star Ocean: The Divine Force’s cast, he does manage to reach beyond this trope at times. We are introduced to most of the characters via familiar conventions before they start to break free and forge their identies. The biggest exception to that is Midas. He breaks into the scene in one of the most bonkers outfits I’ve ever seen in a video game, but quickly caught my attention with his uniquely crotchety demeanour.

In terms of battle, The Second Story’s influence continues to be seen despite the series’ move toward an action-RPG style. When you come across a group of foes in the environment, you engage them on the spot. Attacks and skills are mapped to three of the face buttons, and lead into customizable combos; using these attacks costs AP, which is regenerated simply by not attacking for a couple seconds.

“In both plot and gameplay, Star Ocean: The Divine Force is a slow build.”

Where Star Ocean: The Divine Force shakes up the formula is D.U.M.A. Ray’s spherical buddy can whisk you around the battlefield to blindside enemies and earn an advantage. Spend AP using regular attacks to build up the Vanguard Attack gauge, then use a lift from the robot for a character-specific special attack, and repeat.

Battles flow fairly well in this loop overall. However I can’t say waiting for AP wasn’t frustrating at times, especially coming off of Square Enix’s other recent releases like Valkyrie Elysium and NieR: Automata, which lean harder into the “action” of “action-RPG” and leave such basic attacks unrestricted. In both plot and gameplay, Star Ocean: The Divine Force is a slow build. Regrettably, it doesn’t do a lot to put its best foot forward at times, underexplaining its battle system or trusting that you’ll stumble into its character development systems. Even its robust crafting systems are hidden somewhat off the beaten path, behind side quests for a recurring character of sorts.

It’s a shame, because once you dig into those systems the options pile up quickly. Characters have unique skill trees where stat boosts and skills can be unlocked. Skills can also be levelled up, allowing a healthy amount of customization and prioritizing. Once you’ve unlocked more options, you can really make each party member your own, and I enjoyed experimenting with various chain combos.

“…the game benefits from the PlayStation 5 hardware without feeling entirely next-gen.”

Just like the game’s dual approach to its protagonists, I’m of two minds on Star Ocean: The Divine Force. On one hand, it’s a perfectly serviceable JRPG that brings a lot of things to the table: plenty of replayability by genre standards, a unique blend of science fiction and fantasy, and pretty compelling performances. On the other hand, there seems to be a caveat for most of the high points I can mention.

The acting is good… but the writing can be a mixed bag, especially when justifying why we need to do busywork objectives. The graphics are pretty good for PS5… but aren’t pushing the envelope, especially when it comes to water effects and the subpar lip-syncing. It does well with the open-world-adjacent level design of modern RPGs… but also doesn’t meet the awe or scale of the Xenoblade Chronicles trilogy. It evolves an old turn-based system… yet doesn’t meet the same thrill of Square Enix’s last two releases. Similarly, the game benefits from the PlayStation 5 hardware without feeling entirely next-gen. If nothing else, it’s nice to finally break away from the prolonged load times that dragged down the last generation. However, the game isn’t quite optimized; I observed some wonky lighting issues at one point, and it’s clearly a cross-generational title.

While this risks sounding negative, I would highly recommend Star Ocean: The Divine Force to JRPG fans—but I also don’t blame anyone who doesn’t make it their highest priority with the overall bombardment of holiday season releases. tri-Ace may not have broken much new ground, but they’ve made a solid adventure I look forward to replaying and exploring further.