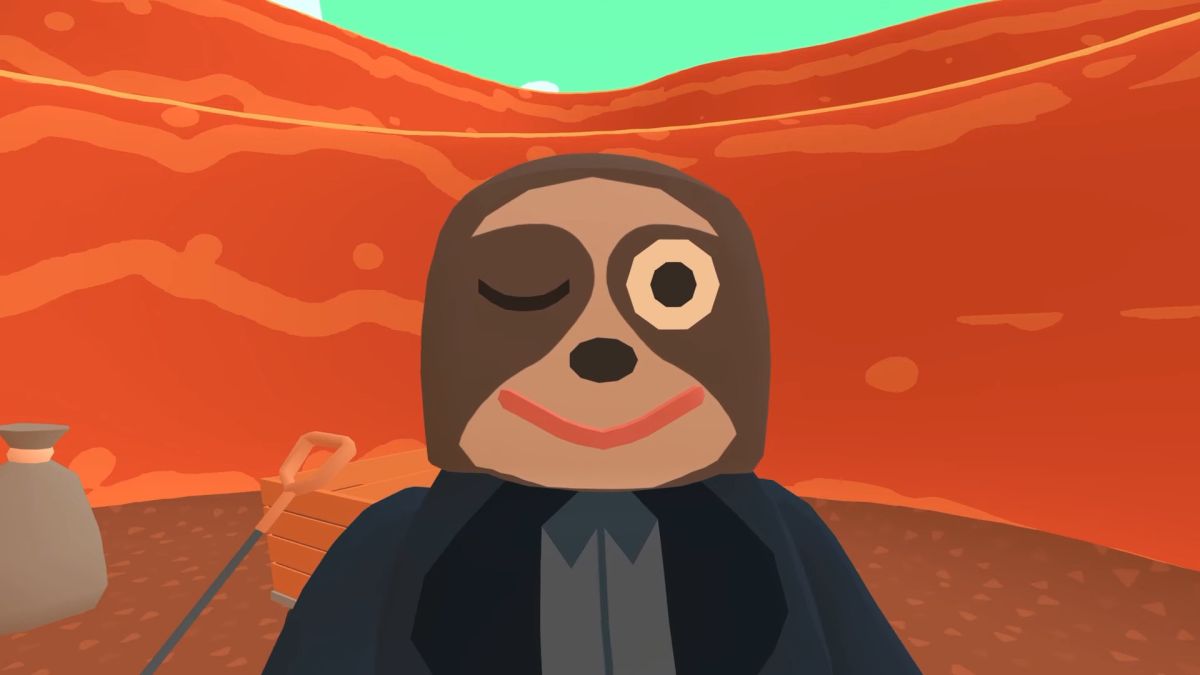 Forget Silent Hill and disregard Uncharted, because my favourite game series about amphibious sleuths and their crustacean partners returns to us on October 27 with Frog Detective 3: Corruption at Cowboy County.

Continuing the Frog Detective saga, Frog Detective 3 takes you and your partner—Lobster Cop—to a Wild West-themed locale to solve the "conundrum of a sheriff-less county". If it's anything like the last two games, you'll mostly progress the plot by chatting with a gaggle of bizarre and endearing anthropomorphic town inhabitants and collecting a few key items. There's also a magnifying glass, which serves no purpose beyond zooming in on things a bit.

If it's not abundantly clear, these games are pretty much one big, absurd comedy skit. The joy comes not from solving puzzles or collecting clues, but in the interactions you have with the various weird animal-people that make up each game's cast. It's more like Wes Anderson Does Gone Home than a Phoenix Wright-style investigative mystery. As the game's Steam page used to read, "If you're looking for hard-hitting detective work, you've clicked on the wrong store page".

Frog Detective 3 is pitching itself as the third and final game in the series, which is probably for the best. As much as I enjoy the silly, cosy comedy of these games, the joke would probably start to wear thin if it got stretched out much further. Better to go out on a high note than to make me resent the sight of gaming's foremost froggy gumshoe.

Just like the last two games, Frog Detective 3 is being developed by a tiny dev team made up of Grace Bruxner, Thomas Bowker, Dan Golding, and Olivia Haines. It will release on Steam on October 27 and will, we can but hope, finally put the dark mysteries at the heart of the series to a long-awaited rest.