The Final Locks and Longshots

Hi everybody and welcome to another LOCKS & LOCKSHOTS!  Every other week, I pick a few characters or books I believe are locks for a TV show or movie appearance and a few I think are not particularly likely, but are still possible.  As some background on me, I am a comic book reader who reads dozens of articles about the entertainment industry every day.  I use this strong knowledge of the innerworkings of the entertainment industry and combine it with my deep comic book knowledge in order to come up with speculation opportunities.  As a result, these predictions will often be very far ahead of the market, as they are based less in rumors and more in business logic and deductive reasoning.

Hey everyone!!  So, at least for now, this is going to be the final issue of Locks and Longshots.  I love writing the column, but after almost 2 years of doing it, I have to admit I am starting to find the format a little constricting.  Coming up with new characters that are actually worth doing full writeups about for the MCU every two weeks is not easy and I worry that this will devolve into picking super obvious characters like Wolverine or deep dives into obscurity that will not make anyone any money.  I am still going to write for CBSI every week, but for now, I want to leave this column on my terms and try other formats.  I hope you all have enjoyed reading these articles as much as I have enjoyed writing them and that I have helped you make a little bit of money along the way.  Anyway, let’s talk about some comics!

WHO IS SHE – “Originally starting off as a super villain and enemy of the X-Men, during which she was the White Queen of the Hellfire Club, Emma Frost is a powerful mutant telepath who can transform herself into organic diamond. She has become a prominent member of the X-Men. A gifted teacher, Emma is renowned for her beauty, wit, and sense of fashion.” – Comic Vine

WHY SHE IS A LOCK – I would be beyond shocked if Emma did not make it into the MCU for a lot of reasons.  First of all, she is one of the most interesting characters Marvel has ever published.  Her villainous origins and muddled redemption make her incredibly fascinating and a standout in every scene she is in.  Second, she has been a fixture of X-comics for decades now and has been part of some of the most iconic mutant stories the House Of Ideas has ever published.  Third, its not like moviegoers hate seeing hot blondes in lingerie.  Admittedly, certain aspects of her costume would probably have to be toned down a bit (some of her costumes in the comics are not even physically possible), but that is a fairly small thing to handle.

Some will say that, in todays day and age, a character as overtly sexual as Emma is a nonstarter, but respectfully I disagree.  Emma Frost is a whip-smart, confidant, successful woman who owns every aspect of her sexuality and never allows others to define it for her.  To me, that sounds more like something modern moviegoing audiences would want to celebrate, not condemn.  Some may disagree with me that those are qualities to be celebrated, but the point of this writeup is not to judge values, but identify opportunities for movie-based speculation.  Viewed in that light, there are few characters I have greater confidence in than the White Queen.

COMICS TO LOOK OUT FOR:  Given Emma’s choice of clothing and trmendous popularity with fans, she has graced a LOT of comic book covers.  As a result, trying to list all of her keys and other investable books would be a fool’s errand.  So just know that this list is incomplete and that there are a lot of other Emma books out there worth taking a look at.

FUN FACT – Emma Frost, along with the whole Hellfire Club, is heavily inspired by the 1960’s spy show The Avengers (the name is a total coincidence).  Her name and outfit are direct homages to secret agent Emma Peel and the outfit she wore in a particular episode. 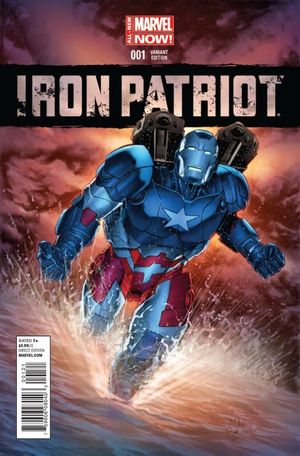 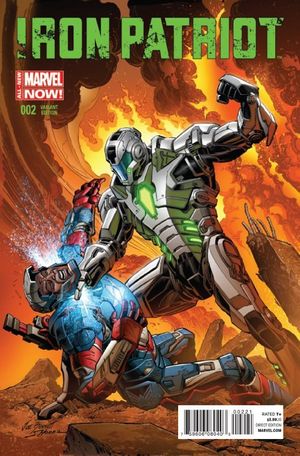 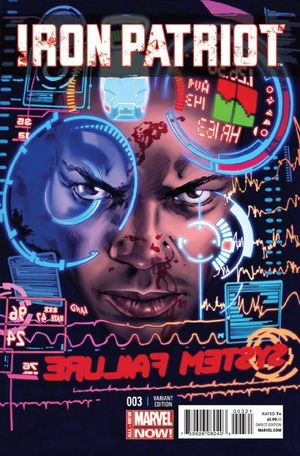 WHAT IS IT – A set of rare ratio variants from the Iron Patriot series, which had a very low print run.

WHO ARE THEY – “Detroit Steel is a corporate armored mercenary produced by Hammer Industries. He is ready to defend the assets of your company at any price. Changes the color of his armor, depending on the employer.” – Comic Vine

WHY THEY ARE A LONGSHOT – As I was doing some research for this article, I came across a really interesting quote from Matt Fraction.  I have bolded specific sections that really stuck out to me:

He is what follows in the hole left behind by Iron Man once Tony Stark leaves the world stage. Tony hasn’t been around to protect the regular interests that he might have during his time running Stark Industries or running S.H.I.E.L.D. And now that he’s back, he’s made it clear he doesn’t want to get back into the geo-political side of things necessarily. Detroit Steel is what happens in that absence. He is a sort of Blackwater-meets-NASCAR corporate-sponsored armored enhanced guy available for hire to the highest bidder for whatever cause around the round. Basically, Iron Man’s worst nightmare of what he could become. An absolute perversion of everything he is.[3]

This statement really struck me because I think the MCU is in a similar situation to the world that Fraction described – one grappling with what it means to no longer have Tony Stark around.  We know that Armor Wars will revolve around Tony’s technology getting in the hands of bad actors, which feels like exactly the kind of problem that would erupt in a world without Tony.  His presence will inevitably loom large over the series and could easily pave the way for someone like Detroit Steel.  The fact that he is a peversion of everything Tony held dear has tremendous cinematic potential and would fall in line with Marvel’s time honored tradition of the bad guys just being dark mirrors of the heroes.  Furthermore, the Detroit Steel armor was once piloted by Sasha Hammer, the daughter of Justin Hammer (who was himself a peversion of Tony).  This would be a really easy way for Marvel to further root Armor Wars in the Iron Man mythos and could really heighten the drama.  On the other hand, Marvel could opt not to do any of that because nobody really cares about Detroit Steel and there are plenty of other armored characters to use.  I think it is a good theory, but I cannot pretend it is anything more than that.

COMICS TO LOOK OUT FOR: 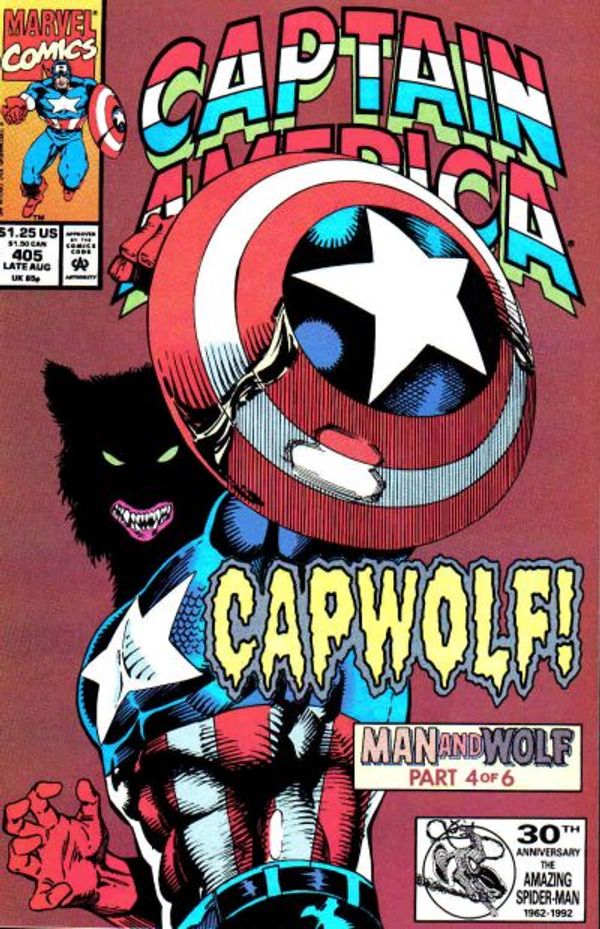 WHAT IS IT – First appearance of Cap-Wolf, aka Captain America turned into a Werewolf

WHY IT IS A LONGSHOT – Given that Steve Rodgers is dead in the MCU, there are only a few ways that we could ever realistically see Cap-Wolf:

I love the idea of this happening, but generally speaking it is not the best idea to heavily invest in books with fewer pathways to profitability.  Still, this book can easily be found for cover price, so its not like it is a huge gamble.

Thats all this week folks!  Hope you enjoyed.  If you have any suggestions or corrections, let me know in the comments and I will give you the credit for it!

Click on the box below to browse my comic book shop and find some great comics at a great price!