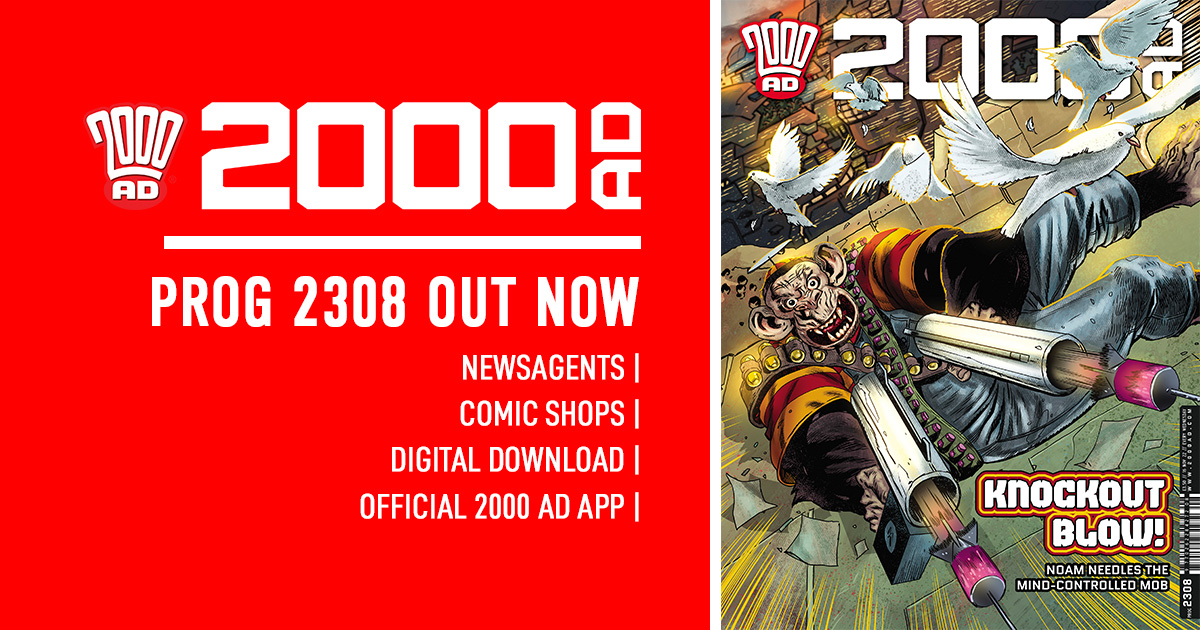 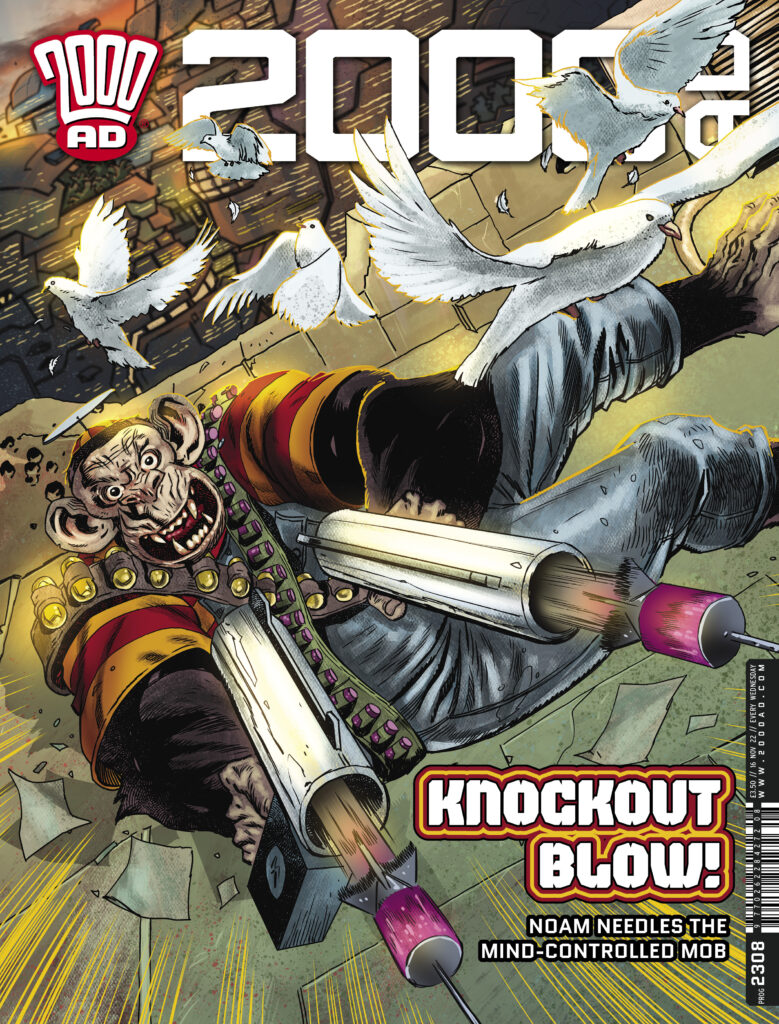 I am Tharg, cosmic channeller of brain-frying Thrill-power — let me light up your circuits!

Indeed, your zarjazosity sensors should be glowing green across the board as you turn the pages within this pulse-pounding prog for it’s another scrotnig edition, featuring the penultimate parts of Hershey, Chimpsky’s Law and Judge Dredd: ‘Buratino Must Die’ alongside the latest instalments of Hope and Enemy Earth.

2000 AD Prog 2308 is out now from all good newsagents and comic book stores, plus digitally from our webshop and apps! Don’t forget that if you buy an issue of 2000 AD in the first week of its release then postage in the UK is free!

Mega-City One, 2144 AD. Home to over 180 million citizens, this urban hell is situated along the east coast of post-apocalyptic North America. Crime is rampant, and only the Judges — empowered to dispense instant justice — can stop total anarchy. Toughest of them all is JUDGE DREDD — he is the Law! Now, following the ‘End of Days’ incident, two East-Meg Judges have been granted sanctuary in MC-1… 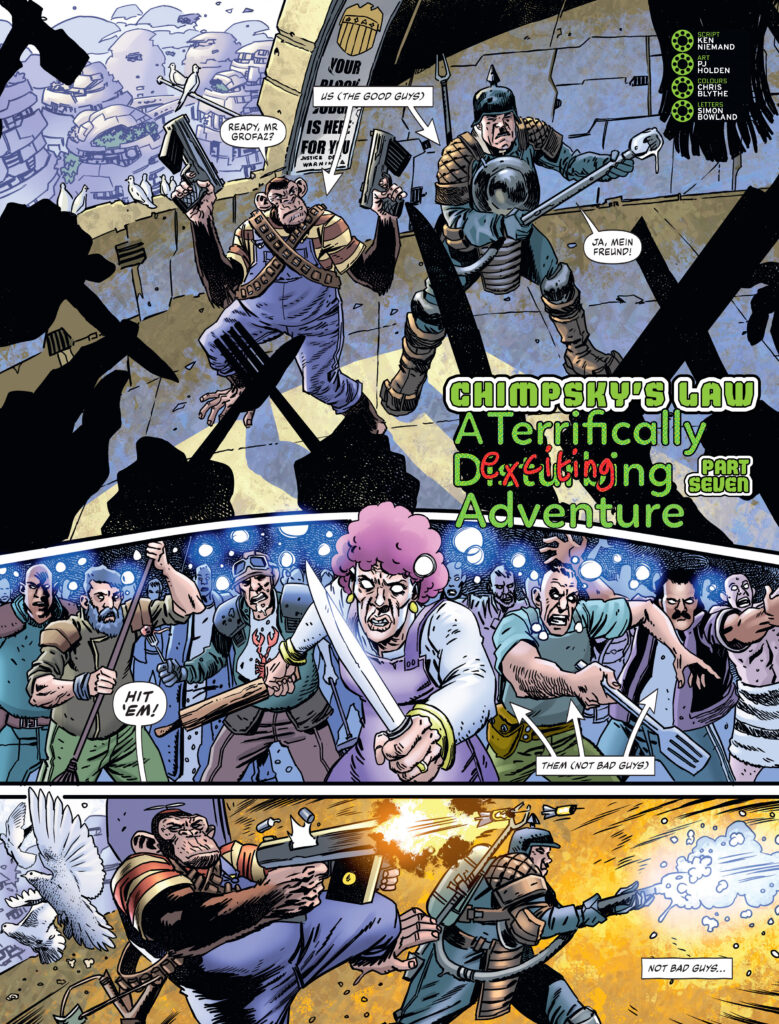 Mega-City One, 2144 AD. Noam Chimpsky is a super-intelligent ape living in Ludi Wittgenstein block, and he sees it as his mission to protect his fellow residents from the various threats and problems that can befall a citizen of the Big Meg. He does all this secretly, allowing others to take the credit, such as Wittgenstein’s useless block Judge Stan. But now a malicious pair of psychic juves have moved into the block… 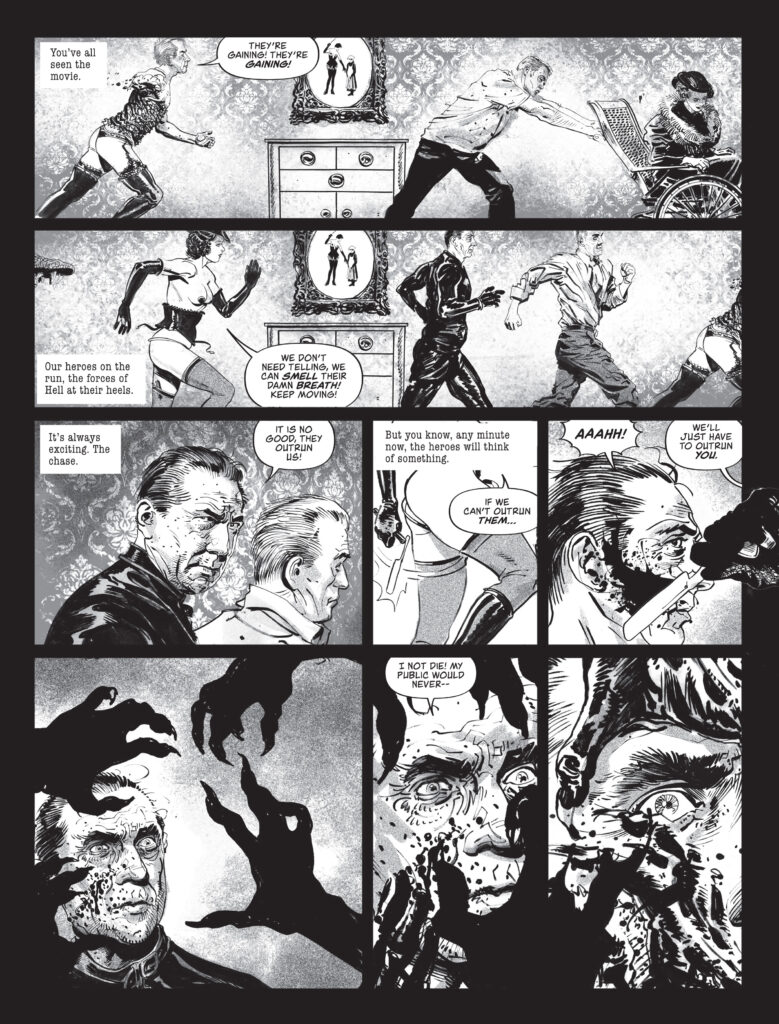 An alternate 1940s USA. WWII is over, victory having been secured by occult means, and consequently magic is a part of everyday life. Mallory HOPE is one such skilled operative, though calling on the dark arts takes its toll on the user. He’s also a P.I., hired for all manner of down n’ dirty jobs — and an investigation into a cursed movie has led to the reappearance of Hope’s missing wife, Alice, who has plans for the film… 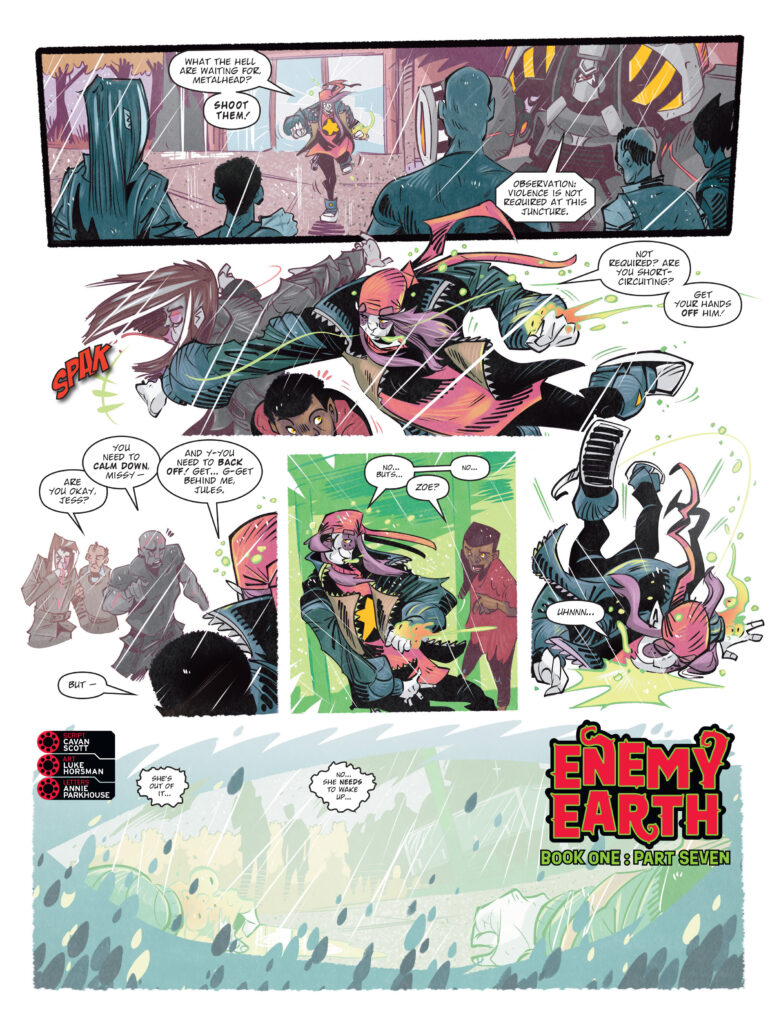 The near future. Mother Nature has turned against the people that live upon the Earth’s surface. Now, the planet’s flora and fauna have mutated and are viciously attacking humanity. As society crumbles, and survivors seek safety, young Zoe, who has lost her own family, has rescued a young boy, who has been living for five years in a bunker with his protective robot. It turns out he’s the prime minister’s son… 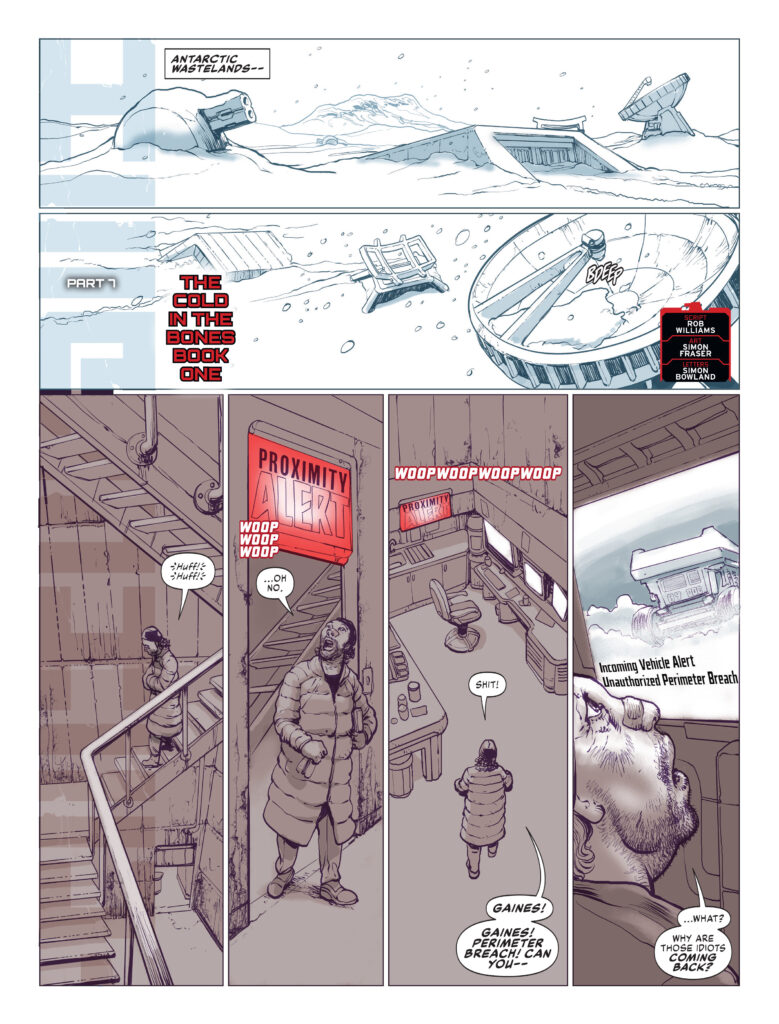 Judge Barbara Hershey was one of Justice Department’s most respected and capable young officers before she became Chief Judge. Leading the city through numerous challenges, she only occasionally clashed with Dredd — until the ‘Small House’ affair and the revelation of Judge Smiley’s clandestine operations on her watch. Now, seriously ill from a microbial virus, she’s faked her death to deal with Smiley’s legacy…