The CEE Animation Forum, the largest pitching and networking event in Central and Eastern Europe, took place between 2nd and 4th November. A total of 33 projects were presented in the 4 main competitions, with the juries presenting awards to a total of 14 animated works. This year, audiences were able to follow the programme in the creative space DEPO2015 in Plzeň and connect to broadcasts on social media. 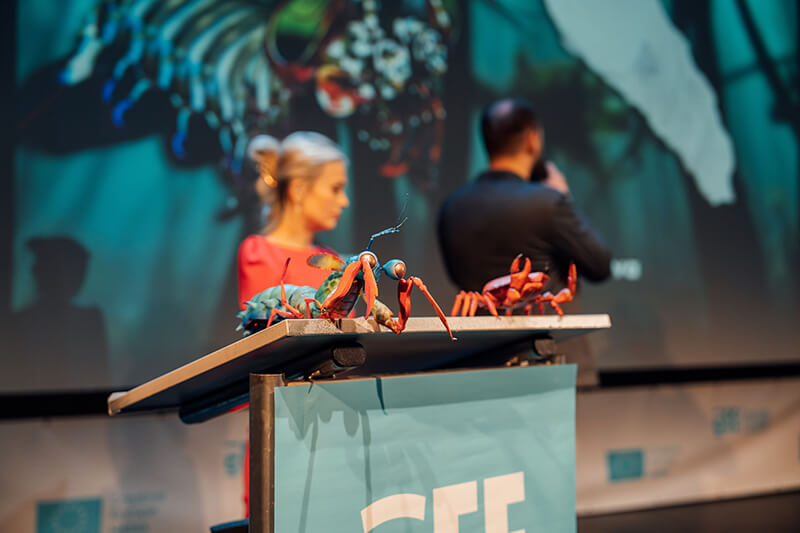 An intensive two days were filled with a wide range of magnificent projects, which were searching for potential partners in the live audiences and via virtual platforms. “Most of all, it was amazing to observe the student teams that presented their work to audiences with great courage. Proof of this support is that the audience award was given to a project from the Rising Stars section,” said Marta Jallageas, Managing Director of the CEE Animation Forum. It was also clearly demonstrated that the world of animation has a substantial female presence in pitching projects, with a high ratio of 36 women to 27 men.

An important part of the programme was the panel discussion with representatives of national television broadcasters, during which the audience was introduced to Petr Farkaš (CT, Czech Republic), Halka Marčeková (RTVS, Slovakia), Audronė Šepetė (LRT, Lithuania), Tiivi Tuur (ERR, Estonia), Zane Valeniece (LTV, Latvia), and Kresimir Zubcic (HRT, Croatia). With a united voice, those broadcasters who were present agreed that support for local productions is a priority for them when purchasing animation projects, despite the current adverse financial situation. 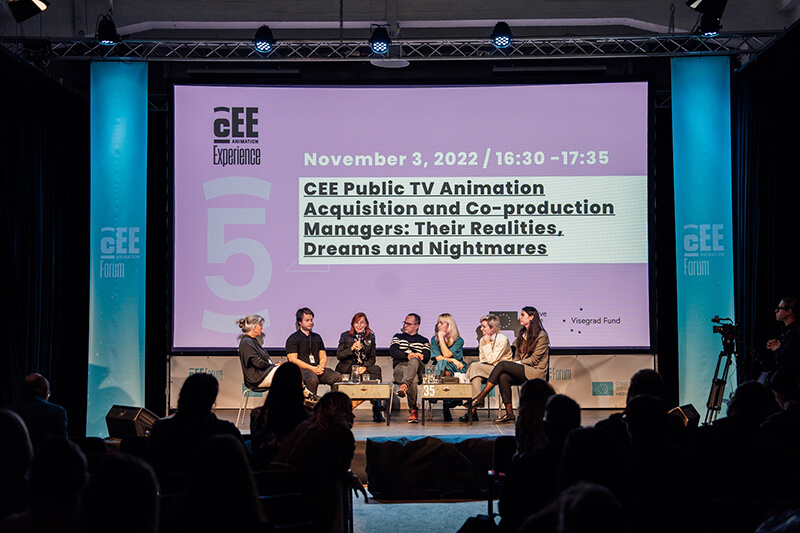 CEE Animation is an active player in the animation industry and regularly opens up themes that weigh on film professionals. During the closed meeting between representatives of TVs and CEE Animation, potential steps to help animation creation in the Central and Eastern European region were discussed. CEE Animation tries to stimulate the conditions under which projects can materialise bring those works into being. The meeting of the representatives of television broadcasters from the CEE region also opened up the question of possible co-ordination of co-operation with regard to support for domestic productions.

Jury statement: We found the project to be very courageous and challenging in terms of telling the story by selecting different visual styles and genres. It´s fresh and new. It comes with a universal topic – how much love can surprise us at any time and literally brings so much colours into our previous “waffle” dry world. It also illustrates how much determination these costs. During the presentation we were given a very clear picture about the intention of the creative and production team.

Jury statement: We like this project for its precious and authentic connection between its core topic, story, place and its director. We grew attached to the strong female character, a young girl named Sorya, becoming an independent woman, just like her homeland Cambodia is quickly changing into an open and modern society. The plot is full of energy and is also visually strong, which immediately gets you hooked. And it is a great musical adventure!

Jury statement: We were impressed by the unique style and tone of this project. It seems a very brave move to let the story take place in a dark and gloomy world, completely inhabited by insects. However, we are convinced that the combination ofdrama and dark humor will end up being very entertaining.

Jury statement: The project has relatable characters, rich visuals and is well-suited for the target audience. The presentation was well-prepared and convincing.

Jury statement: Supersilly showcases a promising and daring union of story and style. The animation excites, capturing spontaneity and an organic feel in its movement. But, more importantly, the project offers a singular voice that needs to be heard.

Jury statement: Éva Darabos has built a world that we are keen to explore further, having charmed us with its grotesque and humorous style.

Jury statement: For the first time in the history of the CEE Animation Forum, there will be 2 winners who will share the prize. Why? Because we are convinced that these very different projects both stood out and deserve the top recognition. They are both well developed, radically different and most importantly very authentic and doable. We are so looking forward to seeing these films completed.