Devs are admitting their 'sins' on Twitter, and there sure are a lot who hid Loss in games 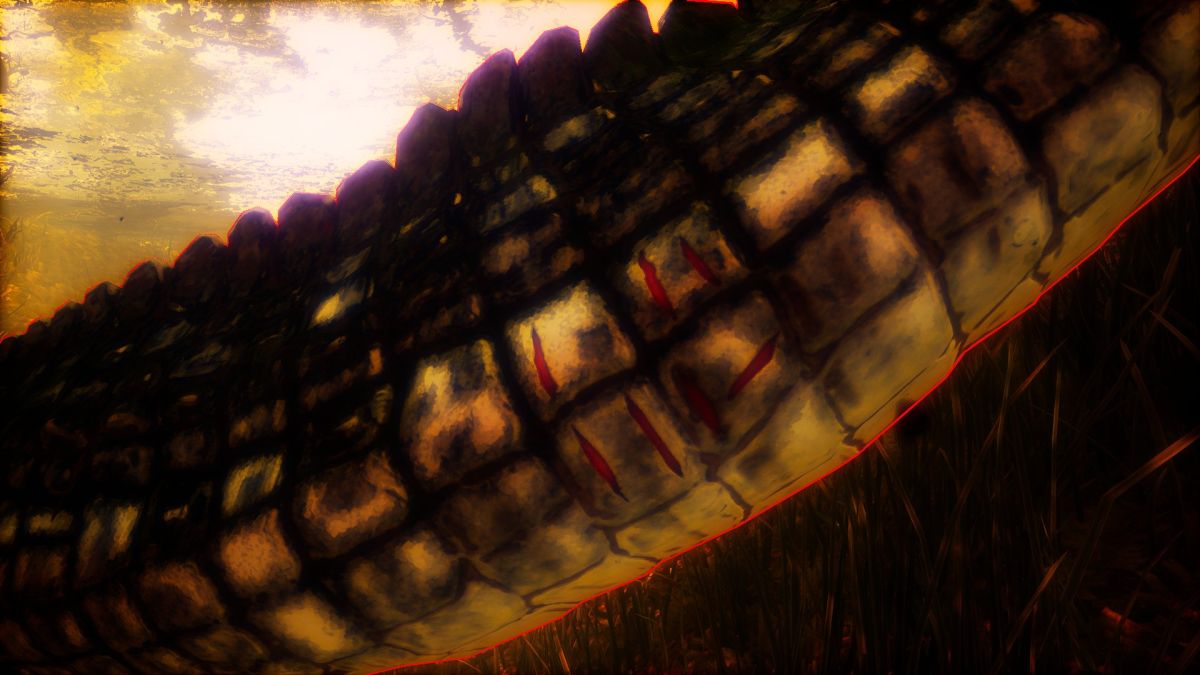 While Twitter users joke about the social media platform being on the brink of death and deletion thanks to Elon Musk's mismanagement, game developers have used this opportunity to stage a final confession, an absolution of all their design sins. It began with a senior character artist working on Overwatch admitting he hid "abstracted versions of Loss in older projects", and continued from there.

Other developers confessed to similar Loss-related crimes against videogames. For anyone who has remained blessedly ignorant of the Loss meme until now, it began when middling videogame-themed webcomic Ctrl+Alt+Del took an unexpected turn for the dramatic with a strip depicting miscarriage. The attempt to add emotional heft to a gamers-on-a-couch gag strip was so mockable that chronically online people torment each other with minimalist-yet-recognizable interpretations of its four panels to this day.

And that is why there is a Loss edit on an alligator in Maneater, an entire level in Super Meat Boy Forever that references Loss, and a Loss meme "the size of a cruise ship" somewhere in A Hat in Time. Hiding Loss edits in textures and tilesets is a recurring theme of the thread, as well as hiding other images and animations whether bananas or the Naruto run.

Like an image in a texture no one will ever notice, many of the "sins" aren't really that sinful. For instance, agreeing to reduce the reload and run speed buffs in Far Cry 6 then never doing it would make you a hero in the eyes of many. Likewise, the champion tester who noticed that in The Witcher 3 when Triss turned 180 degrees "her boobs would keep on jiggling for solid 15 seconds" and submitted a ticket to nerf that boob jiggle. Or the writer on Guardians of the Galaxy responsible for characters mentioning an alternate name suggested for their team was Stardust Crusaders, in reference to an arc of JoJo's Bizarre Adventure.

Other admissions are the kind of delightful dev hacks reminiscent of Fallout 3's metro car actually being an item of clothing equipped on the player's hand. Here's a perfect example: in Outer Wilds the player doesn't move, the entire rest of the universe does, as it makes movement and aiming smoother. And in Outriders, there's a forest fire scene but no system for fire propagation, so some poor designer had to script "about 600 plants to individually catch fire".

Not all are without sin, however. May the Lord find it in his heart to forgive the monster who admitted, "I worked on Bubsy 3D."