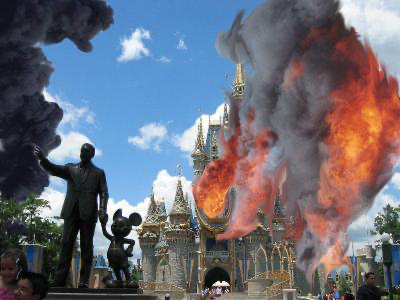 Sorry, not buying that one even if John Campea is. There is supposedly an agreement that she leaves the company after Indy V launches. I’ve heard that one before.

I’m not buying that one either because she wants to leave on a high note and no project that she is headlining will be successful.

How did Kathleen Kennedy get to where she is today? W-e-l-l-l-l, I do know that when she was seeing Frank Marshall before she married him, she was trying to keep it secret from Stephen Spielberg and she was scared to death that George Lucas would tell him. Take. From. That. What. You. Will. 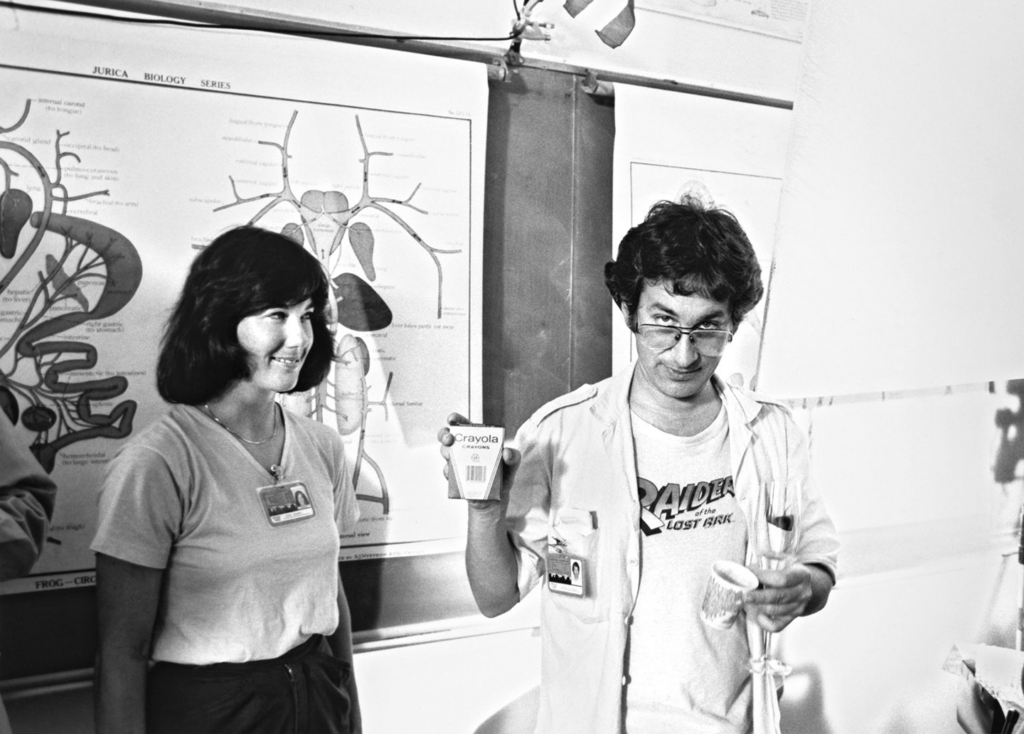 Because of that poison pill contract, Iger signed with George Lucas they will never be rid of her. I think the only way for Disney to unload her is to stuff LucasFilm with as much debt as they legally can and then spin it off. There is absolutely no point in keeping it. The Star Wars fandom is dead and Kathleen Kennedy is a shit-Midas.

She is George Lucas’ revenge on Bob Iger.

This rumor was released to John Campea to make it sound like Iger is doing something.

Disney’s only hope is a hostile takeover. Somebody who could buy it up, take it private, and fire half 75% of the executives. But that company wouldn’t be Apple. There is no way in hell they would tear the Woke out of anything.

I’m not going to say it’s impossible that Disney gets bought. Its stock price has no reason to go up at this point. Park attendance is down. The rides were cheapened in the Cheapek era. Marvel is losing ground with every movie because the Advocates are finally giving up and a bigger chunk of the intentionalists are leaving with each movie.

Marvel has no future and I can prove it.

Check out the age of the demographic makeup of Marvel Fans. Second line down: 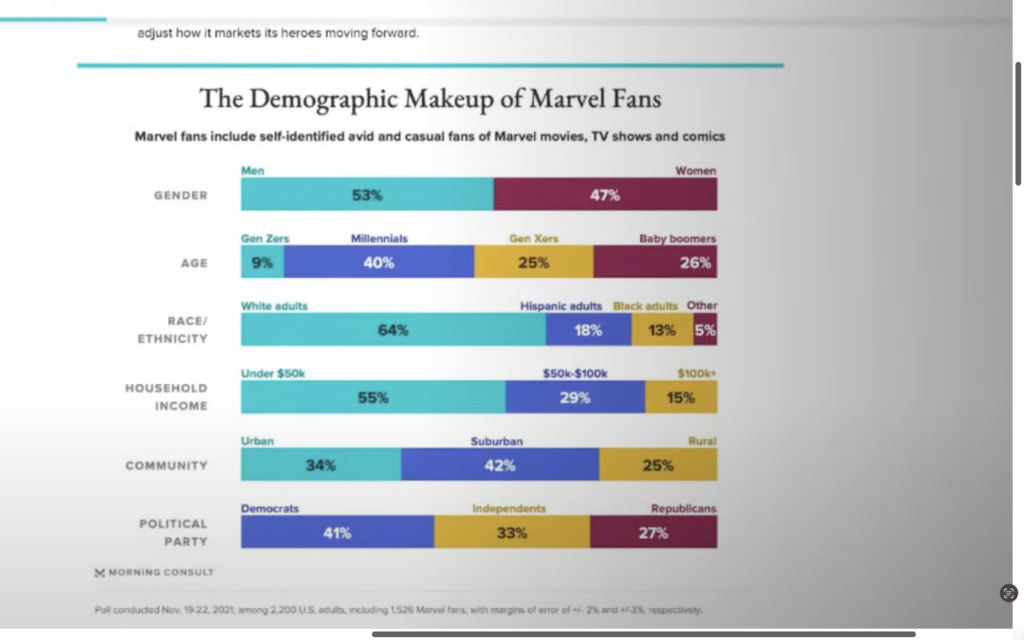 A whopping 9% of Zoomers are into it. Less than 10%. Millennials made it a mega-franchise but once you start getting into your forties, movie night becomes a bother and a nuisance especially if your kids have hit the age that they don’t want to be seen with you in public where their friends might see you and everything but she still expects me to trash Monster High for her. FINE, I’LL DO IT THIS WEEKEND!

The primary market for Disney was selling big time to the Millennials but a combination of terrible products and just plain aging is eroding that market.

The Zoomers don’t have any franchise that they have made mega-big. When I mentioned that fact on SG I got a lot of arguments followed by implausible suggestions for some mega-big franchise the Zoomers made huge. Anime is a lot bigger than it was when I first got into it but even the biggest individual titles are still niche fandoms that don’t reach beyond Advocates. And as you just saw, Zoomers ain’t that into Marvel. They have no reason to buy the awful comics or terrible toys. Zoomers have not produced any major fandom and for one reason only, they have been given nothing that speaks to them as a generation. The closest they got was Stranger Things.

Tarantino was talking to some kids in their twenties about movies and they kept bringing up Marvel. He was poleaxed when he realized these film students never had a chance to see something by a modern Scorsese, or a Coppola, or even a Spielberg when he’s being a grownup because the studios won’t allow them to exist.

This spending the next two years looking for a successor is a bad joke. Chapek’s firing is now confirmed as being “without prejudice.” Meaning there was no malfeasance. He was humiliated for political reasons. No CEO worth having will want the job at this point. It’s only a matter of time before Old Bob gets upset with you.

So either wait for Iger to die off or sell the whole damn thing to Apple?

The stock price has to be a lot worse than it is now, but it didn’t really go up much. It still hasn’t broken the $100 mark.

Again, I think this rumor was just leaked by the Iger camp to bump the stock price up over a hundred. It didn’t work.

Okay, that isn’t really a rumor, the previews pulled in a hilariously bad $800 K. It didn’t even break the million-dollar mark and Disney clearly thinks this one isn’t worth “fortifying.” Which is good news for me because if it is that irrelevant I don’t have to review it.

With all the news about Chapek this weekend I completely missed the fact that Wakanda Forever fell off a cliff. It only pulled in $55 million. $750 will be the leg out at that rate.

Iger’s biggest problem is this. He can’t blame Chapek for anything. Chapek only had the wheel for 11 months, everything going wrong right now was approved on Iger’s watch. To include Strange World.