You can pick any player of your choice from these Special Packs, depending upon the number and type of Nominating Contract Tickets that you have. Now that we are clear about Nominating Contracts, let us dive deep into the types of nominating contracts.

There are 4 types of Nominating Contracts corresponding to the number of stars that Players hold. They are:

How to get Nominating Contracts in eFootball 2023

The answer to this is very simple: By participating in in-game Campaigns. You can earn Nominating Contracts for free by completing certain objectives that have been listed in the Objectives section. These objectives can be completed only by playing in-game Tour Events, Challenge Campaigns, and e-Football League Matches. 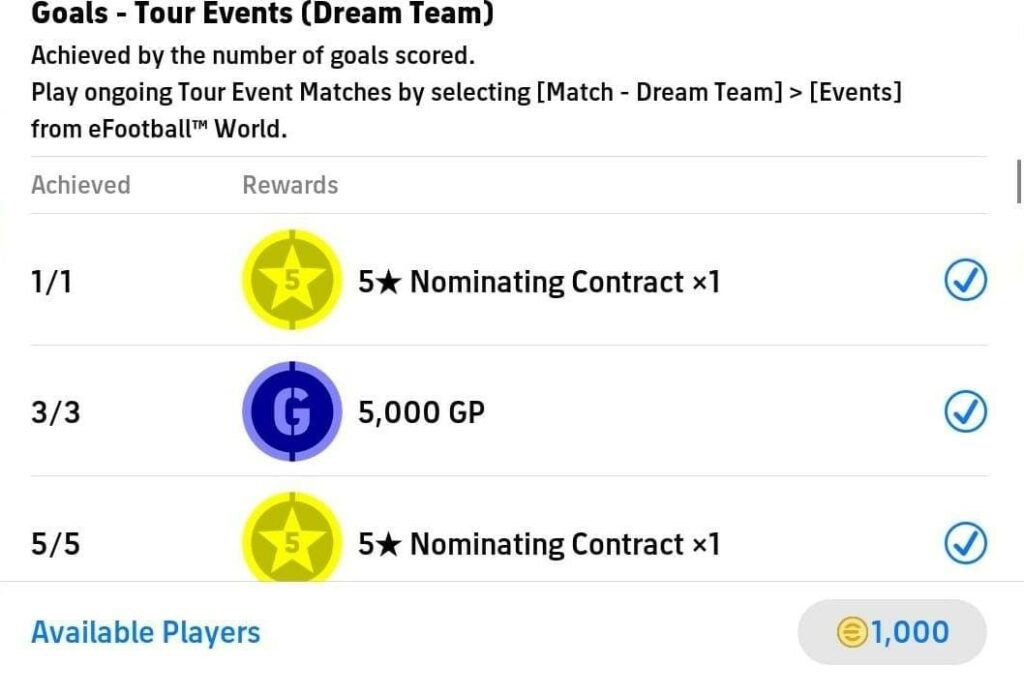 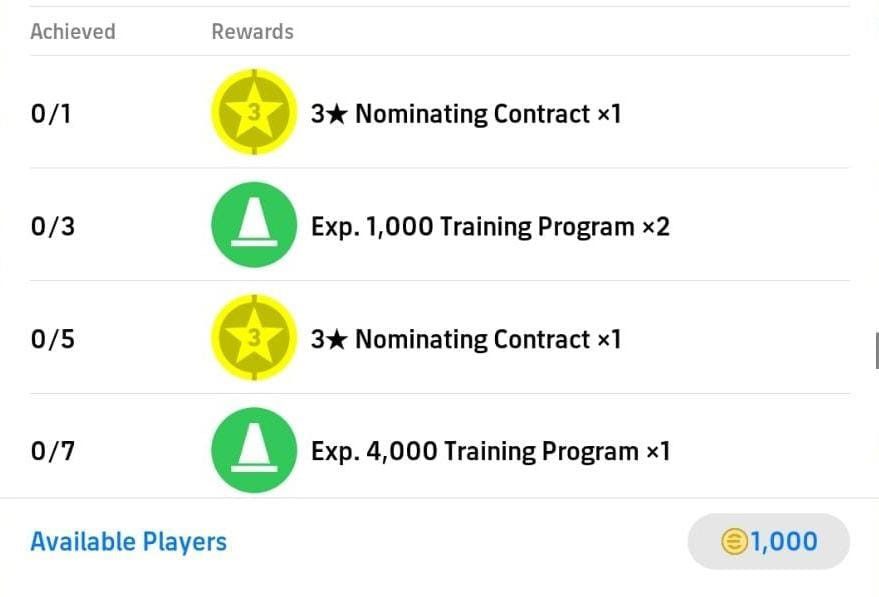 Challenge Events are Special Weekly Events that challenge players to go against other users Online. Users can find Challenge Events by navigating to the Events section under Dream Team. There are 3 challenge sets: 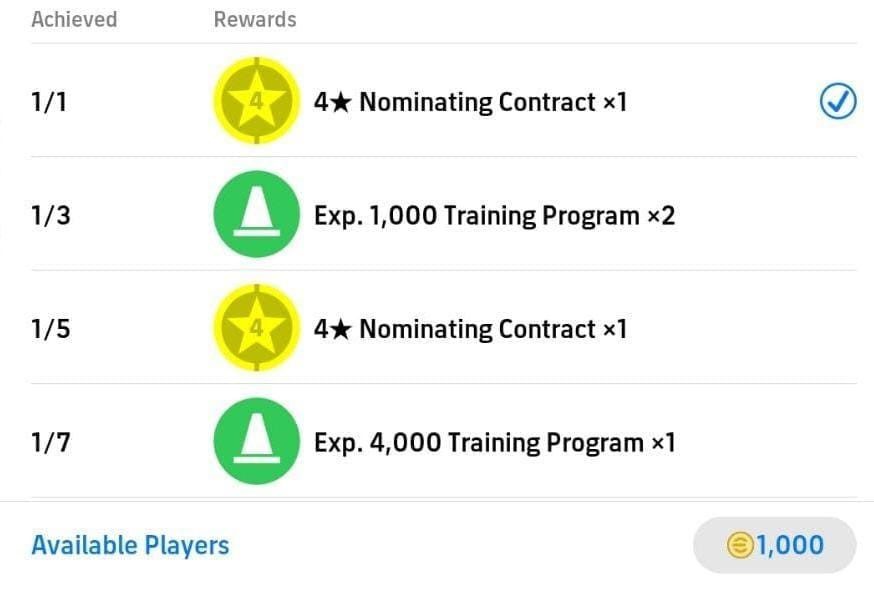 Additionally, as a part of the Special Campaign running now, users can claim another 4-Star Nominating Contract after completing their 5th Challenge Event Game( results of those games do not matter). To sum it up, the 3-fives that players need to follow right now to claim all the Nominating Contracts which are available to collect are:

How to use Nominating Contracts in eFootball 2023

You can now redeem players from Nominating Contract Packs. To do so,

Under the Special Player List, you will be having different types of Player Packs. On the Pack Label itself, it would be mentioned if the Pack falls under Nominating Contracts. You can just tap on that pack, view the players featured in the pack, and redeem the player of your choice, provided you have a Nominating Contract of the same/higher star rating as that player. Currently, there are 3 Nominating Contract Packs:

Chance Deal is an in-game item that allows users to sign a random player card, from the list of players lined up for the Chance Deal Pack. Simply put, you get one free attempt to sign a player from a Special Player Pack or a Partner Club Pack if you own a Chance Deal for that pack. Apart from Legendary and Featured Packs, the Standard Player Packs that have appeared as Chance Deals this season include:

Users have had the opportunity to sign a random Standard Player Card that currently features in these clubs. Usually, the game rolls out these Standard Player Chance Deals to celebrate the success or special days of their Partner Clubs. Though the AS Roma Chance Deal pack has expired, the FC Bayern Munchen Chance Deal is still there to claim and we will discuss how to claim the same, in the next section.

How to get a Chance Deal in eFootball 2023

Usually, Legendary and Featured Chance Deals can be claimed for free. You just need to log in and claim that from the Inbox. For Club packs, if the game gives you a Chance Deal, you need to earn it by taking part in special campaigns concerning that club. To do so:

Once you have earned the Chance Deal, you need to claim that from the Inbox. To sign the player:

Note: Once you have signed a Standard Player using Free Chance Deal, the Standard Player/Club Pack will no longer be present in the Special Player List.

Here’s a bonus tip for all users. By now, you know that you need to play 5 Tour Event matches to earn a 5-star Nominating Contract and you can play any of the three Tour Events available. In life, we need to go for the option which saves time and is multi-purpose.

Did you find our guide on Nominating Contracts and Chance Deals in eFootball 2023 useful? Let us know in the comments below.