Have you ever wished you could use your Game Boy as a video camera? Well you’re certainly not alone!

As you probably know… the original Game Boy Camera was a low-tech still camera made for the original monochrome Game Boy consoles.

For photography enthusiasts like myself, this was a fun gimmick to play around with.

But it was not made for serious photography. And it certainly wasn’t made to record video.

But with retro gaming devices making a comeback in recent years, it’s not surprising that there is also a niche community of Game Boy Camera enthusiasts.

And they are making some pretty awesome advances with the Game Boy Camera.

The Game Boy Camera community has a lot of crossover with the Game Boy console modding community.

They do need a Game Boy to make it all work, afterall.

Like with the Game Boy, there’s some exciting developments in DIY modding of the Game Boy Camera itself. 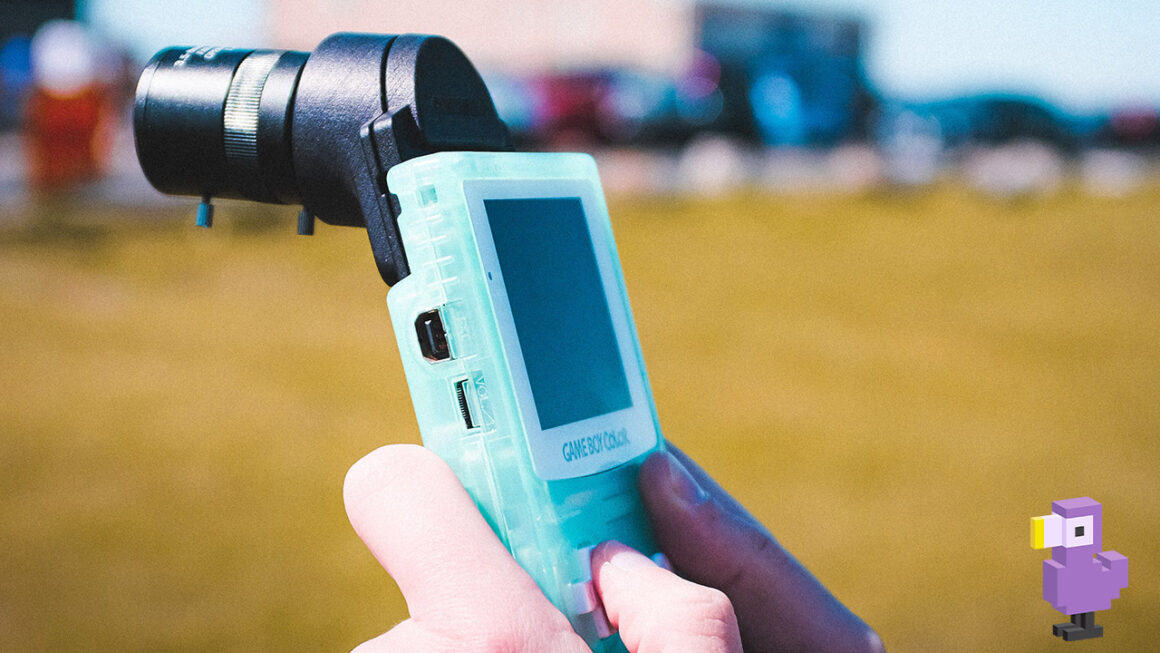 There are things like 3d printed shells to re-skin the Game Boy Camera game cart.

Some of these custom shell designs allow users to attach professional camera lenses to the GB Camera.

And there are some crafty people who modify both a Game Boy Camera and a Game Boy to merge them into a single unit that looks like a real camera, such as the “Camera M” project by Chris Graves. 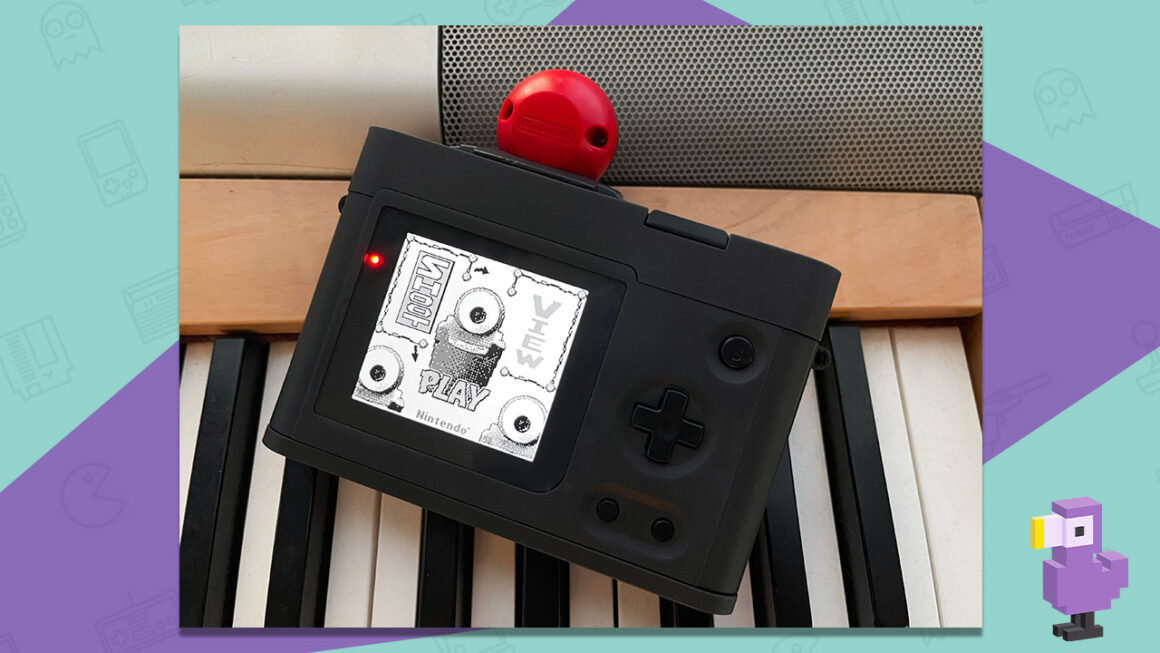 This is truly the highest level of custom development for the Game Boy Camera, and it takes someone truly dedicated to the spirit of the device.

There is a lot of love (and money!) that goes into developing all of the custom stuff needed to make a project like this happen.

Heck, we might even need to write an article about this project specifically in the future!

It’s really exciting to see the cool new advances being made in the Game Boy Camera community.

One of the most interesting has to be the new mod that lets users record movies on their Game Boy Camera: 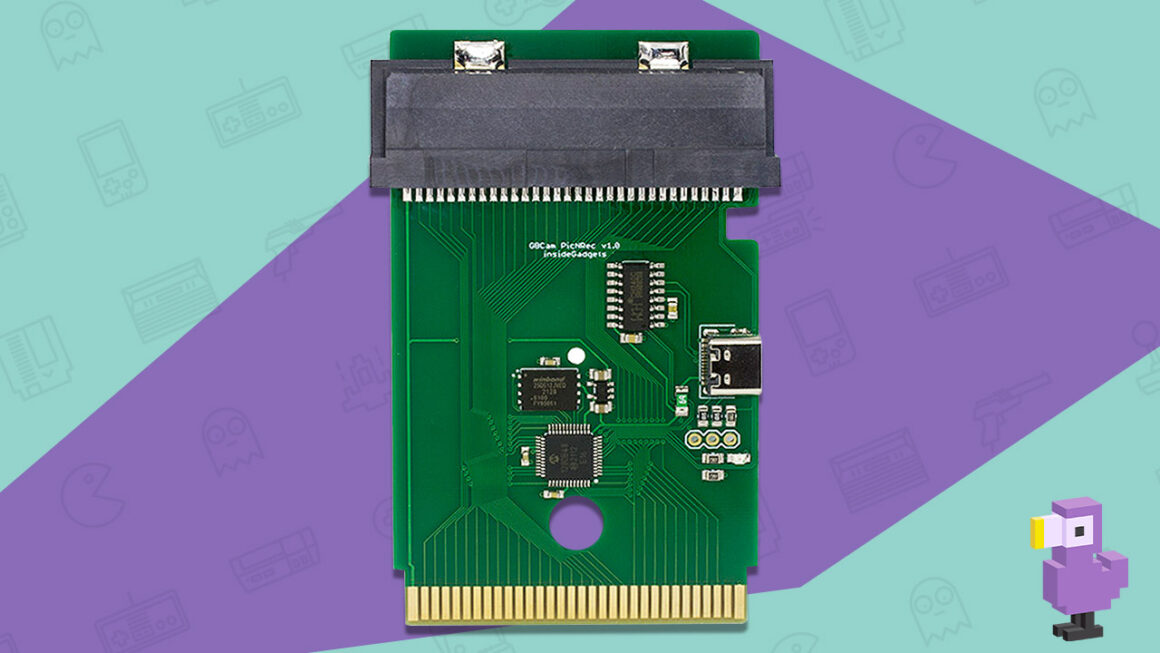 The mod that allows you to record video using a Game Boy Camera is the GB Camera PicNRec device by insideGadgets.

insideGadgets are pretty well known within the Game Boy community as the main resource for custom game cartridge boards.

But they have also created some super custom devices for the Game Boy that offer entirely new functionality.

One such device is their PicNRec cartridge, a custom game cartridge that is used between the Game Boy Console and the Game Boy Camera like a Game Genie or Game Shark.

In the words of insideGadgets:

The Gameboy Camera PicNRec is now available! Record for 1.5 hrs at 3fps, use the time lapse option of 1 to 60 seconds or take 18,000 pictures.

By literally monitoring all incoming data (the data that the GB Camera sends to your Game Boy in the preview window), the PicNRec can simply save all of this data as a video.

The PicNRec can only accept data that the Game Boy Camera can capture… which is gonna be that iconic pixelated imagery at roughly 3 frames per second.

So I wouldn’t expect to be recording anything too mind blowing.

But any fan of retro devices, the Game Boy, the Game Boy Camera, pixels, or mods would surely appreciate how cool this is. 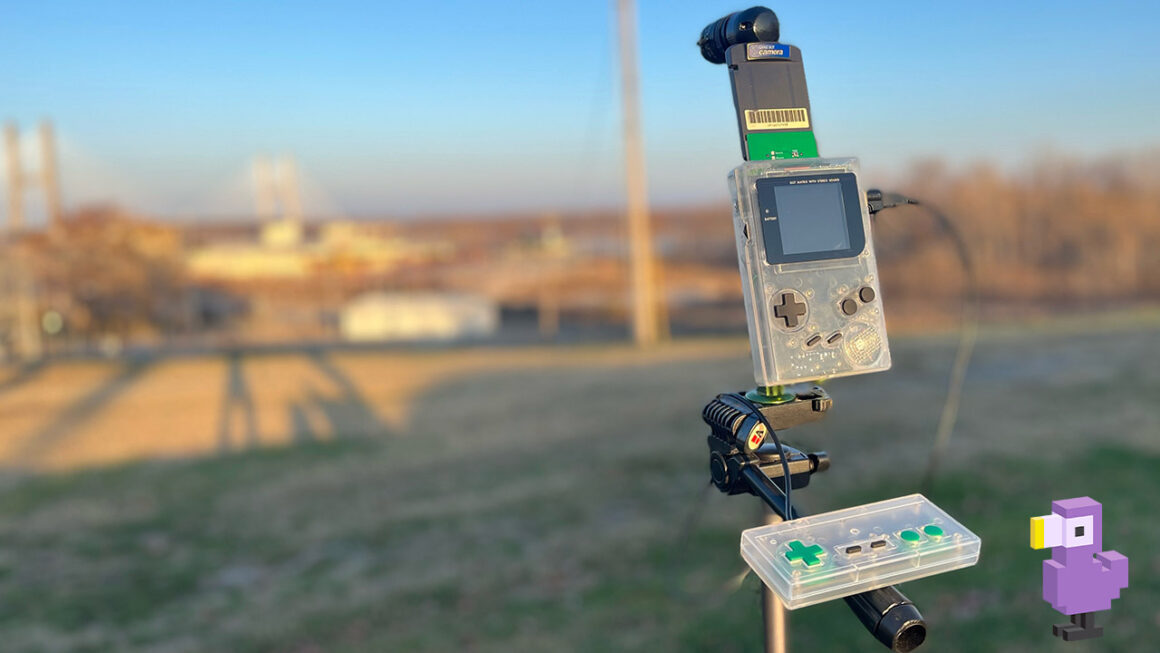 It can all look like quite the monstrosity with a Game Boy, a PicNRec, a Game Boy Camera, a tripod…

But that’s part of the fun of it all. It’s entirely overkill and entirely awesome.

The Future Of The Game Boy Camera

It’s only a matter of time before we start seeing modern iterations of the Game Boy Camera developed by members of the GB Camera community.

There are already printed circuit boards made by fans of the device, which allows you to migrate all of the parts from an old Game Boy Camera circuit board to a brand new one.

I imagine we will eventually see modern cameras parts with something like a Raspberry Pi controlling it, all plugged into a real Game Boy.

You might be asking yourself: “Why would someone want to do that?”

And the answer is actually quite simple: Because it’s cool!

We all own devices much more capable of recording video or playing video games than our 25+ year old ones.

But if you’re here, you are also somebody who recognizes that indescribable magic of an original retro device.

There’s something really special about these old consoles, games, and peripherals.

And it’s that magic that keeps people like us hungry for more retro goodness.

We love our retro devices, but like… also give us fun new modifications of those old gems.

It’s a dichotomy, but I’m sure you know what I mean.

Do you enjoy the Game Boy modding scene? Check out our recent article about the Mini Game Boy Pocket SP.