In the latest Version of 3.2 Update in Genshin Impact, the long-anticipated five-star catalyst character Nahida was finally released with her banner, along with her very own Story Quest. Nahida is the current Dendro Archon of Sumeru and is currently the fourth Archon that the players encounter in the game’s Archon quest line. She has generated a mass amount of hype around her due to her sad back-story and the series of unfortunate events she encounters in the Sumeru Archon Quest. In this guide, we will talk about the ways to complete the Nahida Story Quest in Genshin Impact.

Not only that, since Dendro has been introduced in the game ever since Version 3.0, fans have rightfully concluded that she would be an excellent unit for the role and have in the party, which proved to be true given her amazing kit of applying Dendro, easily for long periods of time and being an amazing Dendro Support off-field. In this guide, we will be helping you navigate through Nahida’s Story Quest: ‘Lingering Warmth’ (Sapientia Oromasdis Chapter: Act I) with a thorough walkthrough and also share special insight and thoughts about her story quest in Genshin Impact.

To unlock and play Nahida’s Story Quest, players must: 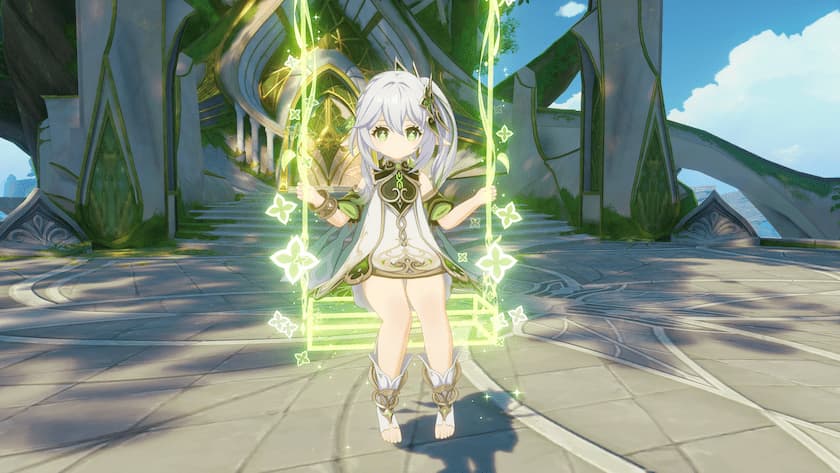 The Nahida Story Quest in Genshin Impact is divided into 3 different parts, with rewards attached to it.

Part One: Dream of Awakening Synopsis Part One Quest Rewards 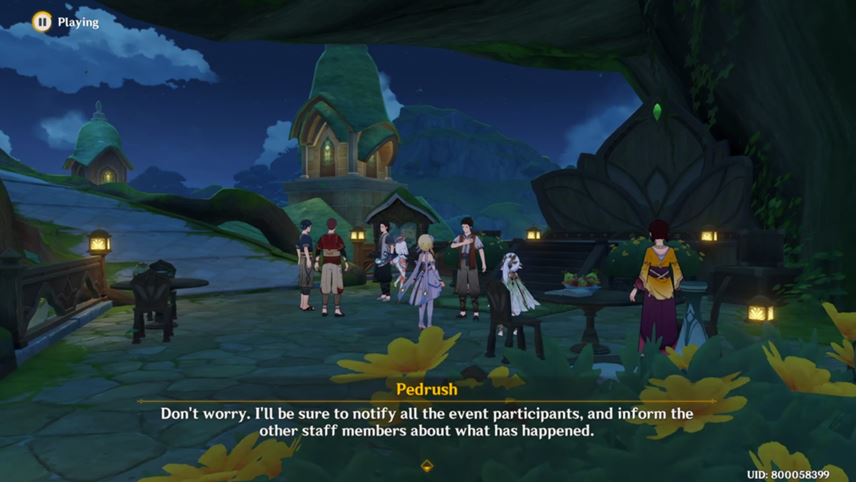 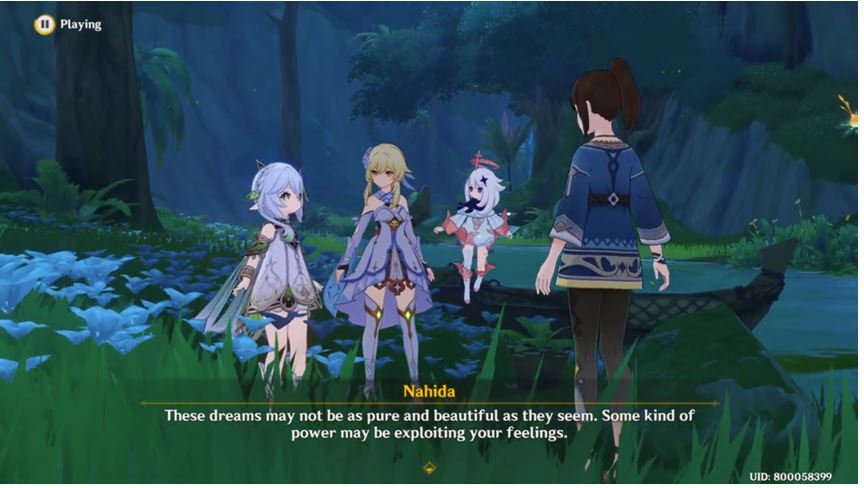 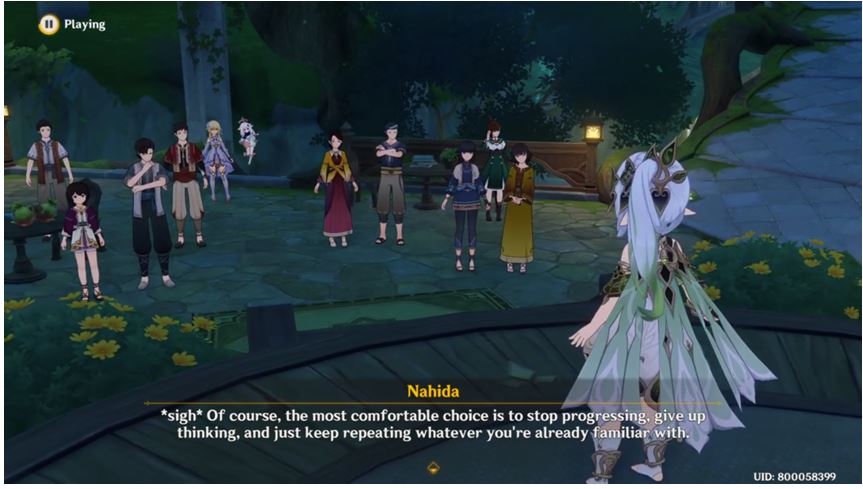 The story takes place after the whole events of the Sumeru Archon quests. During the archon quest storyline, players get to experience Nahida’s character development throughout the plot. To put it simply, Nahida in hindsight very reserved and soft-spoken Archon. She differentiates herself from the rest of the three Archons, we encountered due to her little experience and knowledge of the outside world and her submissive demeanor.

Nahida initially was never confident with herself as an Archon, having to live up to the expectations of the former Archon of Sumeru, Greater Lord Rukkhadevata, and failing to do so as per the treatment of the Akademia. Although she may not live up to that expectations, we cannot dismiss the fact that Nahida truly cares for the people of Sumeru and we get to experience that when she proves it many times when she protects them from the Akademia’s and the Fatui’s devious plans.

Nahida in this quest has already been a well-loved and established God, having to deal with the many affairs of Sumeru. She helps the people of Sumeru in her own way by going through each of their individual dreams and guiding them through the truth of reality, as painful as it may be. This story quest proves and establishes her from the other archons as someone who is proactive and takes responsibility in her actions to help, even the traveler.

The plot of the story was well received, given that it follows Sumeru’s Archon quest plot with the involvement of Dreams. Ever since the Akademia stopped extracting people’s dreams, everyone in Sumeru can finally experience what it’s like to dream again and hence hosted a little event called ‘A Moment of Dreams’ where the participants share their dreams and ask for advice from the Traveler and Paimon, and also Nahida afterward. 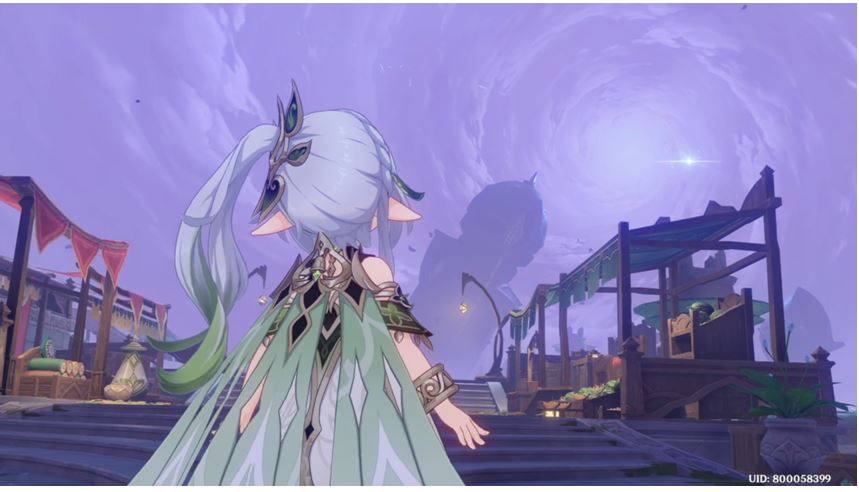 Of course, Nahida vehemently informed the dreamers and the traveler that dreams are meant to be as they are dreams. Fleeting hopes and indulgence for an individual. They should not be taken seriously and people should not risk themselves to live a part of their dreams. Life should be lived dealing and facing the pain and suffering in the real world, not avoiding them and living a false livelihood in dreams to indulge in temporary happiness.

In conclusion, Nahida’s story quest is on par with the other Archon’s story quest in terms of good writing. Even though the stakes were not as high as Raiden Shogun’s second story quest or as dramatic and sad as Zhongli’s both Story quests, it complemented her characterization greatly and stayed relevant to the whole lore of Sumeru. That’s all for our guide to the Nahida Story Quest in Genshin Impact!

Read our other articles on Genshin Impact here

What are your thoughts on the guide for the Nahida Story Quest in Genshin Impact? Let us know in the comments below!