Here are the official co-streamers for the PC Gaming Show: 2023 preview 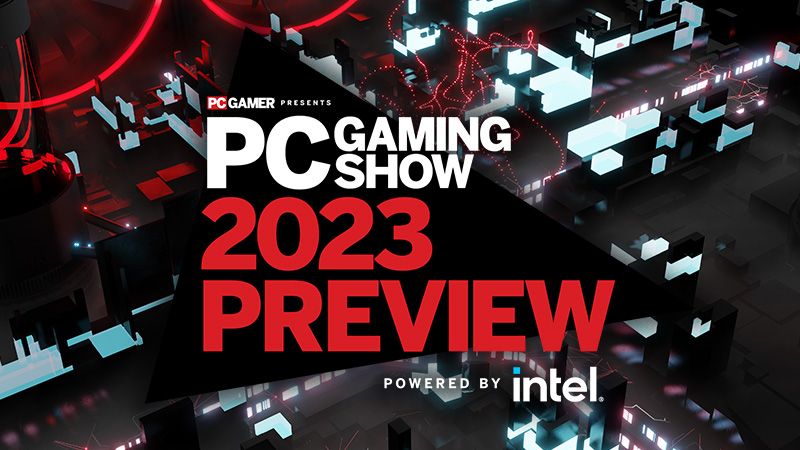 Like with our Summer show, we've teamed up with a host of content creators to provide alternate ways to watch our PC Gaming Show 2023 Preview this Thursday, November 17, 10 AM Pacific (1 PM Eastern, 6 PM GMT). If our main broadcast just isn't your style, you're sure to find a good crew to watch with thanks to one of these thirteen Twitch streamers.

Twitch partner, Comfort Zone co-host, and Yogscast member Kirsty will be joining us from London to check out what 2023 has in store for PC gamers.

Quin69, the top gamer in all of Wanganui, New Zealand, will take a break from Path of Exile coverage to co-host the stream for his audience.

Twitch Partner NerdyNetty joins us once again after having previously co-streamed the Summer PC Gaming Show, taking a break from God of War: Ragnarok to peer into the future of PC gaming.

Twitch ambassador Techniq has most recently been streaming action on New World's Fresh Start servers, and is providing another stream to watch the PC Gaming Show from.

BruceGreene, an alumnus of G4, Machinima, and Inside Gaming, is another returning partner for streaming the PC Gaming show.

Variety streamer and cosplayer SailorTabbyCat is one of our partner streamers for the PC Gaming Show 2023 Preview.

Streamer Leah is a content creator for English esports brand Excel, and will be co-hosting the PC Gaming Show.

GeekyCassie is a Twitch and Elgato partner, as well as a co-founder of the Black Twitch UK advocacy group. She'll be joining us as a partner streamer for the show.

AnneMunition has been a partnered Twitch streamer since 2014, and was apparently recognized as a "top gamer" by no less an authority than CNBC. She will be joining us to co-broadcast the PC Gaming Show.

DansGaming is a long-running streamer based in Raleigh, NC, and will be joining us as a co-streamer for the upcoming PC Gaming Show.

Twitch partner brialeigh previously joined us for the main PC Gaming Show, and you can also check out the 2023 Preview co-streamed on her channel.

MissEllaCronin is a Twitch partner based in London, and she is the last co-streamer joining us for the PC Gaming Show 2023 Preview.