How To Get Maschiff In Pokemon Scarlet & Violet (The Easy Way) 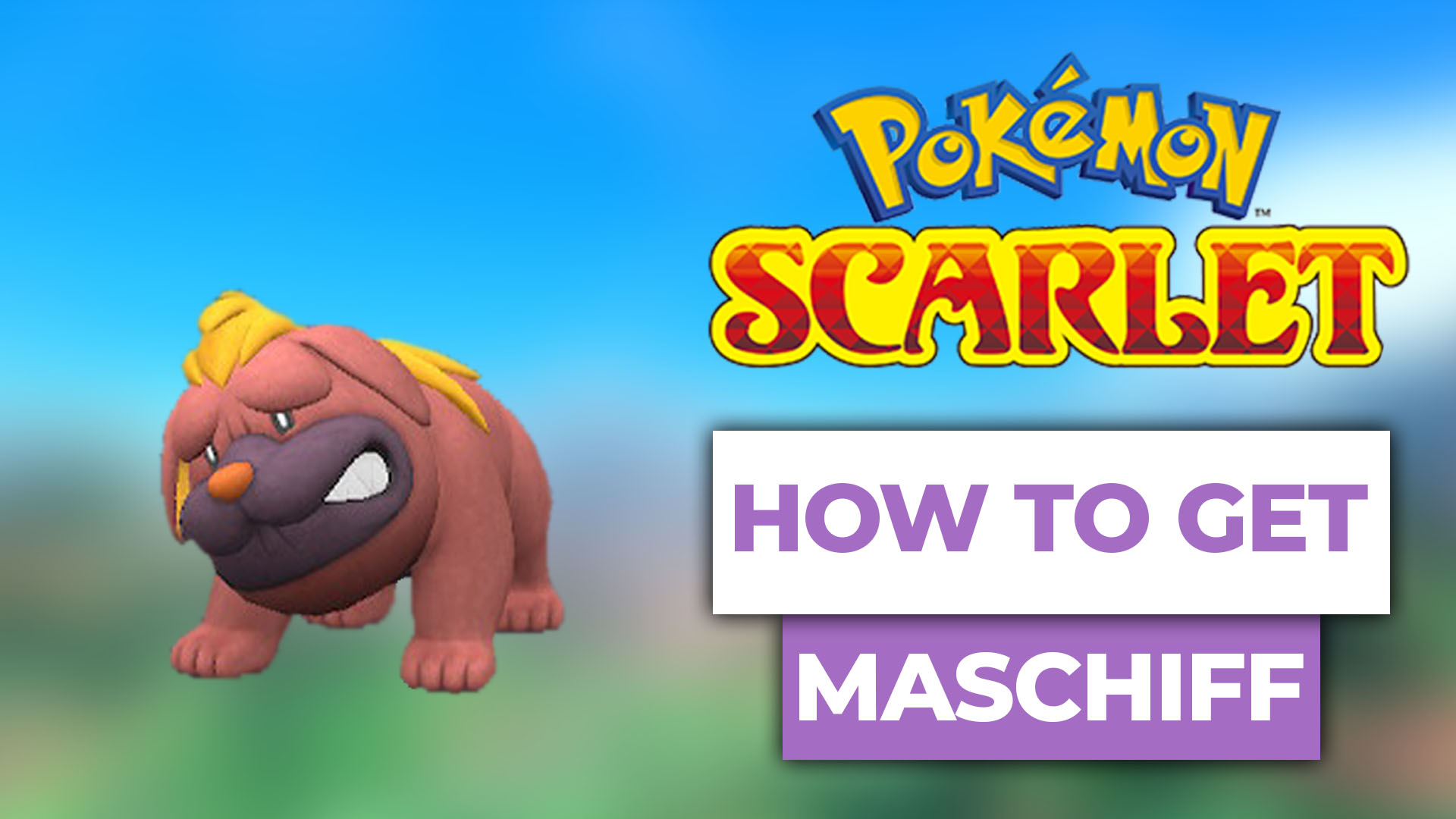 Everyone is talking about the cuteness overload that is Fidough, the goodest, most bready doggo in Paldea. If you want to catch this new Pokemon you can get the lowdown in our how to get Fidough (the easy way) guide.

But there’s another dog that’s caught our eye: Maschiff.

With a yellow mane, red nose, and a permanent grimace on its face, Maschiff is a strangely adorable new addition. Especially once it’s evolved. But we’re not shallow – we know there’s more to Pokemon than their looks, like their type(s).

Known as a “Rascal Pokemon”, Maschiff is a Dark type that can come with the Intimidate ability.

If that sounds like a Pokemon you want on your team continue reading to learn how to make that happen.

Where To Catch Maschiff In Pokemon Scarlet & Violet 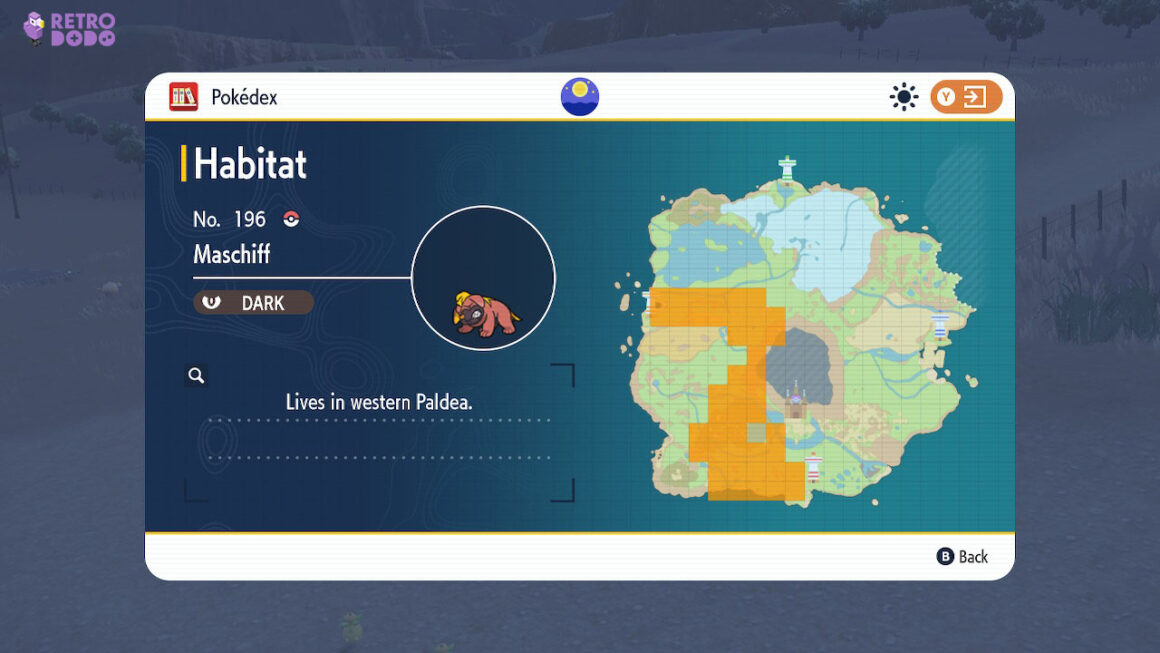 Maschiff can be easily found in western Paldea in the South Province, Areas Two and Four. Just outside Cortondo is one of the easiest locations to find Maschiff early on in the game.

It’s fair to say that Maschiff is a fairly common Pokemon, available in both Scarlet & Violet.

Despite it being easy to locate and catch, don’t let that put you off – this cheeky character is a solid companion, able to withstand attacks even when fighting a higher level opponent. 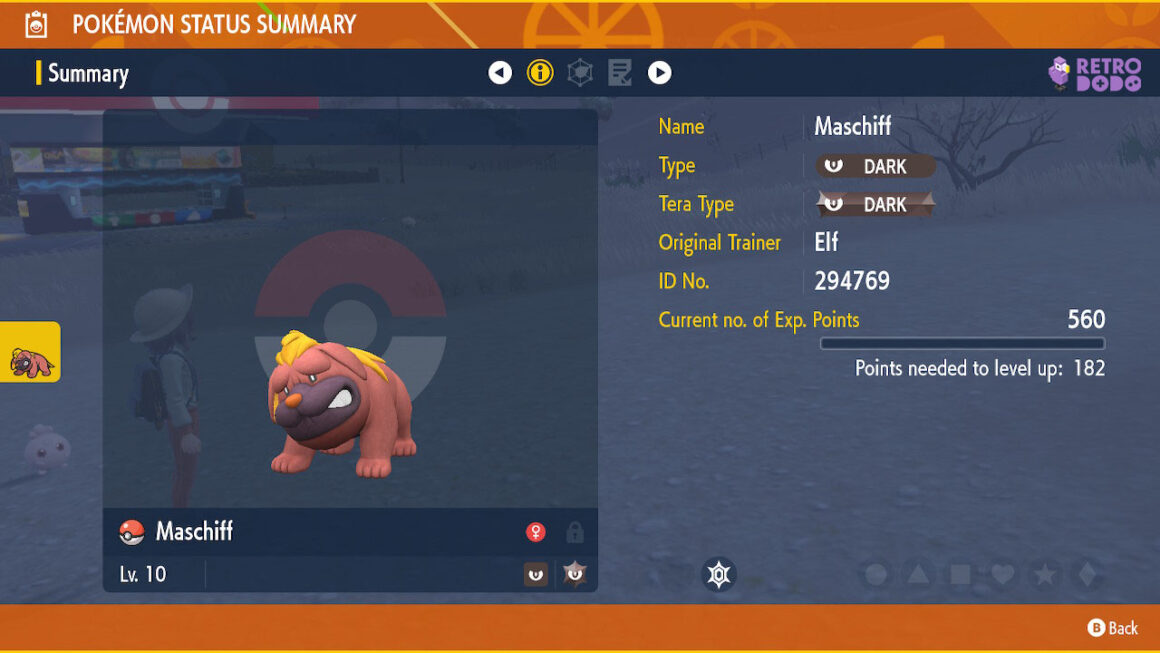 When you’re near its habitat keep your eyes peeled for its bright yellow and orange fur. Not that we think it’ll be hiding in grass – when we found it it was out in the open walking towards us.

If you welcome Maschiff into your party you’ll have to wait until reaching level 30 for it to evolve into Mabosstiff. A rather gruff chap with a fabulously bushy grey moustache, we find its floof hard to ignore.

You can catch Mabosstiff out in the wild too, though its habitat is located high in the North and so you’ll have to wait awhile.

Either way, if you miss catching one during your first exploration of the South Province, you’ll have plenty of other opportunities to fill that Pokedex slot.

Congratulations, you’ve discovered yet another new Pokemon! While you journey to take on Gym Leaders and Titans, make sure to use our how to get Flamigo article to bolster your Pokedex.

After all, variety is the spice of life. And the way Pokemon Scarlet & Violet are playing out, this is going to be one spicy game. We can’t wait.

The post How To Get Maschiff In Pokemon Scarlet & Violet (The Easy Way) appeared first on Retro Dodo.