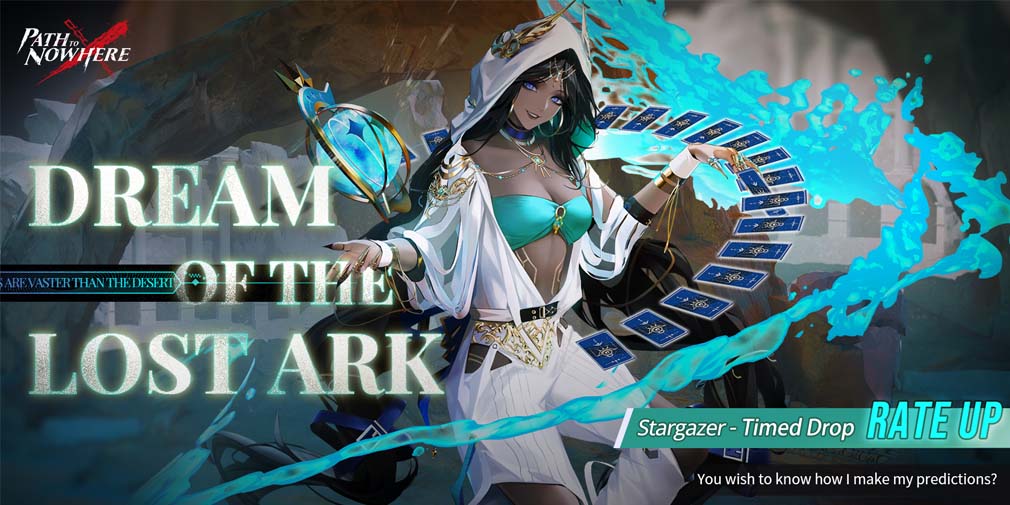 AISNO Games has announced an exciting new update to Path to Nowhere, the studio's tactical tower defence RPG on mobile. Players can look forward to welcoming two new characters into the fray, as well as special in-game goodies, log-in rewards and more. From November 10th to the 24th, Chiefs in Path to Nowhere can expect to venture into the harsh lands of the desert with limited-time events plus two new Sinners to Arrest. Arcane S Rank Stargazer will be front and centre in her own rate-up banner, while Endura A Rank Kawa-kawa will be up for grabs for players absolutely free - all players have to do is clear certain event challenges to score this new character. ... [MORE]