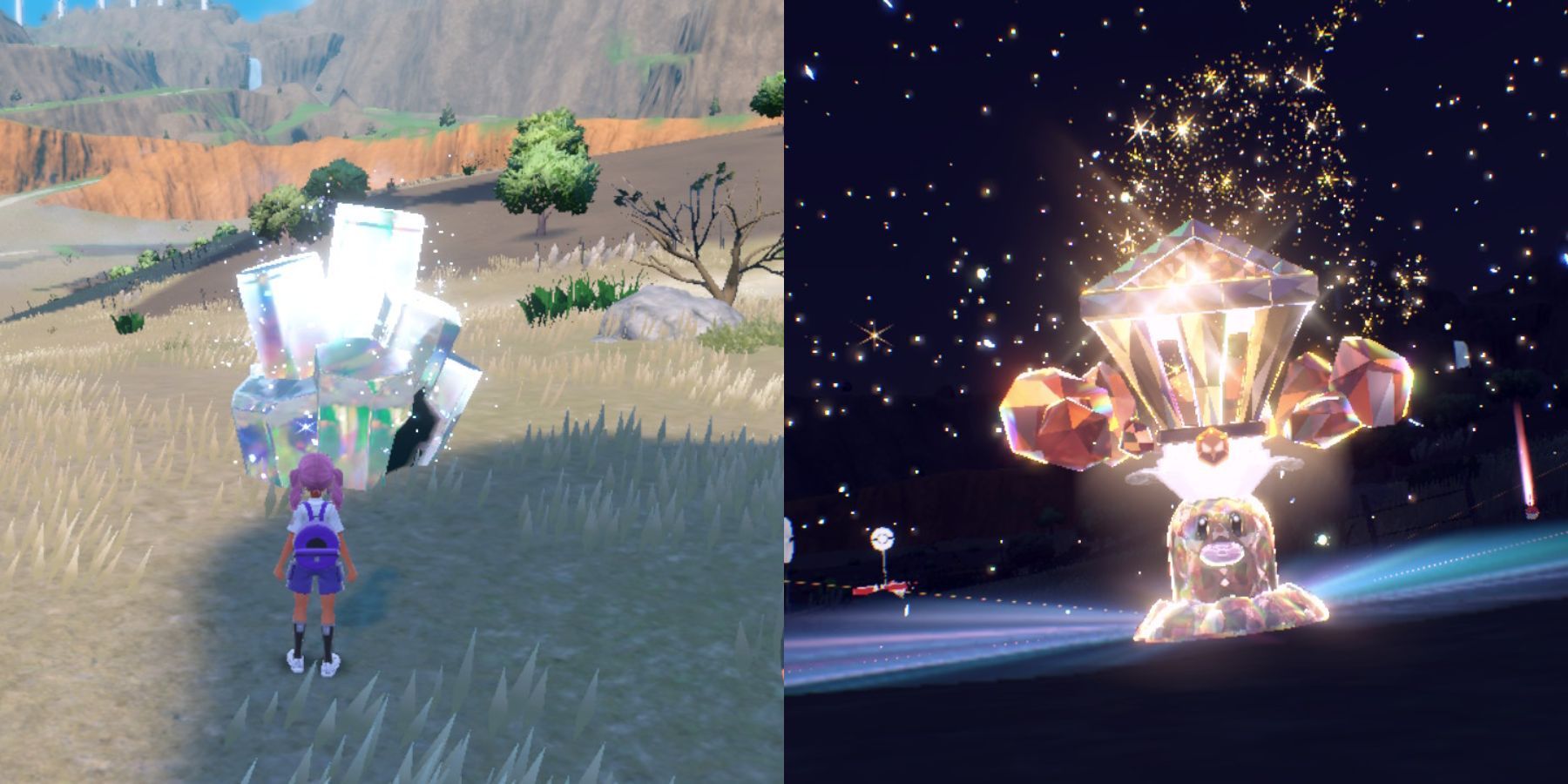 Pokemon Scarlet & Violet experiment with all sorts of new gameplay features for the Pokemon universe. For example, evolution is no longer the only way to change Pokemon forms or increase their power. While we've seen Mega Evolution and Dynamaxing, the latest way to transform Pokemon is with Terastallizing. Terastallizing a Pokemon gives it a crystallized gem-like appearance and boosts its power. In addition, it will sometimes change a Pokemon's type, and its Terastal form will have a headpiece representing its Tera type.