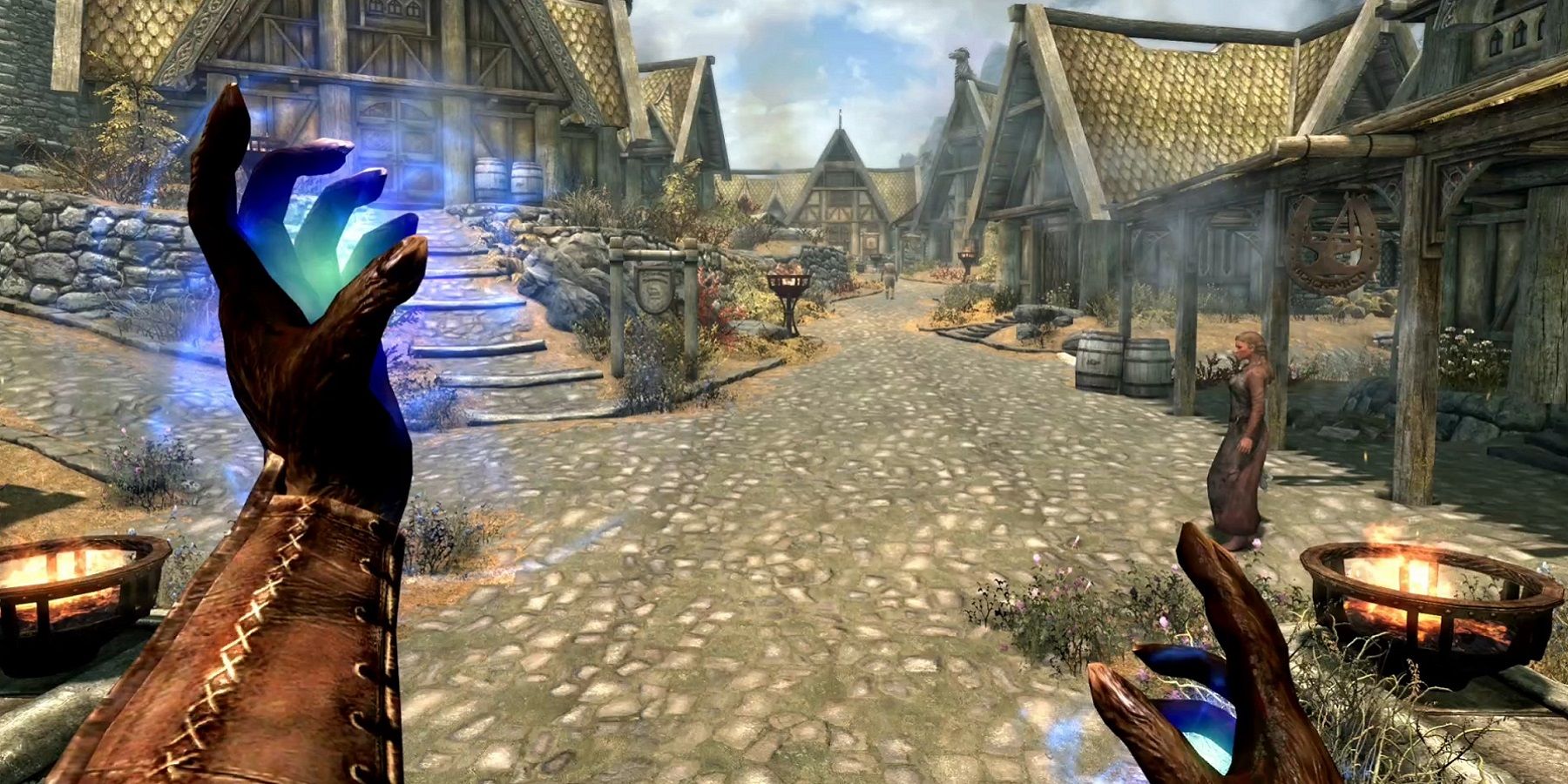 A modder has added something to The Elder Scrolls 5: Skyrim that has been inspired by Starfield, the upcoming sci-fi title from Bethesda. Considered to be one of the most anticipated video games of 2023, Starfield will represent something of a departure from the studio's fantasy role-playing series. For a few people, it may seem odd that fantasy and sci-fi would come together, but evidently the user is excited enough about the new release to implement science-fiction elements into TES5.