The Morning After: Tuvalu, threatened by climate change, turns to the metaverse 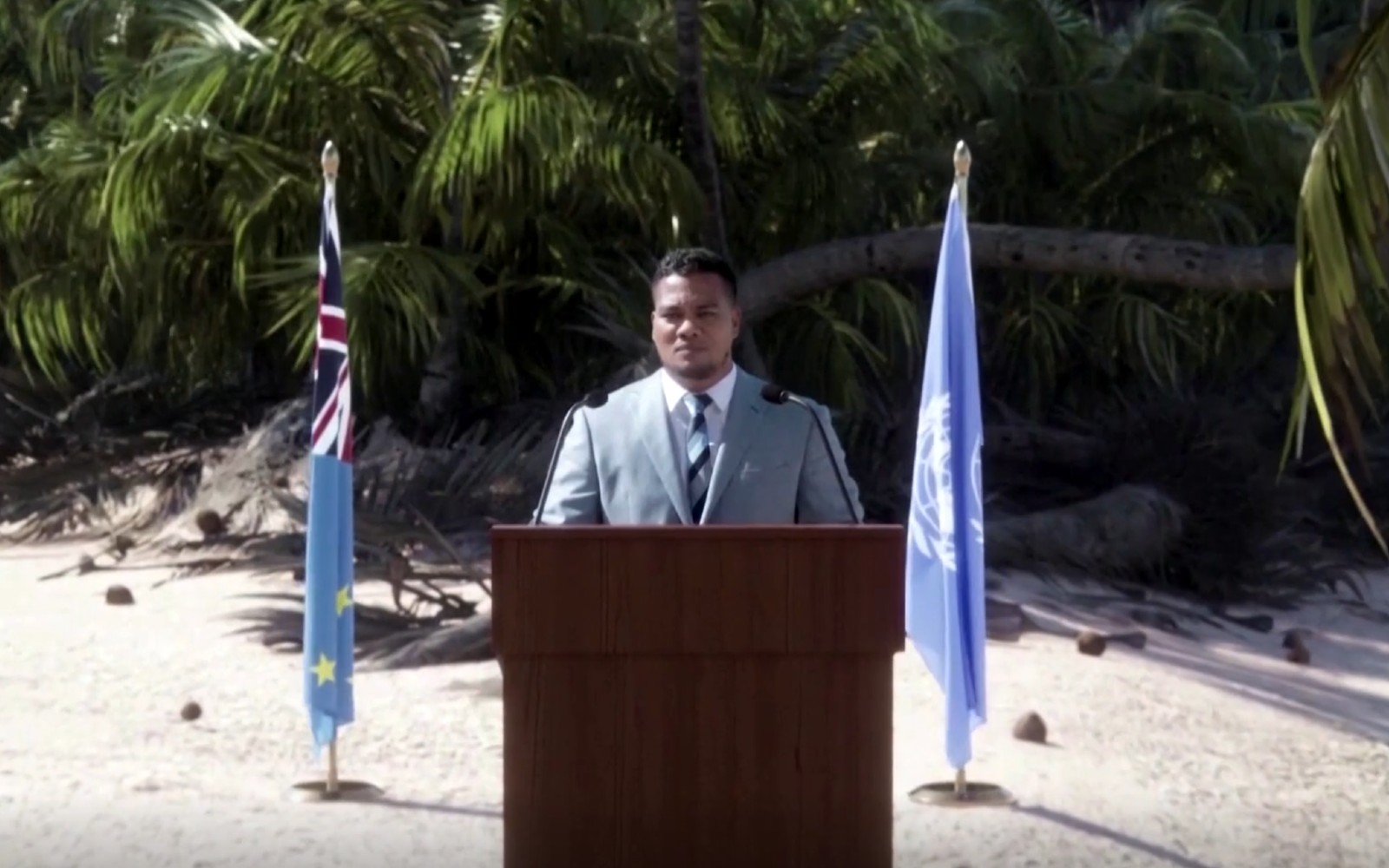 Tuvalu’s foreign minister, Simon Kofe, told the COP27 climate summit yesterday that Tuvalu would look to the metaverse to preserve its culture and history. With global temperatures expected to rise as much as 2.8 degrees Celsius by the end of the century, the Pacific island nation is particularly vulnerable to rising sea levels. At last year’s COP26 summit, Kofe addressed the conference while standing knee-deep in seawater to highlight the climate change threat. Climate scientists anticipate the entire country will be underwater by the end of the 21st century.

Addressing the climate summit, Kofe said: “As our land disappears, we have no choice but to become the world’s first digital nation. Our land, our ocean, our culture are the most precious assets of our people. And to keep them safe from harm, no matter what happens in the physical world, we’ll move them to the cloud.”

To achieve the 1.5C target put forward by the Paris Agreement, the world has eight years to reduce annual global emissions by a further 45 percent, compared with projections based on current policies.

The biggest stories you might have missed Lucid unveils its less expensive Air EV models The Pure and Touring bring Air prices closer to Earth. 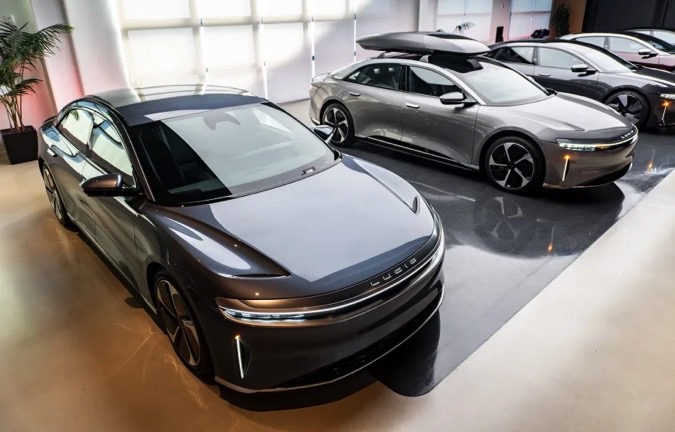 The Lucid Air is a fantastic first car from a new automaker, but it’s also a very expensive EV out of most people’s reach. At the LA Auto Show, Lucid revealed the Lucid Air Pure and Touring EVs. The Pure is the first and only Air to come in under $100,000, starting at a still pricey $87,400, with a range of around 410 miles. Yes, the Air is still a luxury vehicle. The Touring is slightly more expensive at $107,400 and can drive for an EPA estimated range of 425 miles. While the Pure wasn’t quite ready for testing, we did get behind the wheel of the Touring for a quick jaunt around Lucid’s headquarters.

MIT solved a century-old differential equation that will help AI It could help with weather forecasting and autonomous vehicle driving.

Last year, MIT developed an AI algorithm capable of learning and adapting to new information on the job, not just during its training. These “liquid” neural networks are ideal for time-sensitive tasks, like pacemaker monitoring, weather forecasting, investment forecasting or autonomous vehicle navigation. But all that data can create computational bottlenecks, which makes scaling these systems prohibitively expensive. On Tuesday, MIT researchers announced they have a solution, using a differential equation that has stumped mathematicians since 1907. By decoding this equation at the neuron level, the team is hopeful it’ll be able to construct models of the human brain that measure in the millions of neural connections, something not possible today.

NVIDIA's RTX 4080 is a solid upgrade over the 3080 Ti, with faster overall performance and far better ray tracing, thanks to DLSS 3. It's notably cheaper and less power hungry than the 4090. But it's still $1,199. If paying more than $1,000 for a video card seems insane to you — and let's be clear, it should — sit tight to see what NVIDIA's future cards look like.

Apple reportedly plans to use US-made chips starting in 2024 It also intends to source chips from Europe in the future.

According to Bloomberg's Mark Gurman, Apple hopes to be using US-made chips in a few years’ time. Company CEO Tim Cook reportedly made the revelation during a meeting with local engineering and retail employees in Germany, telling them Apple "already made a decision to be buying out of a plant in Arizona." As Gurman notes, it would lessen Apple's reliance on factories in Asia, particularly Taiwan, where 60 percent of the world's processors are produced. Cook also apparently told staff: "I’m sure that we will also source from Europe as those plans become more apparent."

Apple lets you practice sending emergency SOS texts via satellite It's also bringing the service to France, Germany, Ireland and the UK.

One of the most noteworthy updates Apple brought to the iPhone 14 series this year is Emergency SOS via satellite. It lets you send text messages to emergency services over satellite if you need help and are outside cellular coverage. If you're unfamiliar with the feature – most of us probably are – Apple is rolling out a demo mode of Emergency SOS via Satellite, so members of the public can see how it works.

Boston Dynamics sues rival Ghost Robotics for allegedly copying its robot dog Ghost's designs are supposedly too much like Spot. 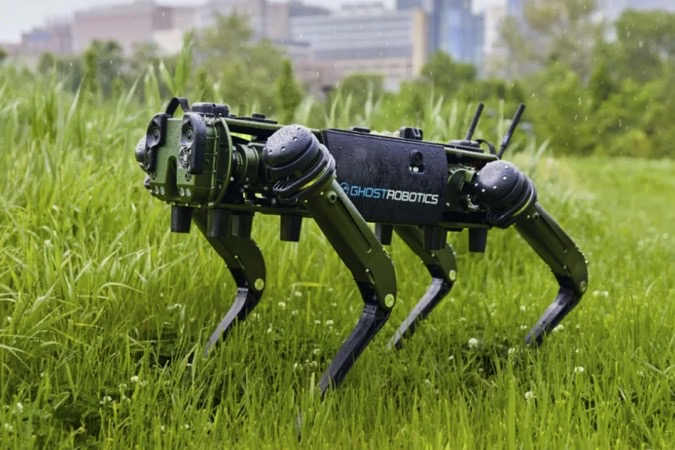 Boston Dynamics is suing Ghost Robotics for allegedly infringing seven patents linked to its Spot quadruped. The Spirit 40 and Vision 60 purportedly borrow key technologies from Spot, including systems for self-righting and climbing stairs. Boston Dynamics says it asked Ghost Robotics to review Spot-related patents in July 2020, five months after the launch of the Spirit 40. After that, Boston claims to have sent two cease-and-desist letters, asking Ghost to stop marketing its robot canines. In a statement, Boston Dynamics claimed it "welcome[s] competition" but would crack down on anyone violating its intellectual property rights. The Hyundai-owned company is seeking unspecified damages as part of the suit. Ghost Robotics hasn’t yet responded to our requests for comment.