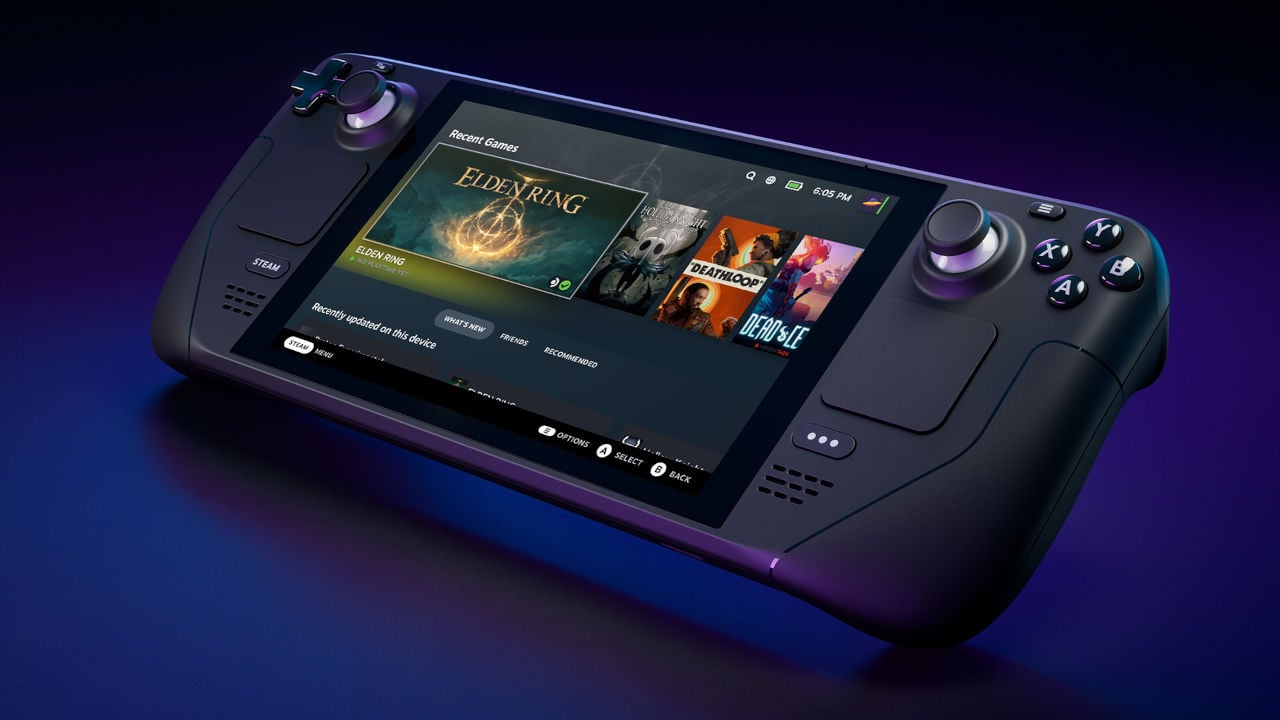 Make no mistake, the Steam Deck is an incredible device. When it (finally) burst onto the scene earlier this year, it completely changed our expectations about portable gaming. For years, the Switch dominated the scene with impressive, though highly-compromised, portable ports of our favourite games, including The Witcher 3, Doom Eternal, Skyrim, and Divinity: Original Sin 2. Though Nintendo’s first party output defied expectations with impossibly stunning games, we’d basically accepted that third party portable gaming meant heavy compromise.

But that’s just simply not the case with the Steam Deck. While you’re not going to run the latest AAA releases maxed out at 60fps, the fact you can run them at all on a device that fits in the palm of your hand is nothing short of miraculous. At decent, mid-range settings you can get most games to run at around 30-40fps, which is incredibly impressive when you consider that these aren’t compromised ports. They’re the full fat releases running on a device not that much bigger than Nintendo’s Switch.

Perhaps it’s not fair to compare the two – after all, the Switch is nearly six years old at this point. But, what else can you really compare it to? The portable market has a fantastic underground PC gaming handheld scene dominated by the likes of Aya, Ayn, GPD, and OneXPlayer, but, really, those devices fulfil a niche market of tinkerers. they typically cost around three times that of the Steam Deck or Switch, and require heavy amounts of tinkering.

What the Steam Deck does so brilliantly is to provide a fantastic out-of-the-box experience for those that have never owned a PC before. Of course, you can do all of the tinkering to your hearts content, but you don’t have to. And the device costs just a tiny bit more than the Switch at its lowest point of entry.

If we’re honest, the Switch is the Steam Deck’s only competitor of note, and it’s quite baffling that the market has allowed the Switch to dominate for as long as it has. Sony and Microsoft have ignored the handheld space, and no third party competitor has managed to gain much of a foothold. It will be interesting to see how the Steam Deck fares in the medium term – particularly when Nintendo heats up the competition with its own Switch successor.

But there is one key problem that the Steam Deck absolutely must tackle if it’s to stand the test of time: to provide better support for multiplayer games. Yes, we’re well aware that you can dual-boot to Windows to solve any of the problems we’re about to discuss. But you have to remember that, as much as the Deck is fantastic for tinkerers, it’s also targeted at a more casual audience that just want a great pick-up-and-play experience.

Valve is clearly aware of that, which is why it’s put so much effort into verifying the enormous – and often unwieldy – Steam library for Steam Deck. In fact, there’s a whole section of the Steam store dedicated to it. If you’re scared of accidentally buying a dud (which you shouldn’t be – Valve is very good at offering refunds if you’re not happy with your experience) you can just sit in the ‘Great on Steam Deck’ section of the store and ignore everything else.

But, as of the time this article was written, there are some gaping holes in the Steam Deck’s library. FIFA 23, Modern Warfare 2, Destiny 2, Rainbow Six Siege, PUBG, GTA Online, and Naraka Bladepoint are all incompatible with the Steam Deck. And this isn’t the fun type of incompatible, where you boot it up and it works just fine. This is the type that doesn’t work in the slightest, no matter how hard you try (unless you install Windows).

The reason for this is that the Steam Deck runs on Proton, Valve’s custom Linux-based platform, which doesn’t currently support all forms of anti-cheat. That’s why the likes of FIFA 23, Modern Warfare 2, and Destiny 2 are currently unavailable on the Deck out-of-the-box. This is a problem that Valve simply must find a solution for – preferably quickly, before the Deck starts losing its early goodwill momentum.

It’s the only real issue I’ve personally found with the Deck since receiving mine a couple of weeks ago. As things stand, I’d happily forgo all of my other systems for the Deck, as portability is pretty much the highest on my list of priorities. Sure, it’s not perfect – the screen really is as lacklustre as people say, the interface is absolutely riddled with bugs, and the docked experience is awful. But there’s a magic to playing God of War, Horizon Zero Dawn, and Resident Evil Village in the palm of your hands.

Nintendo will never put its games on PC, so I haven’t wasted any time complaining about that, but the fact I can get all PlayStation and Xbox games on a single system is also miraculous. But the lack of Modern Warfare 2 and FIFA 23 has really stung since I’ve purchased it, and has been the only reason I’ve booted up my Series X and PS5. Having a single device that plays everything has been a dream of mine for as long as I can remember, and it feels a bit shortsighted of Valve that the anti-cheat issue hasn’t been resolved by now.

An Open Letter to Valve

Valve, I address this part to you: tackle that issue, and ASAP. Do so, and this device will be absolutely unstoppable, with very little in the way of legitimate competition. Fail, and you open the door to the likes of Aya Neo Lite, which runs everything, with an OLED to boot, or the Switch’s successor. Get Modern Warfare 2 running on Proton.