Tower of Fantasy Conquer the Abyss – Twitch Drops event: Here’s how to claim the rewards

Tower of Fantasy developer team has recently announced an amazing twitch event for the wanderers who have been an integral part of the game until the journey of this title. The event is named Conquer the Abyss – Twitch Drops and started on November 24 and will last till November 27 at 23:59:59 (PDT) in Tower of Fantasy.

This event is celebrated to commemorate the new update 2.1 and also as a part of the upcoming Thanksgiving Day. During this 4 day event, wanderers can view the Twitch stream of the selected content creators and will be able to claim the drops that will feature some exciting gifts.

Let's conquer the abyss with Aida Pioneers. Watch their live-streams on Twitch to unlock special drops!

The event is free to take part in by all wanderers irrespective of their levels and progress in the game. Here are the details of how can a wanderer participate: 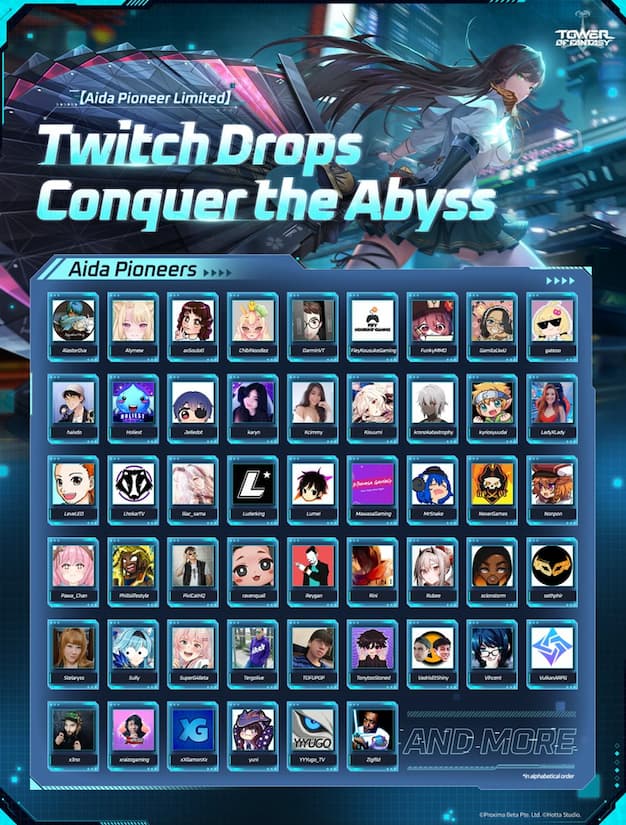 Wanderers are reminded that the drops must be claimed before the deadline of the event, which is on the 27th of November, 23:59:59 PDT.

Here is the reward list for the Conquer the Abyss- Twitch Drops event:

That’s all about the Tower of Fantasy Twitch event. Hope you get the best out of it and enjoy the streamers. Don’t forget to check our other articles on Tower of Fantasy.

Read our other articles on Tower of Fantasy here

What are your thoughts about the Conquer the Abyss – Twitch Drops event in Tower of Fantasy? Let us know in the comment section below!

The post Tower of Fantasy Conquer the Abyss – Twitch Drops event: Here’s how to claim the rewards appeared first on GamingonPhone.