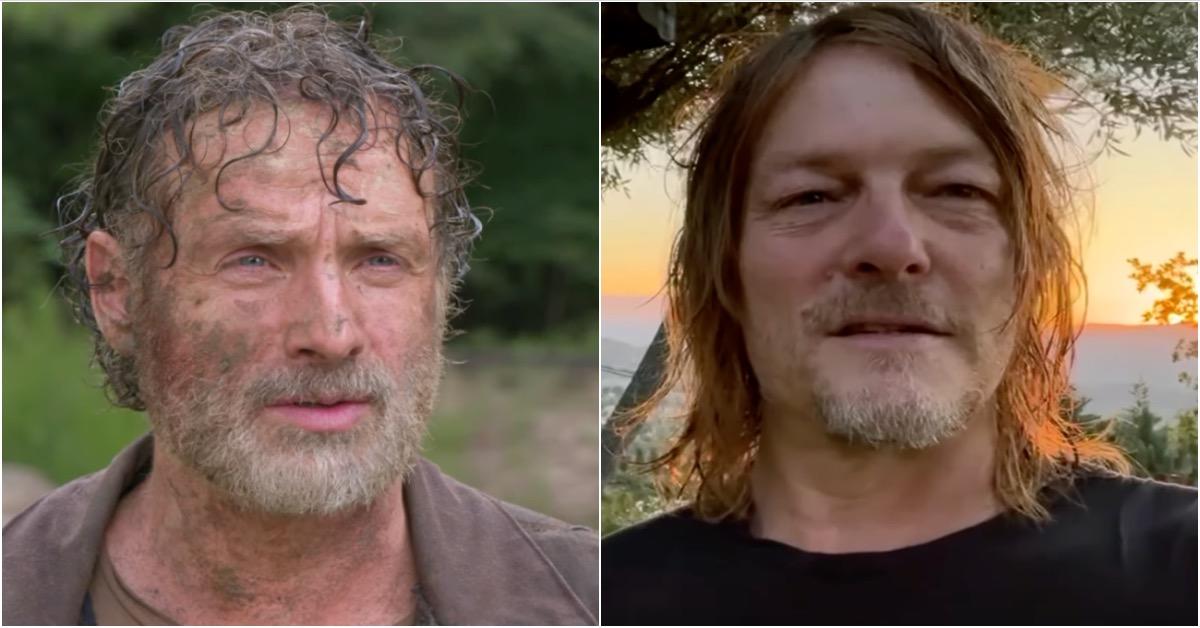 The cast and creators of The Walking Dead are giving thanks to the fans following Sunday's series finale, which laid the AMC zombie drama to rest after 11 seasons, 12 years, and 177 episodes. In the nearly 13-minute video published to The Walking Dead YouTube page on Thanksgiving, cast members from seasons past and present shared their appreciation for the fans who made the adaptation of Robert Kirkman's comic books the highest-rated series in cable history. Below, watch the video featuring appearances by Andrew Lincoln, Norman Reedus, Danai Gurira, Melissa McBride, Jeffrey Dean Morgan, original cast members Chandler Riggs, Sarah Wayne Callies, Laurie Holden, and many more.

Andrew Lincoln (Rick Grimes): "It was just so surreal, and amazing, and thrilling, and terrifying. And that was when no one knew who we were. We were just sort of forging our way. This has been one of the most important characters of my life, and it's been a really exciting experience."

Norman Reedus (Daryl Dixon): "It's been a real honor playing this part for 11 seasons, getting to know a lot of you. I'm sending you guys a lot of love, and thank you for being with us on this crazy ride. Honestly, from the bottom of my heart, thank you all so much."

Danai Gurira (Michonne): "I came in Season 3, so I knew it was already a big fan-favorite show. I was walking into a juggernaut very gingerly. Because all of this kerfuffle, I was like, 'What am I a part of? What's happening?' It was very clear I was in a whole new world at that moment."

Lauren Cohan (Maggie Rhee): "I'm just so grateful that we've gotten the chance to make it and that it's meant as much to you. I just have a lot of memories, and I bet you guys do, too."

Jeffrey Dean Morgan (Negan): "I've never been a part of anything quite like The Walking Dead. It's been an amazing run, and we owe you all of it. What a cool ride, and it's been an honor ro take that ride with y'all. Thank you for every second of those 11 years. Thank you for your passion."

Lennie James (Morgan Jones): "There is no way, looking back on it, standing where we stood when we were shooting that pilot episode, that anyone could have envisaged that what we were doing was going to turn out to be one of the biggest television shows of all time. Thank you very much."

Chandler Riggs (Carl Grimes): "None of us thought that The Walking Dead would become so iconic. To play a character that is so beloved by the fans, it was a really incredible experience that I'm so lucky to cherish. I cannot thank you enough for being there with me every step of the way."

Seth Gilliam (Father Gabriel): "I am so proud to be a part of this magnificent piece of work. Thank you so much for being there."

Ross Marquand (Aaron): "It was a huge, huge turning point in my life, and one that I will be forever grateful for. We literally could not have had 11 seasons of this show without your loyalty, and without your excitement, and your genuine joy in watching this show year after year. Lots of love."

Lauren Ridloff (Connie): "I want to say to you that I love you. You guys are really family. Thank you for the love."