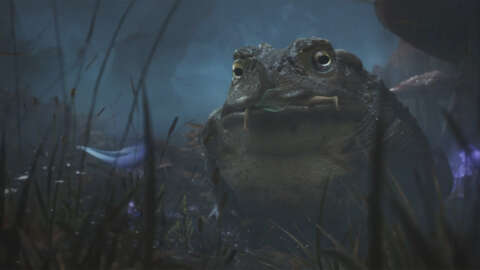 A new Fable game from Forza Horizon developer Playground Games sounds like an odd match-up, but according to Xbox Game Studios boss Matt Booty, the developer brought key elements to its vision that managed to erase any skepticism he had. Speaking on the Friends Per Second vlogcast (featuring GameSpot's Lucy James), Booty explained that Playground Games brought a mix of high quality, crafting, and attention to detail to its Fable pitch, as well as plenty of love for the franchise.

"They had a particular passion for the IP, and they also demonstrated that they understand what the heart and soul of Fable is about, and how they can bring it forward for today's sensibilities," Booty said. "Some of the things that I've seen are so encouraging. They've got a great technology base and they've just got such a demonstrated commitment to crafting quality. During some of the first reviews, I shared a little bit of skepticism, but they've since put that to rest and I'm excited for everybody to see it when we're ready to show stuff."

The Fable franchise has been in limbo since the last entry in the series, the free-to-play digital collectible card game Fable Fortune, was released back in 2018. At one point the series looked set to make a comeback with Fable Legends, a co-op action-RPG where a team of players would explore dangerous locations while another player acted as the dungeon-master, but this project was canceled in 2016 when developer Lions Head was closed down.