After spending 20 years simulating reality, the Dwarf Fortress devs have to get used to a new one: being millionaires 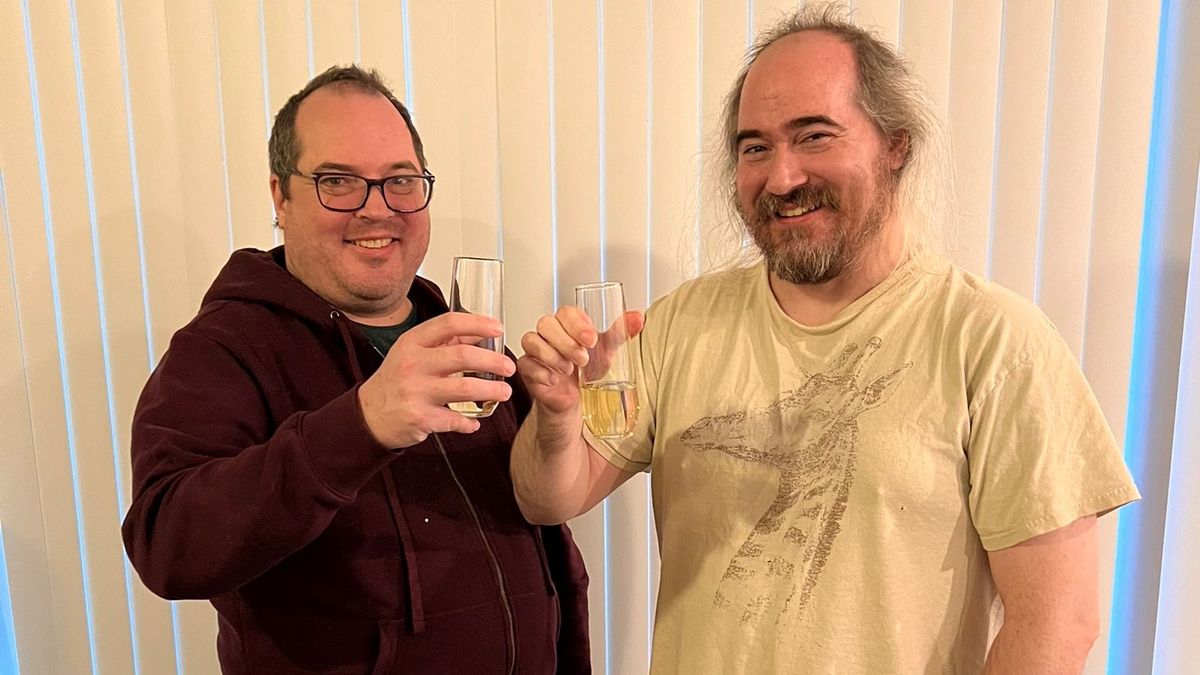 Acclaimed indie colony/existence sim Dwarf Fortress launched on Steam on December 6, and it's since been having a bit of a moment.

Other game developers gushed about Dwarf Fortress and its influence on launch day. Someone on the Steam forums asked if all the people reviewing the game on Steam moments after launch had been "playing free DF for 25 years and just waiting for an opportunity to pay $30?" So far, the 237 page thread is almost entirely people answering "Yes." Publisher Kitfox Games tweeted that Dwarf Fortress had blown past their predicted two-month sales figure in less than 24 hours. Now six days later, Dwarf Fortress has sold around 300,000 copies, developer Tarn Adams said in an interview with PC Gamer.

"Tanya [Short of Kitfox Games] posted that it sold 160,000 the first day, and we're about double that now," Adams said.

Adams and his brother, Zach, who've been developing Dwarf Fortress together since the early 2000s, were remarkably calm about the game's success on Steam so far—even almost a week after launch, the degree of success might not have quite sunk in.

Based on some extremely basic math, 300,000 copies of Dwarf Fortress sold equals $9 million in sales. Subtract Valve's 30% cut and you have $6 million to be split between the Adams brothers and Kitfox and new contributors, like the artists and composer who worked on the Steam release. Regional pricing makes that figure fuzzier, of course, and the Adams' didn't talk about their publishing split. But with Dwarf Fortress still among Steam's top sellers, the two must have millions coming their way.

"It's just a ton of money, but it's also for 20 years," Tarn Adams said. "So when you divide that by 20, you're kind of back down into normal tech salary range. Which is still pretty high, obviously."

"We found a foolproof way of saving our money, which was to not sell anything for 20 years and then drop it all," Zach deadpanned.

In 2019 the brothers announced plans for the Steam version of Dwarf Fortress as a way to help them afford healthcare; part of that announcement was a promise to fans that they would take care of themselves. They'll have to figure out exactly what that means when Steam's first payout arrives in February and they become millionaires.

"That is an inevitability, it seems," Tarn said. "I'll have to rework… my, uh, whole life, figure out what the heck's going on there. I don't really have any ideas or plans right now. I've just been thinking about dwarf stuff."

"My wife has plans," Zach said. "We live in a tiny little house, so buying a new house, that's a major goal."

Next year's first big problem, then, in between working on Dwarf Fortress updates, will be finding an accountant. But Tarn said that the money the Steam version brings in will also need to last.

"We don't have plans to sell Dwarf Fortress 2 or whatever in five years, right? It's just the same game. So this tail off this game, for however long it goes, that's it. We have to be responsible with what we've got, now, for the rest of our lives really."

If there's any game that exemplifies a long tail, though, it's Dwarf Fortress. Six days after launch, it's cracked a million wishlists, and the Adams brothers have years—decades—of features to add that will, I think, keep the game relevant and fascinating for the rest of their lives. There's a monumentally complex magic and myth system in Dwarf Fortress's future, improvements to armies and sieges, rebuilding Dwarf Fortress's entire conception of civilizations, and overhauling its economic systems.

And then, at long last, after that decade (at least) of work is over: Boats.

"Boats are the prize for the economy, " Tarn said. "Finally."