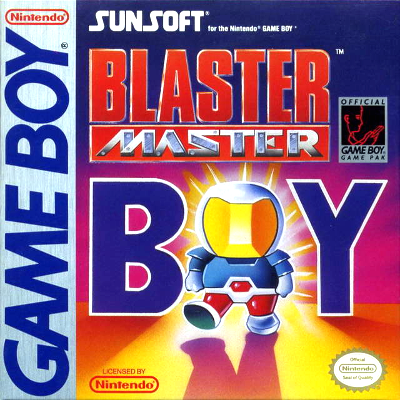 Blaster Master Boy is a very unusual case. The original installment in this franchise was released for the NES. Developed by Sunsoft this title mixed platforming, shooter, and adventure elements into one crazy package. It’s actually one of the most highly revered 8-bit hidden gems of all time. From here the game grew into a franchise, but that’s when it faded into obscurity. Part 2 on the Sega Genesis was not any good, and sales clearly reflected that fact. This brings me to Blaster Master Boy. Initially I expected this to be a port of the NES game, or even of the Genesis title. Perhaps even a game that plays like the two but downscaled for the Game Boy hardware. Surprisingly all of these guesses were wrong. Today we’re going to take a look at Blaster Master Boy to see if it’s worth playing.

I was pretty impressed that this one features a simple opening sequence to show the story. There’s no dialogue so I have to go with my best guess here. The story begins as a nuclear reactor explodes destroying nature all of the world. Jason (the protagonist from the original title) sets out to destroy all the mutations spawned from it. Gone is his car SOFIA, and the entirety of the action takes place on foot. Blaster Master Boy is reminiscent of the adventure sequences in the original title. The action is displayed from an overhead perspective as you guide Jason through through various levels. You can shoot a projectile shot from your gun as well as leave bombs on the ground that explode and destroy terrain. The latter can also damage foes which leaves you with some options for strategy. 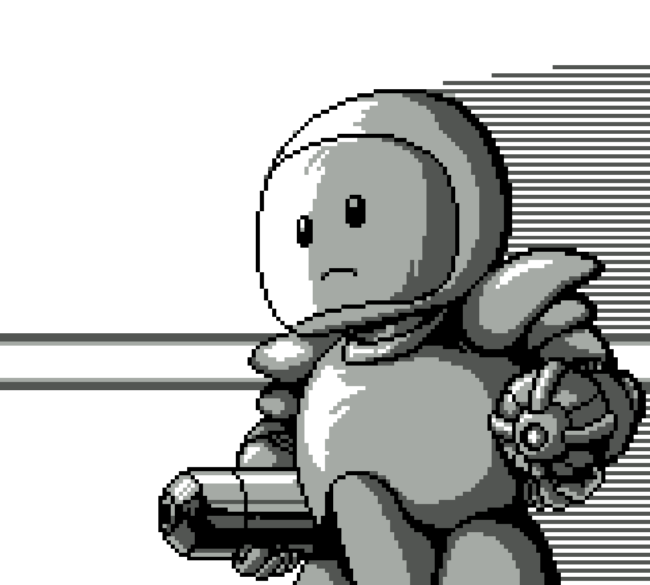 You’ll have to rely on the bombs a lot because they’re used to break rocks. Contained within these are various power-ups, as well as the key which unlocks the exit in every stage. If this sounds like Bomberman to you then you’re not alone. There’s actually a good reason for this. Blaster Master Boy was released in Japan as Bomber King 2 and served as a spin-off to Hudson’s famous series. For some odd reason the publisher Sunsoft must have thought there was more value to their franchise Blaster Master so they renamed it for North America and PAL regions. It’s pretty obvious right away that this one plays different from the series it’s named after. It’s also not for the better. If I wanted to play something resembling Bomberman it should go without saying I’d stick with that series instead.

The bomb mechanic sounds fun on paper but the execution leaves a lot to be desired. It seriously slows down the pacing when you’re at sections with a lot of these destructible environments. Unfortunately you can’t really skip them either. This is because they contain within them the key to unlock the exit in every stage. In the first few areas it’s usually found near the exit itself, but later on you’ll have to blow up literally everything to figure out where it’s at. What makes this particularly frustrating is the fact that you’re limited by a timer at the top of the screen. This counts down constantly. Both dealing with foes and blowing up things to find keys is just not fun. It’s like they sapped the fun right out of both Bomberman and Blaster Master at the same time here. 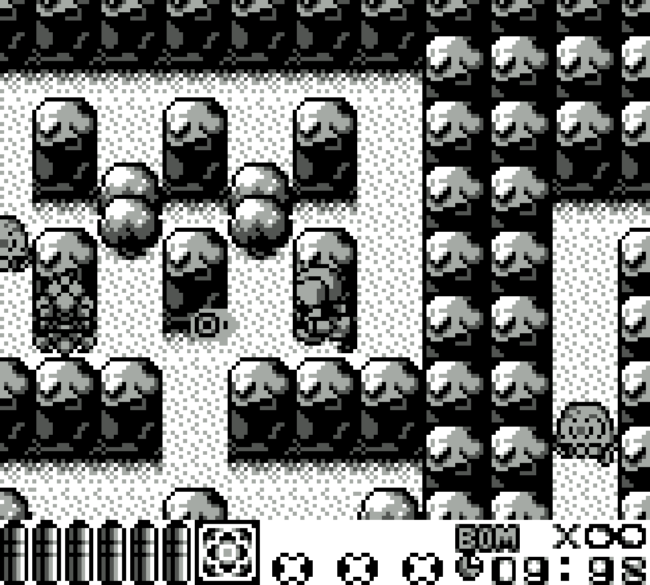 Sunsoft did manage to keep things interesting with a variety of different power-ups. Your standard bomb has unlimited usage, but short range and you can only drop a few at a time. There are a few different varieties of explosive you can pick up, but these are limited. Some shoot a single tile of explosion across the screen, and while another does the same thing in all four directions. The best of the bunch sends blasts everywhere even diagonally. These are limited to power-ups and you choose between them with the select button. As the timer is counting down you’ll want to use these up like there’s no tomorrow. Otherwise you’ll be doomed in the later stages. What’s nice is that they all do pretty much the same amount of damage so you can stick to the standard bombs during boss encounters.

You have several other items to use as well. These feel a little out of place considering the type of game this is, but they serve their purposes. The lamp feels a bit ripped off from the Dragon Quest series. Underneath some rocks you’ll find staircases leading into the basement, and it’s pure darkness. You have to activate the lamp to light up the area in the immediate vicinity of your character. These are treasure rooms where you’ll find power-ups, but lamps are plenty so you don’t need to worry about getting stuck. There’s also an inner tube which allows you to move over water for a longer period of time. This is needed in very specific situations otherwise there’s no way forward. Thankfully the inner tube can be found frequently in blown up rocks. I was never at a shortage of these power-ups when they’re required. 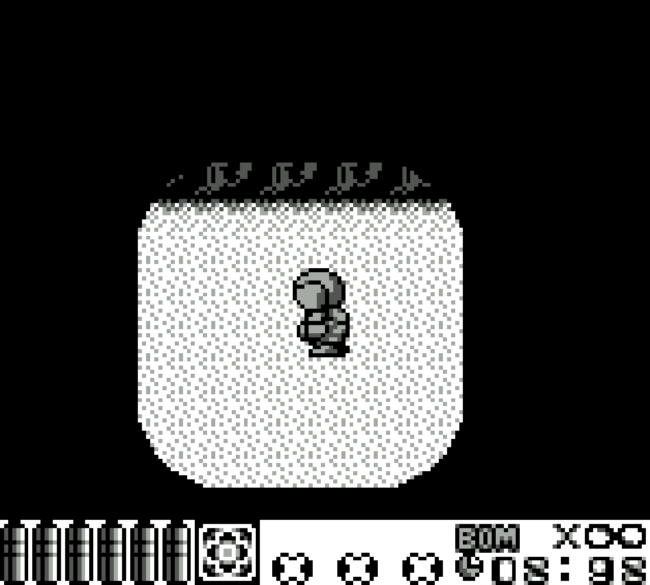 Game Boy games are hard to rate in terms of graphics. This is especially true with those released in the early 90s. They’re all fairly ugly, but considering the time in which Blaster Master Boy was released it’s a step above most others. The overhead graphics along with the large character designs look pretty decent. Animations are decent but limited. That’s because the Game Boy wasn’t exactly a beast, but everything moves along fairly well. The backgrounds are decent and it’s pretty obvious what can, and cannot be blown up. The enemies are also easy to see against the light backgrounds but they’re a bit small in my opinion. Blaster Master Boy flexes it’s muscle in the huge boss encounters. The first one in particular is a giant slime and looks amazing. The music is also really good, but can’t hold a candle to Blaster Master on the NES.

Unfortunately Blaster Master Boy is kind of frustrating to slog through. It’s not exactly a good pick up and play title, and that’s pretty much make or break for a portable game. I really like the concept, and I’m always down for more Blaster Master, but not like this. In hindsight Sunsoft should have repurposed this one as a Bomberman adventure game. I really wish the developers had the insight to figure out that blowing up rocks to find keys isn’t what we wanted. This is especially true in a supposed Blaster Master sequel. Heck, I don’t even want to do that in Bomberman. Avoid this one.