Everything Everywhere All At Once Director Shuts Down Fans Attacking Critics 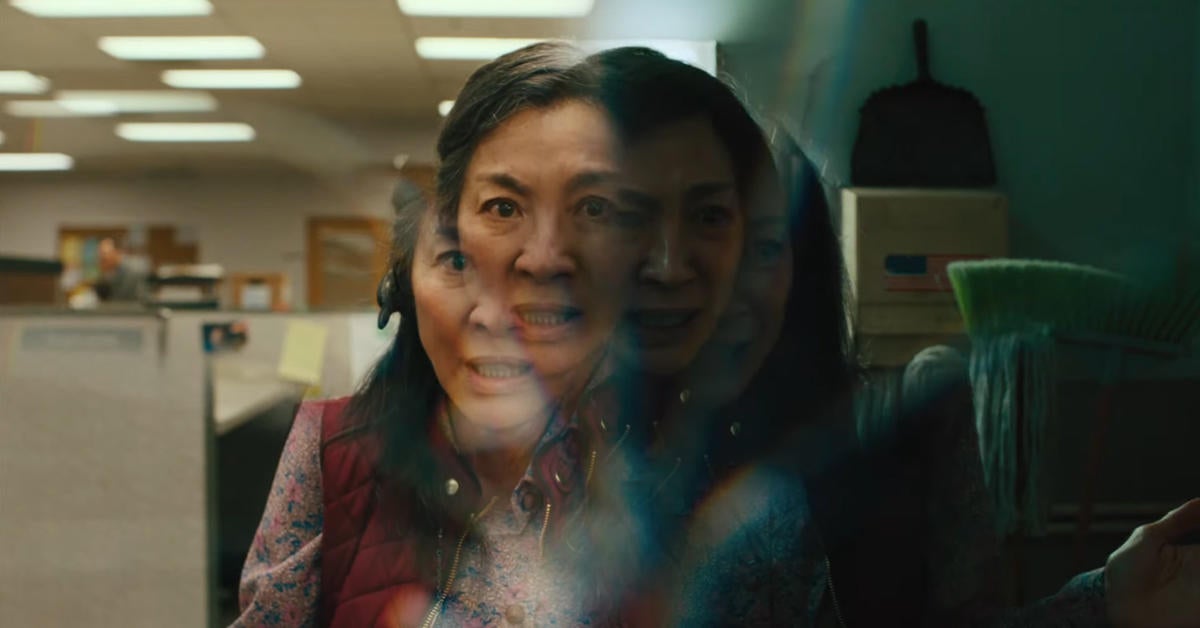 Dan Kwan, one of the two directors collectively known as The Daniels, wants fans to know that the team behind Everything Everywhere All At Once already feels the love, and there's no need to get in internet fights over the movie. With year-end lists starting to be a thing, it's inevitable that the movie will make its way into many critics' "best movies of 2022" stories. And while it's uncommon for crowd-pleasers to also be critical darlings, Everything Everywhere has done just that. Unfortunately for all involved -- and as we have seen with movies like Black Panther and Spider-Man: No Way Home -- that can encourage some rude behavior from fans.

Suddenly, a movie that mass audiences like is expected to show up on year-end lists. That means when it doesn't, those fans can get disappointed, and take to social media to harass the list writers. Kwan wants to shut that down right now. Along with a screenshot of some of the most aggressive posts made by the movie's fans, here's what he had to say in a social media post:

"The algorithm pushed this onto my timeline, and as one of the people who made the film, this aggression will not stand, man. I know the end of year discourse on film twitter can be toxic af with all of the 'Best of' lists that come out, but this really needs to stop. The act of ranking any piece of art is so absurd and should only be seen as an incredibly personal and subjective endeavor. This was an incredible year for movies and there is so much to celebrate, why waste your time on anger? (its a rhetorical question, I know the algorithms have been training us to chase these emotions, capitalism has taught us to see everything as a zero sum game blah blah blah).

"These end of year lists are a great opportunity for people to discover films they haven't heard of (our film doesn't need that), to help smaller films make money (don't need that), and to celebrate the hard work of filmmakers we admire (don't need anymore celebrating). A healthy industry requires a diverse range of films finding their own versions of success. Every list that deviates from the norm should be celebrated (unless they're shilling problematic shit hah). I am so grateful to the fans who love this film and have made it their own. I know for many, this story and characters mean a lot so any slight towards the film feels like a personal attack, but lashing out does everyone a disservice (and is counteractive to the film's message).

"Next time you see something about our film that makes you angry, take a step back, remind yourself why you fell in love with our movie. Those feelings are infinitely more important to you than any list from some critic who has a completely different lived experience from you. Our work has always been polarizing (see: Swiss Army Man discourse), and that is wonderful. To even be a part of the conversation is an honor. To have created something that has connected with so many passionate people is enough (seriously please no more validation, I'm drowning).

"(All of the above applies to the rest of the Oscar season, especially after the nominations/winners are announced. seriously fam, I want to see absolutely no bullies, no meanies, no buttheads acting out on behalf of our film post-Oscar announcements.) Anyways, if anyone spots a fan who gets too excited and crosses a line, please feel free to send them this tweet below:"

Hi, I'm Dan Kwan, one of the directors of EEAAO. I appreciate your love of the film, but maybe next time you can try to cool it on the aggression. This place is filled w/ shitty discourse, don't add to it (what would Waymond do?). Don't feel bad, its tough to keep ur cool here. pic.twitter.com/4YVXI8B4UF

Everything Everywhere All At Once is a multiverse-hopping family dramedy (with action!). Starring Michelle Yeoh, Ke Huy Quan, Stephanie Hsu, Jenny Slate, Harry Shum Jr., with James Hong and Jamie Lee Curtis, the film is now available on DVD, Blu-ray, and Digital.