Florence Pugh Confirms That Hawkeye Is a Christmas Show 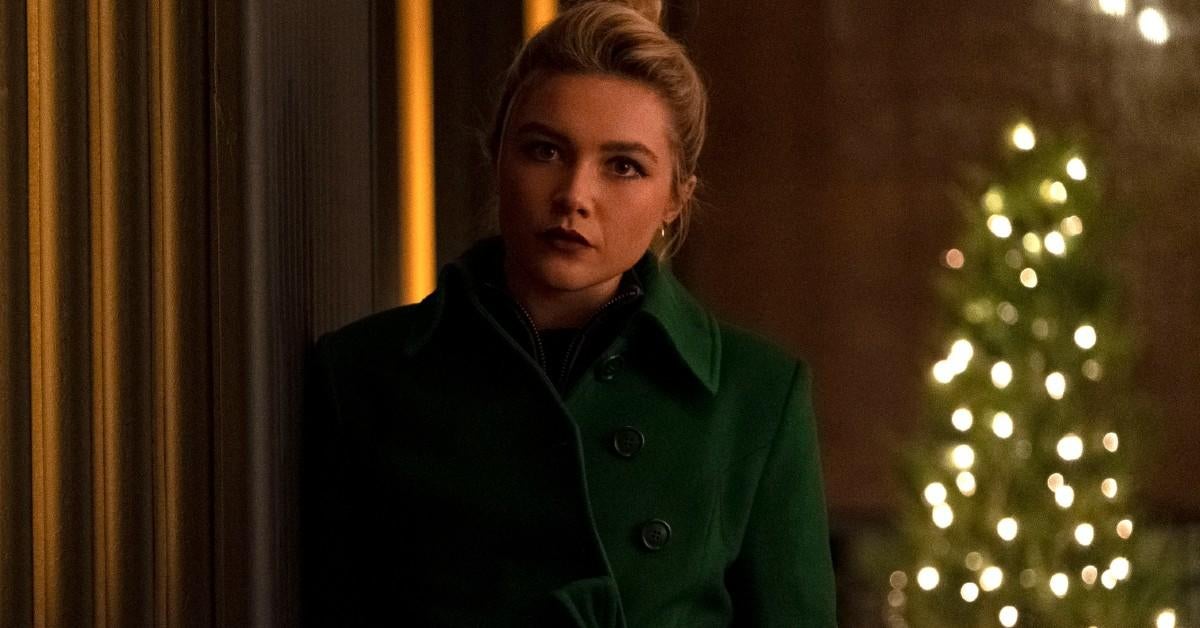 If there was ever any doubt, Hawkeye star Florence Pugh confirms the Disney+ Marvel series is, in fact, a Christmas show. Florence Pugh played Yelena Belova in Hawkeye, looking to avenge her sister after falsely believing Jeremy Renner's Emerald Archer was responsible for Black Widow's death in Avengers: Endgame. Luckily, Hawkeye and Yelena squashed their shortlived beef, with the latter set to return - and possibly lead - a new superhero team in Thunderbolts. The star is set to voice Goldilocks in Puss in Boots: The Last Wish, but it's not wishful thinking to confirm Hawkeye's Christmastime status.

Speaking to ComicBook.com's Chris Killian for a game of the Goldilocks Challenge for Puss in Boots: The Last Wish, Florence Pugh gave her thoughts on Hawkeye being a Christmas show. "It's quite Christmas-y. It's definitely Christmas-y," Pugh said. "It's totally Christmas-y, plus Hailee [Steinfeld] wears some fantastic coats in it and anytime people wear fantastic coats it's always like 'Mmm.'"

During an episode of Matthew Belloni's The Town podcast, Deadline's Justin Kroll stated that Yelena Belova will lead the team in the film. The report even claimed Thunderbolts is technically Pugh's spinoff from Black Widow.

"[Florence Pugh] has got the Marvel superhero that's already got a spinoff. Upcoming for her, actually, on that character is this Thunderbolts film, which is basically Marvel's Suicide Squad. Hopefully, it has better results. But the concept is it'd be her leading the team of like Wyatt Russell's [John Walker], Daniel Bruhl's [Zemo], those anti-heroes that aren't exactly good but aren't exactly bad. So there's that. And people seem to like the Yelena character."

You can catch Florence Pugh in Puss in Boots: The Last Wish, only in theaters on December 21st.