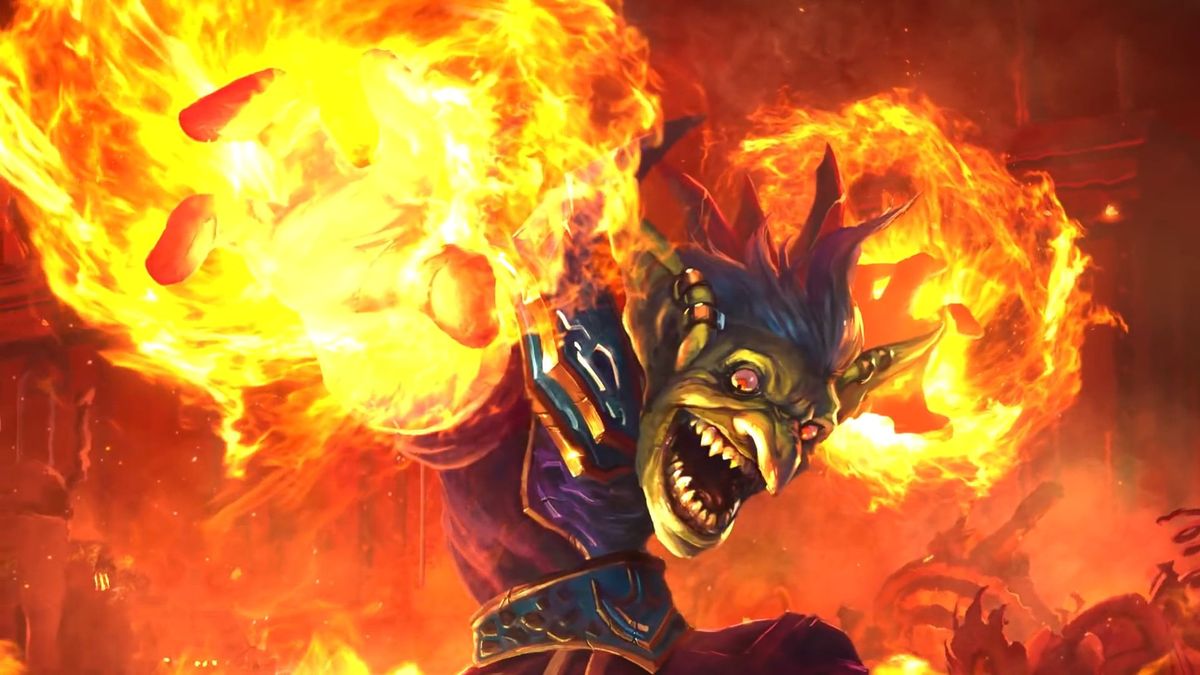 The Oxford English Dictionary was far from the first attempt to catalogue the English language, but in its conception and execution it remains, in this amateur lexicographer's opinion, the most comprehensive attempt to pin down our wonderfully wriggly language. In recent decades one of the tricks that Oxford University Press has deployed to maintain interest in the OED project is declaring a "word of the year" which, in the last decade especially, has become an internet-inflected award: in 2013 the prize went to "selfie", while in 2015 it went to the "emoji tears of joy".

Both of these were chosen by the lexicographers who contribute to the OED, but this year saw a change: the first ever Oxford word of the year to be decided by public vote (based on a shortlist produced by the OED).

Now, here we get into the good stuff. The OED describes "goblin mode" thusly:

"'Goblin mode’–a slang term, often used in the expressions ‘in goblin mode’ or ‘to go goblin mode’–is ‘a type of behaviour which is unapologetically self-indulgent, lazy, slovenly, or greedy, typically in a way that rejects social norms or expectations.’"

That's what I'm talking about. The OED believes the word first appeared on Twitter in 2009, before going viral on social media this year thanks to a mocked-up headline about Julia Fox. Lexicographers posit that the relaxing of lockdown restrictions and people venturing out a bit more may have contributed to the word's popularity.

"Seemingly, it captured the prevailing mood of individuals who rejected the idea of returning to 'normal life', or rebelled against the increasingly unattainable aesthetic standards and unsustainable lifestyles exhibited on social media," reads the award citation. Amen to that.

Several examples of the term in use are provided. From the Guardian: "Goblin mode is like when you wake up at 2am and shuffle into the kitchen wearing nothing but a long t-shirt to make a weird snack, like melted cheese on saltines”. The more uptight London Times, meanwhile, bemoans that "too many of us… have gone ‘goblin mode’ in response to a difficult year."

The OED even cites PC Gamer and our recent article saying "We must put aside our petty differences and vote for 'goblin mode' over 'metaverse' as the Oxford Word of the Year", which went on to explain that "goblin mode rules".

"We were hoping the public would enjoy being brought into the process, but this level of engagement with the campaign caught us totally by surprise" said Casper Grathwohl, president of Oxford Languages. "Given the year we've just experienced, 'goblin mode' resonates with all of us who are feeling a little overwhelmed at this point. It's a relief to acknowledge that we're not always the idealized, curated selves that we're encouraged to present on our Instagram and TikTok feeds.

"People are embracing their inner goblin, and voters choosing ‘goblin mode’ as the Word of the Year tells us the concept is likely here to stay."