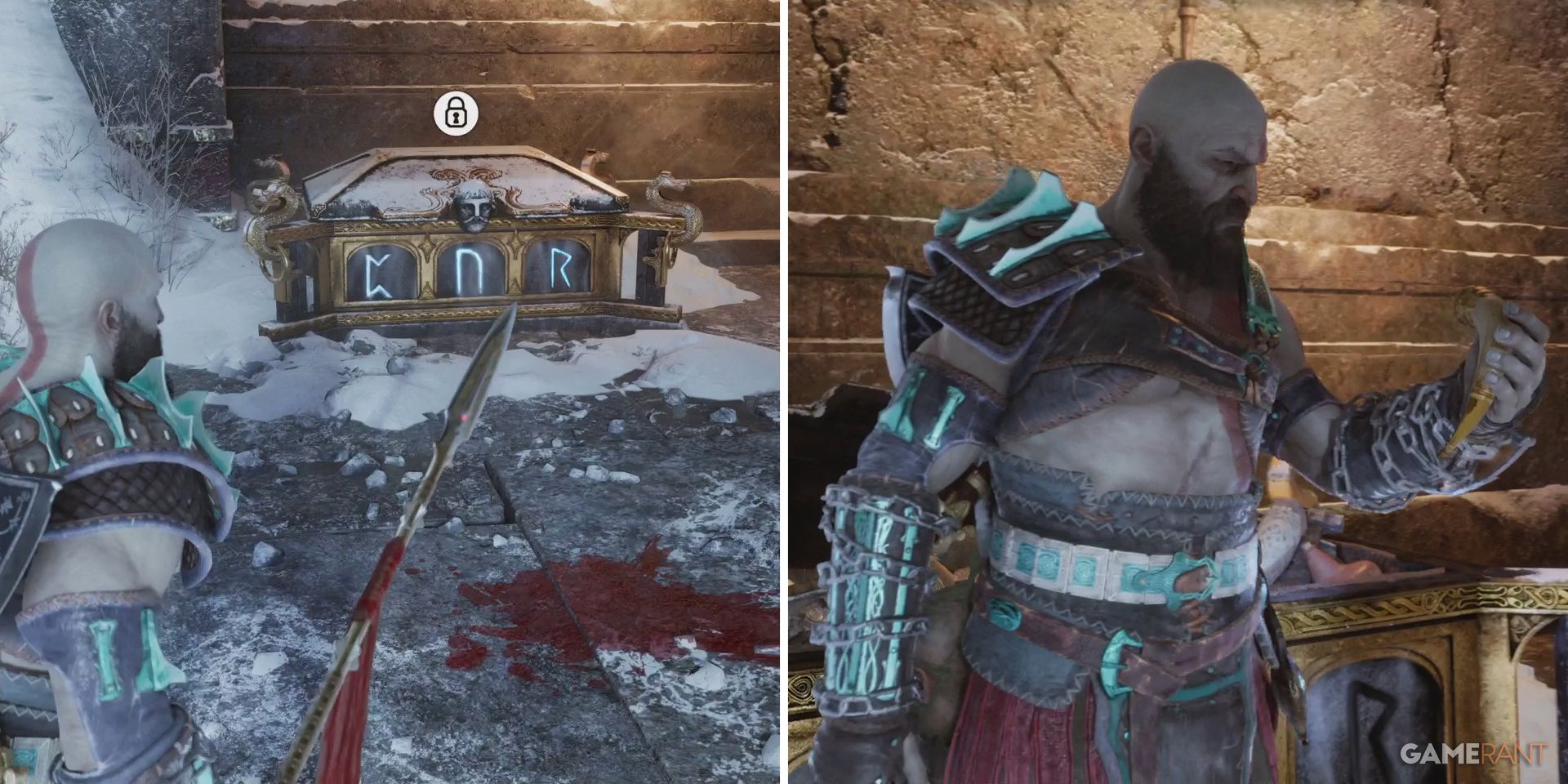 Given how much of the previous game took place in the realm of Midgard, it's surprising how little time players spend there as part of God of War Ragnarok's main story. Thankfully, however, there are still plenty of side quests that take place in the realm, including the Sigrun's Curse favor, which sees players visit several areas surrounding the shores of the frozen Lake of Nine.