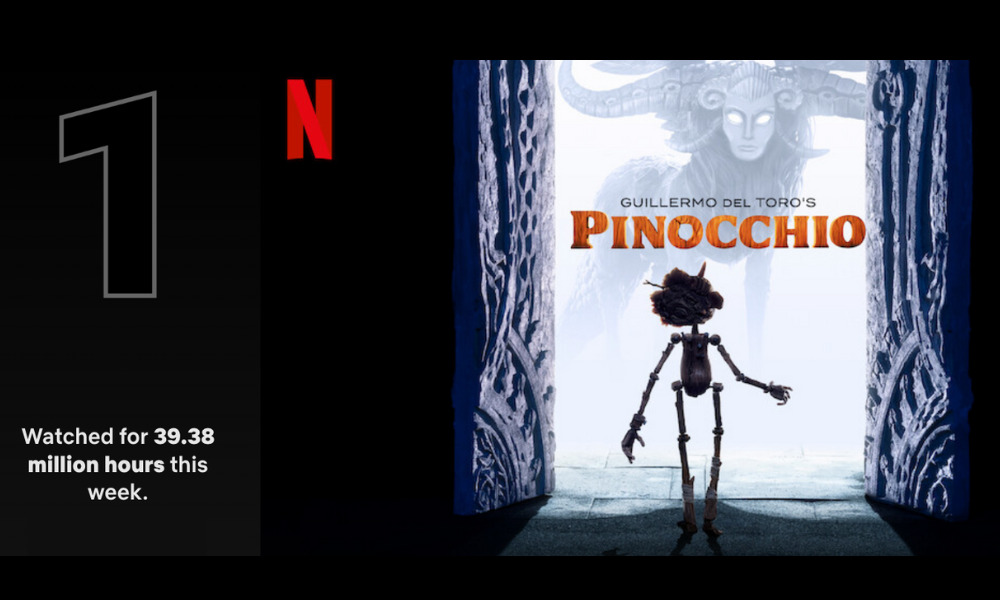 With a “Certified Fresh” score of 97% on Rotten Tomatoes, Guillermo del Toro’s Pinocchio topped Netflix Top 10’s English Films list for the week of December 12-18, with 39.38 million hours viewed. In its second week, critics and fans alike are falling in love with the film, which has received Golden Globe and Critics Choice […]