Same letters, new premise. A new CTR game is on the horizon, with Crash Team Rumble dropping on next-gen consoles in 2023!

Yes, you read that right, there’s going to be a new CTR multiplayer game. This time, however, Crash and the gang are swapping out racing for rumbling, with action best described as a crossover of Fortnite and Super Smash Bros.

That’s got your attention, hasn’t it!

Announced at the 2022 Gaming Awards, this new Crash outing looks set to be completely barmy from start to finish, and we can’t wait to dive into the action.

Here’s what we know and a look at the gameplay below! 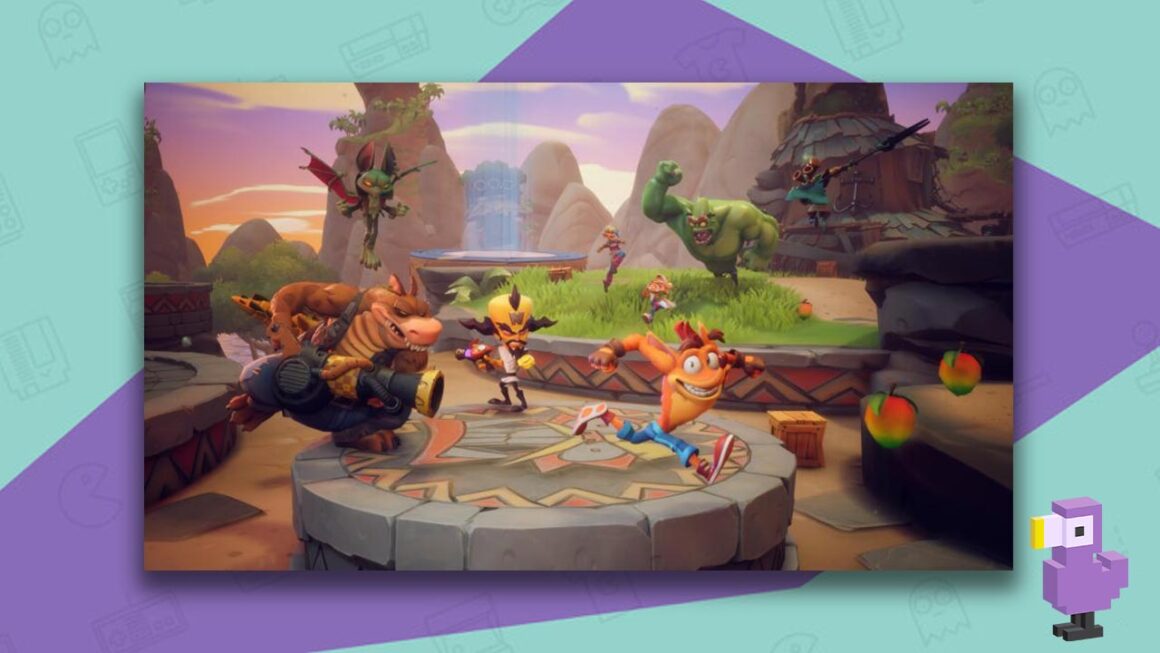 Of all the announcements and awards at the 2022 Gaming Awards, this is the one that has us most excited. Call us old fashioned or nostalgic for our favourite character from the best PS1 games era, but seeing Crash in a new game always makes us feel like kids again.

Crash Team Rumble sees Crash and the gang returning to our screens in 2023 with epic multiplayer madness.

And yes, it’s going to be online.

It doesn’t matter whether your’ve got a friend in Finland or a mate in Manhattan, players all over the globe can get together and attack each other in epic Crash-themed arenas.

What Is Crash Team Rumble? 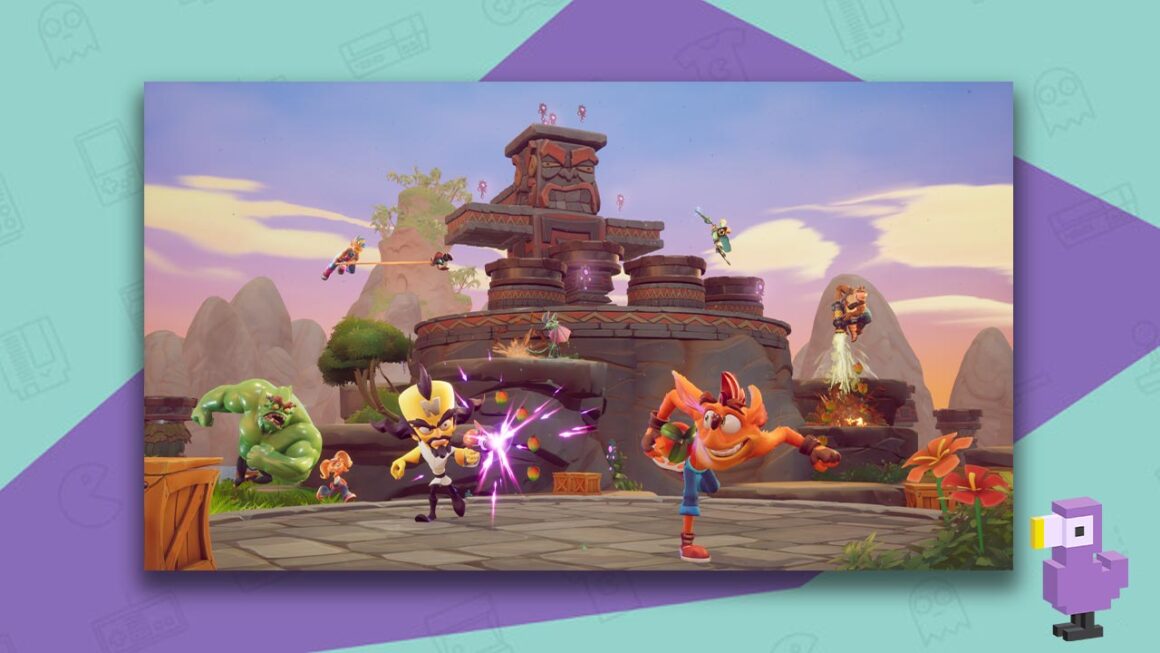 We all know how much Crash loves his Wump fruit; we’ve been collecting it from boxes for years now.

Well, in this battle brawler game, players compete to get the most fruit and deposit it into a drop zone. It’s like a really tame version of the Hunger game with Dingodile and Neo Cortex joining the party.

Chase players, jump out and attack, and use special abilities unique to each character as you do whatever is necessary to win. 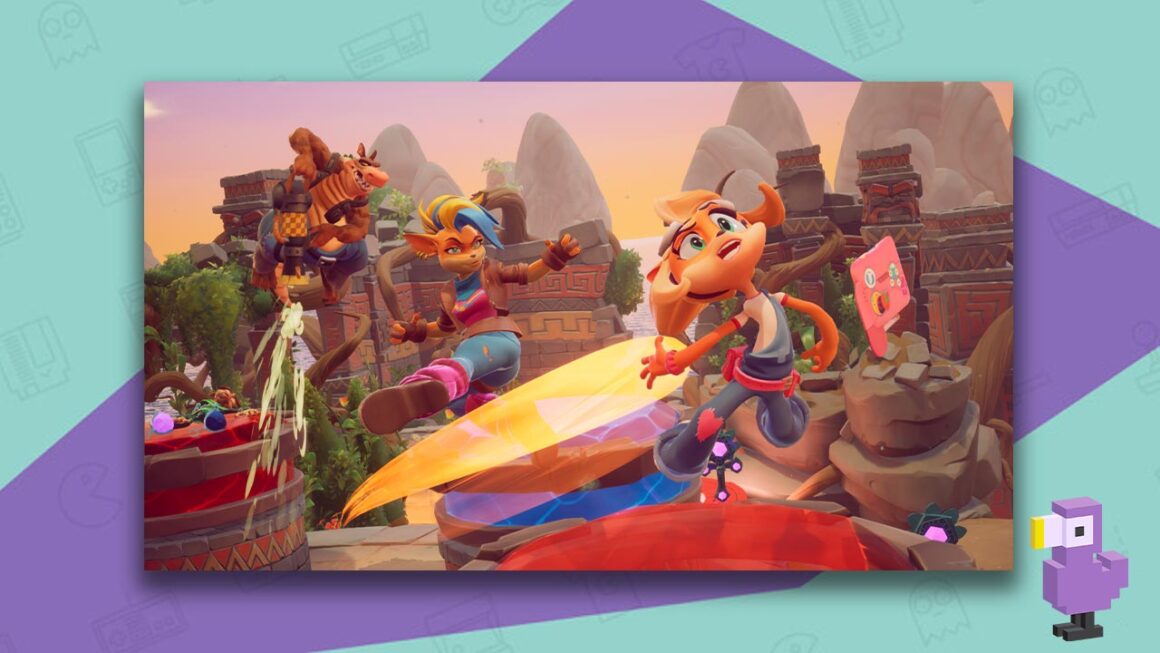 The graphics look amazing, though we wouldn’t expect anything less from a game dropping on Next-Gen consoles.

The bad news for Nintendo fans is that there hasn’t been an announcement about the game heading to Switch yet. There’s still time, though after the success of the N-Sane Trilogy on Ninty’s Hybrid Handheld, I’m surprised it wasn’t included in the line up.

Still, at least it’s coming to PS5, PS4, Xbox One and Xbox Series X. I can already feel the PS5 controller going haywire whenever I get thrown into a wall while playing with the Dodo team!

One thing is for sure – this is going to be the multiplayer game of the year once it drops. I can confidently say that before it’s even dropped, and that’s just from watching the trailer alone!

It’s about time we got a new Crash multiplayer and not a revamped version of an old game. Crash Team Rumble is going to make and break friendships just like Smash Bros, Fortnite, and Overwatch.