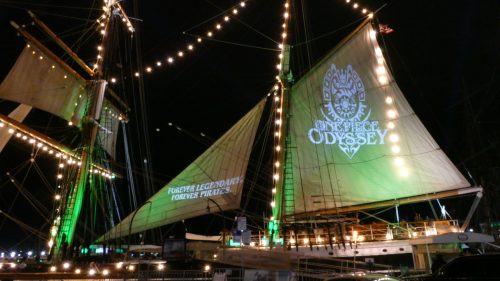 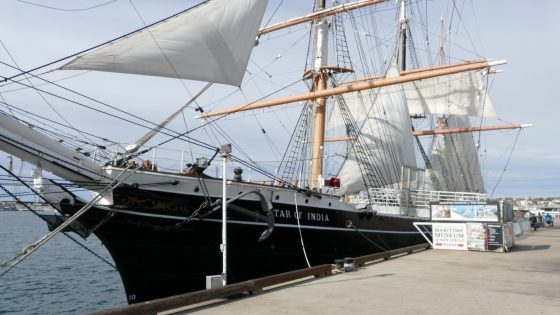 Hello Folks and welcome to Honey’s Anime. In this article, we’ll be giving you our experience from the invite-only event hosted by Bandai Namco Entertainment, One Piece Odyssey! This was a special event in promotion of the One Piece Odyssey game releasing on Jan. 13, 2023, for PlayStation 4 / 5, Xbox X / S, and Windows PC. This event was a PR-only event and was also to celebrate the 25th Anniversary of One Piece. What a way to celebrate, if you ask us! So, let’s go ahead and give you the tour! 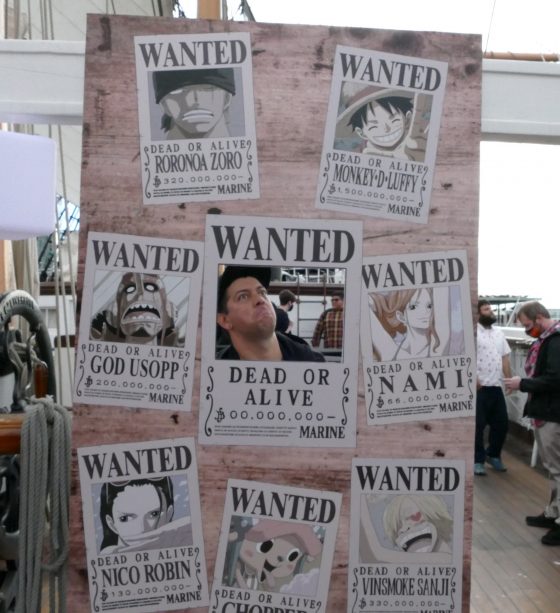 When we were first initially contacted by Bandai Namco, the invite was asking the usual but with a key phrase in there, “Would you like to be added to the ship's manifest?” That was already a huge hint of what was to come, and of course, we said “Yes!” So we packed our bags and headed down to San Diego for a fun event. At least…that’s what we thought… Nah, we're pulling your leg. It was beyond phenomenal! ^_^ We arrived in San Diego and got settled in our hotel. All expenses by Bandai Namco. On the day of the event, which was almost all day, the Bandai crew walked us PR folks to the pier where an old ship was located. This ship is known as the Star of India—the world’s oldest active sailing ship. She began her life on the stocks at Ramsey Shipyard on the Isle of Man in 1863. While on this ship, there are many informative signs about the ship and its life journey in the open waters, which only solidified the feeling of excitement in my body as this is where we are going to experience the One Piece Odyssey game. On a freaking Ship! 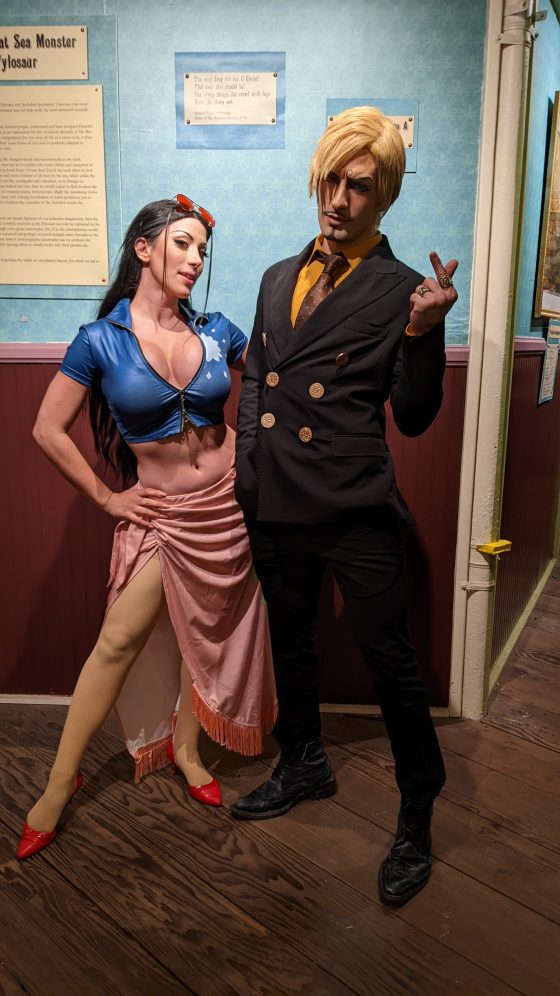 Bandai Namco Entertainment gave us a tour of the ship before heading to the second level/deck where they had a bar with refreshments and a snack table with hors d'oeuvres. The event began with a 15-minute keynote speech from Producer Katsuaki Tsuzuki who has worked with the other Producer, Rei Hirata, for over 6 years now. This keynote speech was a pre-recorded video as Tsuzuki-san was unable to attend due to final checks of the game before release. Katsuaki Tsuzuki-san talked about their journey making One Piece Odyssey and how the challenges they faced during development brought a lot of hardship due to the pandemic but also how they overcame and worked together the best they could to bring a quality game to consumers. There was something that they showed us that has never-been-seen-before but…we aren’t going to tell you as it is pretty hot and we think it would be very nice for you to find out on your own. 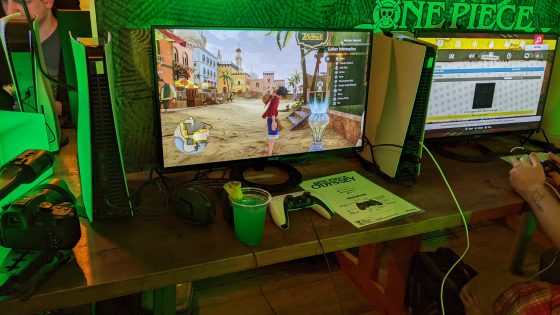 [sourceLink asin="" asin_jp="" bookwalker_id="" cdj_product_id="" text="" url="" ]
After the keynote speech, we were then taken to the gaming stations where we got to play One Piece Odyssey on the PlayStation 5 for about 2 and a half hours of gameplay with One Piece Odyssey and it was very nice! In fact, you can read our preview of the game by visiting this link, here. To give you a small taste of how the game plays, it is wonderful to play One Piece Odyssey as it brings a breath of fresh air to the RPG genre. Bandai Namco Entertainment is taking a risk to jump from the traditional play-style of One Piece, but it is taking it to a whole new level. They did a great job with it and it excites us, much like Yakuza: Like A Dragon did. Now, after we had an hour or two with the game, it was our turn to conduct our interview with Producer Rei Hirata. We had a wonderful time with him and he answered our burning questions. It was a group interview so there were other media outlets present but that was alright! In fact, look out for an interview we conducted with Producer Rei Hirata, later this week or next!
[ad_middle ]
The Dinner 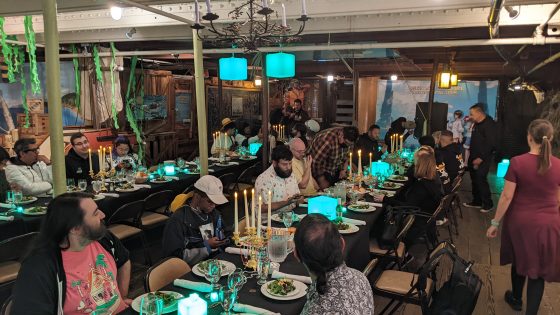 After everything was done we all were treated to a wonderful dinner in the lower levels but above the keel of the ship. It was like dining with pirates in a pirate shop. An ultimate experience to have if we say so ourselves. There was also a photo booth near the dining tables with Luffy Lim posing for the picture in style!~

The last and final experience we had was gift swag! We’re talking jackets, lanyards, hot/cold carrying bags, and an amazing wanted poster assigned to each journalist present—a picture of ourselves, of course. Now we feel like we’re part of the Straw Hat crew. Leaving the event with chills of joy and memories that’ll last ages. 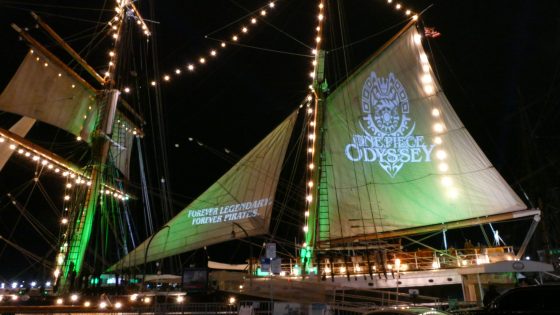 This brings us to the end of our event coverage. We know this is an invite-only event that not many can experience but we wanted to share our experience with you as this was part of the 25th Anniversary celebration for One Piece. Hopefully, this also shows you the dedication Bandai Namco Entertainment puts into their IPs and how they do it for us! We also hope you enjoyed the pictures we included here. We couldn’t take much but this is what we could get for you all. Make sure to mark your calendars for January 13, 2023, when One Piece Odyssey will release on PlayStation 4 / 5, Xbox X / S, and Windows PC. What did you all think about the event experience we describe to you? Are you going to get One Piece Odyssey when it releases? Sound off in the comment section below and get ready for a great gaming experience.